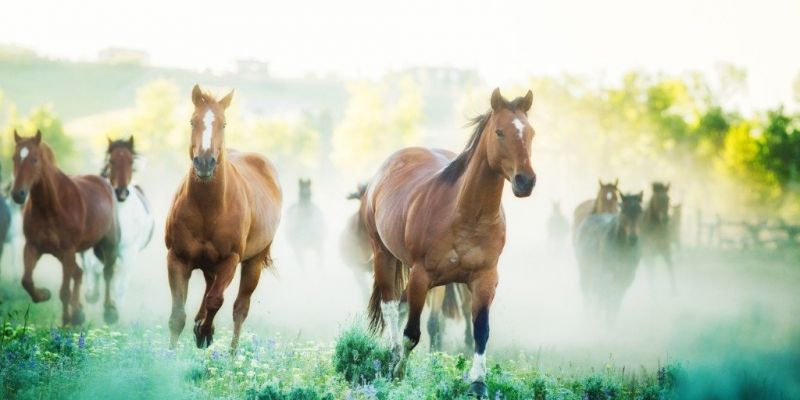 A few months ago, I was talking to a friend of mine about life when he said to me: “Maria, if you want something new, you are going to have to first get rid of the old. It’s the only way to make room.”

Damn, I thought. Ain’t that the truth?

One of my big New Year’s resolutions for 2020 was to clear out the old in every area of my life. I had made a promise to myself that this would be the year I would take a hard look at how I was living my life: my beliefs, my attachments, and all my stuff. I started sorting through things from my office, things from my time as First Lady of California, things from my parents, things from my kids (do yourself a favor and do not save all of your kids’ school things like I did), and so many other things that had found their way into storage when life got the best of me. In fact, I was already in the thick of shredding, digitizing, donating, selling, and clearing out old stuff when my friend’s comment triggered me.

Like millions of people, I’ve struggled with letting go, be it of a job, a person, memories, roles, identities, beliefs, and stuff that no longer serve me. But if one is really intent on clearing up and cleaning out, we have to look at it all – inside and out. (Americans spend $38 billion a year on self-storage, so I know I’m not alone in feeling this way.)

Speaking of stuff, I have an especially hard time letting go of photos. Photos of people I love. Photos of moments that have brought me joy. They all mean a lot to me, but I’ll admit it: I have too many! In fact, last year, my cousins Caroline and Sydney came to visit me and, for fun, they counted up all the photos in my house (I’m not going to tell you the total).

At the start of the year, I decided to be intentional about clearing out the old in every area of my life. Now, as I head into the holiday season, I’m proud to say that my load is way lighter than it’s ever been. That doesn’t mean it’s been easy or that I have accomplished everything I set out to do, but I have worked really hard at it and I’m proud of myself.

I mention this because I think the country has been doing the exact same thing and that, just like me, it’s now standing on the precipice of a new beginning. The other night, my daughter Christina said, “You know, I was sitting alone watching TV when they announced that Joe Biden was the new president-elect and something inside me shifted. I felt something that I hadn’t felt in years: a sense of relief. I felt safe.”

Christina said she didn’t even realize how much deep-seated unease she was carrying, and how she had come to normalize it over the last few years. Then, on that Saturday, she felt this unexpected shift in her core. I know she is not alone in adjusting to things feeling different. She says it feels like a wave of optimism has come over her, but I know that for others this new moment is bringing up feelings of uncertainty and anxiety.

For so many reasons, many of us struggle to let go, move on, and accept the new. We stay in jobs that we’ve outgrown. We stay in relationships where we know we are no longer loved. We stay in all kinds of situations way too long because it’s too scary and too confusing to let go and step out into the unknown. So instead, we hold off and we store all these things up for years because we’re too afraid we might implode if we finally give it the hard look it deserves.

By all accounts, 2020 has been a landmark year for looking at our “stuff.” The stuff in our streets. The stuff in our politics. The stuff in our homes, in our relationships, and in our families. In real time, we’ve looked at our national story and dared to uncover parts of it that were stored away. We’ve exposed the untrue parts so that the truth can see the light of day. We’ve been brave enough to confront falsehoods and step out into the truth of what was and what is. I believe we have intentionally done so in order to unburden ourselves from the past and embrace the new.

When my desire for the new finally outweighed what was holding me back, I embraced a strength I didn’t even know existed within me. It’s almost as if my journey of uncovering what was in my storage boxes has mirrored the country’s journey of looking within its storage vaults. Old stories, like old stuff, carry an energy with them. They are often heavier than you even realize, and it’s not until you are brave enough to open the boxes that you encounter the emotions that you’ve been storing—emotions that do not serve you in your present.

So, in these uncertain times, or in this new era, here’s a thought: What if we all imagined ourselves collectively going through the boxes of our lives? What if we willingly opened up things we’ve been too scared to deal with, with the intention that a new sense of freedom could be on the other side?

Now be gentle with yourself because this is deep, emotional work. It takes a lot to stare at your past, to say goodbye to it, to shred what needs to be shredded and to move on. It’s hard to let certain things go when you have no idea what’s around the corner.

So, what is around the corner, you ask? I can only tell you what I’ve been telling myself as I’ve shredded myself to this place. I told myself that living without knowing what was in my boxes was dragging me down. I told myself that holding onto old stuff was making it impossible for me to pave the way for what could be. I told myself that living without thinking I’m brave enough to face what I’ve been storing deep down within me was selling me short. Living weighed down by my past was making it hard to make room for the future. It didn’t allow for me to stand out in the open in my magnificence.

Yes, standing out in the open can feel scary. Standing on the precipice of your next chapter can feel daunting, especially at my age. But it’s why you are here. You are here to walk out into your own life, no matter your age or what you have been through.

Watching Joe Biden at the age of 77 jog out onto the biggest stage of his life last Saturday moved me to tears. Joe Biden speaks vulnerably about the pain of his past. It has shaped him and touched him, but it has not held him back from jumping feet first into this new chapter of his life, one that commands him to take on the monumental task of leading our nation through this ever-worsening pandemic and restoring a sense of hope and possibility.

It turns out that my friend was right. To make room for the new requires letting go of the old. When you do, there are no guarantees that what you’re hoping for on the other side will actually materialize—be it love, be it a new job, be it acceptance or understanding (or maybe it's the presidency like it was for Joe Biden). But at least, if you try, you will know that you did everything you could to not allow your past to determine your future. You will have given yourself the gift of possibility. That in and of itself is a big accomplishment.

As for all my photos, well, you’ll have to stay tuned. I did take a few away, but I kept the frames. Why? To make room for the new.

Dear God, please help me live my life unafraid. Help me to never fear looking down my past to learn from it and be brave enough to pave the way for new beginnings. Amen.