A Different View on the 2017 Election God’s Handprint

The election did not go like I had hoped it would. That said, I have spent a great deal of time in prayer and contemplation of the outcome and what it could mean for the USA and for me.

It has been simply too bizarre to not have a deeper meaning and by the way, I am not even sure what “deeper meaning” means other than - more than we can see. Often, people lose confidence in prayer when life turns a different way than how they prayed for it. Especially this election.

I have heard that more prayer circles were put together prior to election than ever before in history. The groups I know of were simply praying for “God’s Will” and for the “perfect, right person” to be elected. I am guessing many were also praying for a specific person. I, personally, along with many thousands of others was praying for the “highest and best good for our country.”

I believe in the power of prayer.

That said, I will tell you my faith, trust, and belief in prayer has not changed simply because the election did not go “my” way. What I have had to do, however, is regroup and think again about what it all means. As I said at the beginning of this blog, there has to be more to it.

I had to unpack it all in my mind and in my heart. I began with the facts as I believe them to be:

I believe in the power of prayer.

I believe huge crowds of people prayed for our highest and best.

I have never seen a campaign year and election such as this year.

The person with the majority of votes did not win the election. (not a first, but the margin, I believe, is).

I see large numbers of FB pages and websites springing up in protest.

I am seeing marches - greater than anything I have ever seen - marching for civil rights and personal freedom.

Knowing the above list to be true, I am choosing to believe there is a purpose higher than anything I can comprehend. If I really believe in the power of prayer than I actually have no choice than to believe the prayers were answered. for our highest and best good. It is not uncommon for my prayers to be answered differently than my expectations. Please do not think for one minute I have “switched sides,” I have been simply trying to find meaning and purpose in the insanity if front of me. I also am not capable of thinking up a lot of this and have been getting mental downloads from a source beyond me - I suspect, in answer to my prayers. It has always been my view since “forever’ that when really, really bizarre events unfold in my life, that God’s Handprint is all over it.

I actually began to wonder about a higher view early in the campaign when massive numbers of “haters” came into my awareness. I started wondering then, “what could this mean?”

I personally have believed for quite a few years that we, as a country, were moving forward in a very positive way regarding issues of civil rights and treatment of all minorities and marginalized groups. I erroneously believed we we becoming a nation of unity in our fair and equal treatment of all. Little did I know.

I became grateful to Donald Trump for sucking out the vile - the bigotry, the hate - the racism - from the shadows. I got to see that pure, unadulterated hate was not only still very much alive, but in abundance. I think that was my first big shock.

However, I put all that in the “Divine Box” and saw it as a good thing, meaning, if this hatred exists then it is good we now about it. It can now be healed that it is in the Light - like shining light on vampires - it destroys them.

I thought, this is good, dig up the hatred by the roots and get rid of it. It reminded me of mowing a lawn that has some weeds popping up. How many of you simply mow them down along with the grass? I have many times. What usually happens as I continue to lop them off at the surface? They continue to grow -rapidly- under the surface. Along with the growth, they get thicker and tighter until the lawn mower no longer can cut them. Ooops. What then? Now, out comes the shovel and the hoe and the picks and the “whatevers" and we dig, dig, down to and under the roots.

So there we were, I thought, with the roots exposed to the Light and know the healing of our nation could begin. Have I changed my mind? No, it is now simply looking a lot different than my original pollyanna vision.

Frankly, I do not have a new vision - only a gut feeling and a divine knowing deep within my heart and soul that this is only the beginning of a new era.

It took a this dramatic turn of events to wake up and shake up America. Look at the revolution! Look at the millions of marchers! Look at people coming together for the common good. It took a bizarre election for America to open up and for every single human to evaluate and perhaps re-evaluate their core beliefs. To ask, “what do I want for my life?” “What do I want for my America?” and then to take action - to speak up, to act up for what we believe. THAT is what is happening as I write this. It has not happened in many years.

What if all this HAD TO happen? We could not continue to cut the weeds off at the surface and pretend there were no weeds. We are now digging them up by the roots.

As ugly as it all appears, perhaps it is just the beginning of Enlightenment - the drawing of a new age. (the true age of Aquarius?)

This is a different view. This is my higher view, I see God’s Handprint - all over it.

God Bless America and ALL Americans. 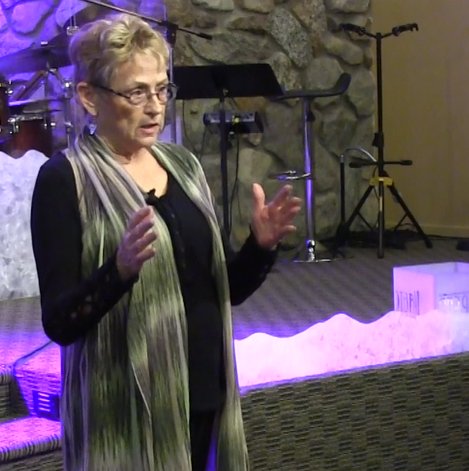 Carol Davis is a published Author, Speaker, Workshop Facilitator, and Spiritual Guide who is able to express her ideas in refreshingly clear, unique and creative ways that demonstrate her compassion, and insights about life.

She is an over-achiever at overcoming adversity who views any and all obstacles on her path as exciting challenges and is fond of proclaiming, “even bad things happen to me good!”

Carol has truly experienced a full spectrum of life, going from riches to rags and back again to riches. Knowing the power of her experiences of life have to empower others, she is always open and willing to share about her personal life journey. Nothing about her life is off limits, including the time she spent sleeping on a park bench, being arrested in a Communist country, surviving cancer twice and so much more.

More posts from author
Saturday, 04 July 2020 Rebooting
Tuesday, 14 April 2020 Locked down While the Earth has this Chance to Heal Itself
Saturday, 26 October 2019 The Wheels of my Ministry
Comment for this post has been locked by admin.