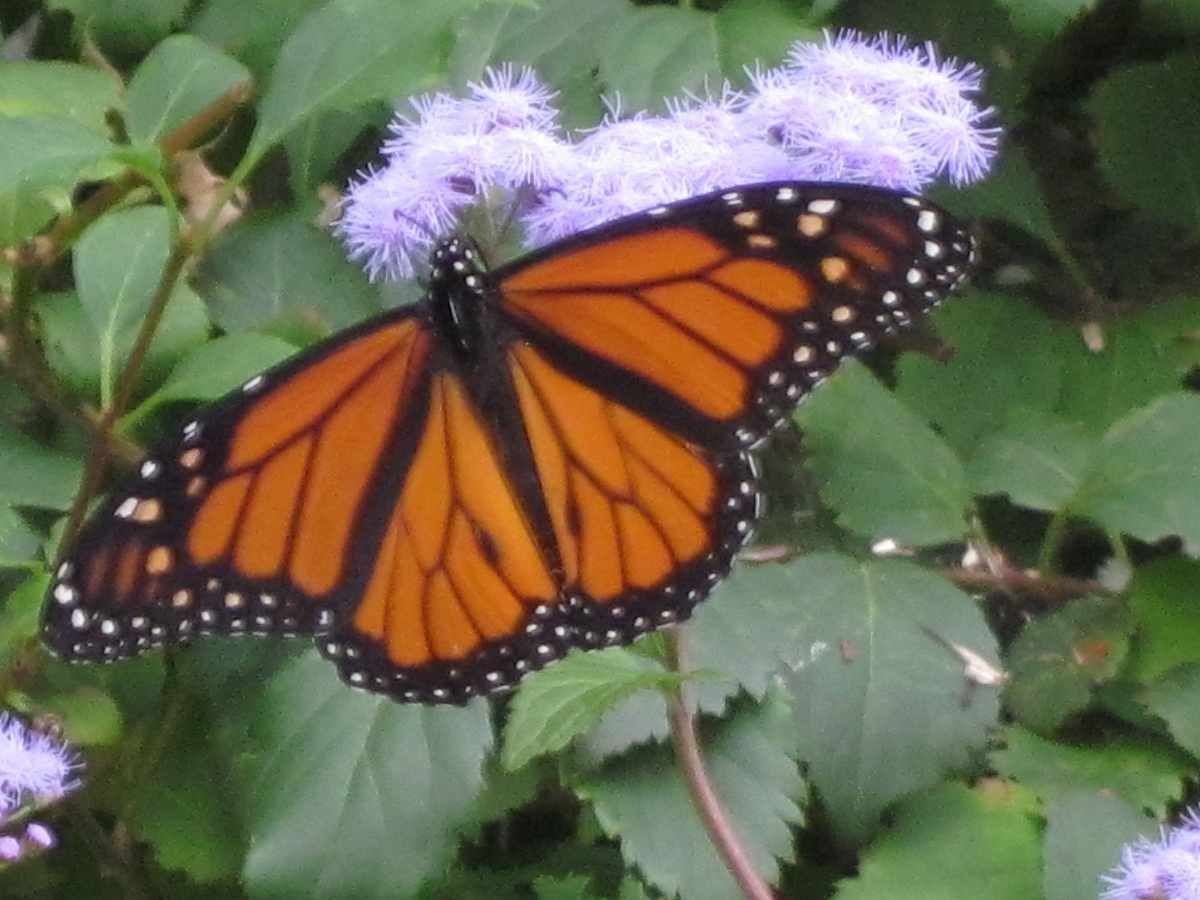 The aptly named “butterfly effect” has become well known in recent years as people begin to take seriously the interconnectedness of all life on our planet, as well as the nature of energy itself. The name refers to the possibility that the movement of a butterfly’s wings affects the world around it in unforeseen ways. The greater truth of this idea resonates within my own life again and again, often quite literally.

Several weeks ago, I reread Sharon Salzberg’s book Faith, published in 2002. I had read it then, but I was moved to take it off the shelf again because its title called to me strongly. As my spiritual journey has deepened, I have found myself repeatedly stepping off the edge of certainty (or the illusion of it) into the unknown. Over the past two months, everything seemed to fall away until I realized that I was being asked to move forward completely on “faith.” Thus my reason for rereading Sharon’s book. With each chapter, I saw how much more deeply I connected with it than I had 15 years before.

Sharon’s personal stories and insights met me right at the center of my own current experience. In her words: “Whatever takes us to our edge, to our outer limits, leads us to the heart of life’s mystery, and there we find faith.” Faith is in essence “the ability to move forward even without knowing.” Which, ultimately, we are all called to do in life, however we may resist it by building an iron-clad belief system or distracting ourselves with what we think are facts. In their wisdom, Native Americans called life “the Great Mystery.” Over the preceding weeks, I had found myself spiraling at the center of that mystery. I kept moving forward inch by inch until finally a wider perspective presented itself in the one word faith. I understood that I may never know with my mind, but I will always know with my soul. And it was my soul that guided me to Sharon’s book.

I decided to read the last few chapters of Faith sitting out in my backyard. When I walked out the door, book in hand, the first thing I saw was a monarch butterfly flying from flower to flower in my garden, my first sighting of the year. Monarchs have become less frequent visitors lately as their numbers diminish because of destruction of their habitat. However, its very presence, its brilliantly colored radiance, attested to the miracle of its survival in spite of all odds. My heart skipped a beat when it lifted its wings and soared right over my head and then circled back to land on another flower. Sheer magic.

After a time of just standing and watching the monarch in wonder, I settled into a lawn chair to read nearby. For more than two hours, it visited flower after flower. Periodically I looked up and gazed at its delicate beauty. As I read the last page, I could feel faith in the unseen divinity that is at the core of all life flood my soul with love and awareness. My small butterfly visitor embodied that blessing. It had come to renew my faith as it lifted its wings and my heart simultaneously. And this is also part of the butterfly effect: The butterfly’s divine life force and magical beauty moves our hearts into alignment with the grace of God’s presence, where faith resides, always. From that place, we too can share our own beautiful life force with others and lift their hearts.

How To Stop Worrying and Have Faith