Is Life Really a Dream? 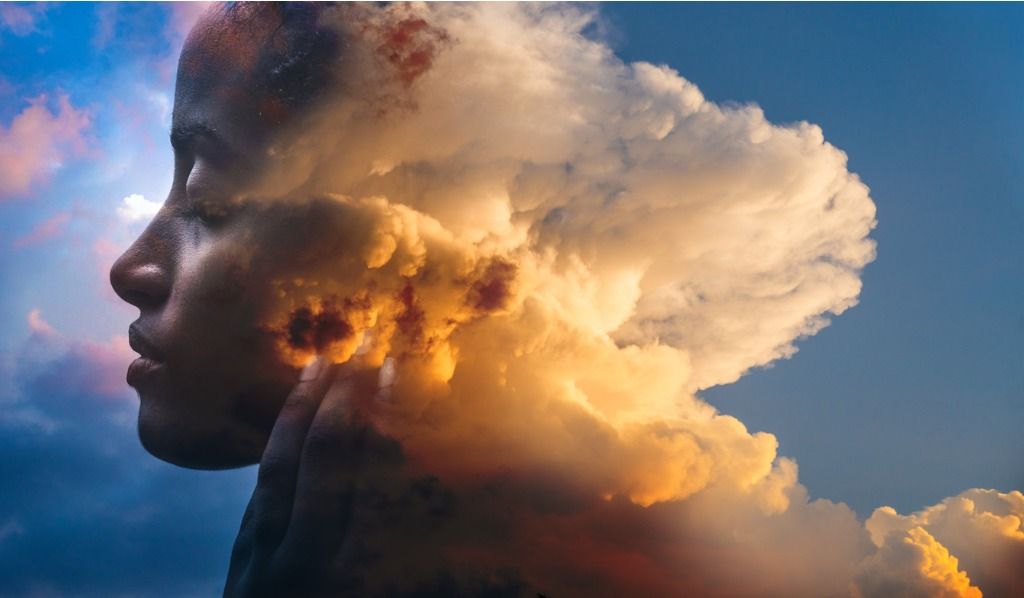 Is Life Really a Dream?

There are times when life goes out of kilter and the world doesn’t seem real and substantial anymore. Such experiences occur regularly, either to us or other people. For example, when there’s a sudden death in the family or a catastrophe like a tornado or the house burning down, a person can go into shock. With a blank stare they reveal how dislocated their existence suddenly feels, saying things like “This can’t be happening. It’s unreal” or “Nothing matters anymore.”

It’s normal for this dissociated state to pass, and in time reality feels real again. But some people never return—after a psychotic break, for example, a percentage of mental patients become chronically schizophrenic and have hallucinations for the rest of their lives. But the feeling of “This can’t be happening, it’s like a dream” doesn’t have to be triggered by shock. When someone is ecstatically happy at their good fortune, everything can seem unreal.

I’m pointing out these experiences because they give a basis for the notion that life actually is a dream, but we don’t notice it unless there is a sudden dislocation, a moment when we glimpse the dream for what it is before lapsing back into it quite unconsciously. A passing glance at the history of philosophy indicates that the Eastern view of Maya and Plato’s image of the cave are declarations that the illusory nature of life has fooled us, with the exception of the few who have wake up and seen the “real” reality.

In Plato’s image, everyday life is like watching shadows at play on the walls of a cave, and only those who turn around and see the sun projecting the shadow play know what is real and where the illusion came from. Philosophy isn’t a potent force in modern life, but there’s literature to consider. The dreamlike nature of life is central to Shakespeare’s last play, The Tempest, and the 17th-century Spanish playwright Pedro Calderón titled his most famous play La vida es sueño, literally “Life Is a Dream.”

Thus personal experience, philosophy, and art have endorsed an idea that reality can somehow feel totally wrong under ordinary circumstances. The world feels real and substantial 99% of the time, which is proof enough, one would think. But modern science, despite its reputation for being based on physical reality, cannot prove that “reality as given” is actually valid. Reality as given is a phrase used to describe an acceptance that the physical world “out there” can be trusted. As in everyday life, this trust is workable 99% of the time, but when we are dreaming at night in bed, a dream feels real until we wake up. In addition, it’s well accepted that the five senses cannot be relied upon—if they could, science textbooks would teach that the sun rises in the East as it moves around the Earth, or that solid matter is as solid as it feels when you stub your toe.

The bald fact is that nothing about “reality as given” can be scientifically proven. Matter can be reduced to invisible waves that have no definite location in time and space. The big bang created a universe where time and space exist, but there was a precreated state where no one can verify that time and space existed at all. Because we know body, mind, and brain through experience, they are also part of the dream. At bottom, “reality as given” has no validity except that it matches our experience. All phenomena in the universe come to us as experiences, and even when reduced to the abstract language of mathematics, experience is how math exists, too—there are no numbers in Nature, only our mental model that invented counting and found it useful.

I’ve sketched in a peculiarly intriguing mystery that has captivated the human mind in all its expressions—religion, philosophy, art, and science—and which keeps popping up no matter how much we try to ignore it and pretend that “reality as given” is good enough. It isn’t, because the testimony of people who have transcended everyday reality is just as valid as the testimony that insists on everyday reality. Jesus, Buddha, Plato, Shakespeare, Kant, and a batch of famous quantum physicists cannot simply be dismissed. They could be right when 99% of humanity is wrong, just as a single person, Copernicus, was right when the rest of humanity around him thought that the sun revolved around the Earth.

Most people are pragmatists and would wonder why this arcane notion of “life is a dream” makes any difference. It makes a difference because if some individuals have in fact waked up to expose the illusion for what it is, then what they have to say should interest us. We might want to transcend the dream, too, because the common testimony given by those who have waked up is very significant:

They no longer fear death. They identify with a self that is timeless and unbounded. They stop experiencing extremes of emotion. Their minds aren’t riddled with extraneous thoughts but feel calm, alert, and open. Wounds and traumas in their past no longer return to haunt them. They tend to feel detached, as if witnessing how life unfolds rather than being tossed and tumbled in the chaotic stream of daily events. At the height of the experience of waking up, they feel liberated and blissful.

A skeptic would shrug these experiences off as subjective and therefore unreliable—we’re all in the habit, in fact, of equating transcendent experiences with abnormality, social dysfunction, even madness. People who are different upset the social norm, which is actually evidence that the social norm is quite insecure at bottom. It holds up only as long as everyone—or nearly everyone—agrees with it. Outsiders are not welcome.

But dismissing the validity of waking up as mere subjectivity and being a social aberration are both red herrings. When people report that they have waked up, they are talking about a shift in consciousness, and such shifts are only validated through experience. A dream researcher can pinpoint through brain activity when a sleeper has gone into REM sleep and begun to experience a dream. But humanity wouldn’t even have a concept of “dream” without the experience of it. The sensations of pain and pleasure are similar. They exist as experiences before neuroscience has any clue what to look for in the brain.

If we stand back and drop all assumptions about “reality as given,” it is entirely possible that consciousness conforms to our mindset that it fits too tightly and too well. We are so convinced that our commonly accepted belief about a material world is the only valid perspective on reality, that we train consciousness to fit our understanding to the only the model we believe in. In other words, there’s a constant confirmation of the biases we want confirmed. Trapped inside a seemingly inescapable mental construct, we passively accept it. This brings up the most important thing to be learned from those who have waked up—the power to create and dismantle mental constructs is always present. As a birthright, human consciousness possesses the ability to create any kind of virtual reality imaginable. “Virtual” is the right word, because any mental construct is artificial and provisional.

There is no doubt that cultures rise and fall, creating systems of belief that grip the imagination for a while, often lasting for centuries, and individuals living inside the collective story create their own separate stories. But just as novels and romances must have an author, someone who is quite conscious of creating a fiction, the stories that grip people in their everyday lives must have a source that isn’t mistaken into believing the story is real. This source stands outside thought, words, images, and the stories they coalesce into. It is consciousness itself.

The argument for “life is a dream” arises not from a kind of stubborn refusal to accept “reality as given,” but from confidence that we are all conscious agents with the capacity to create and then project any version of virtual reality we choose. The trick is to be in touch with your creative source; otherwise, you fall for your own creation, as if Shakespeare believed he was actually Hamlet. “Life is a dream” presents the most liberating insight to enter the human mind, and it will never go away, because no other explanation tells us more about the “real” reality than it.