Science provides a model for Awakening 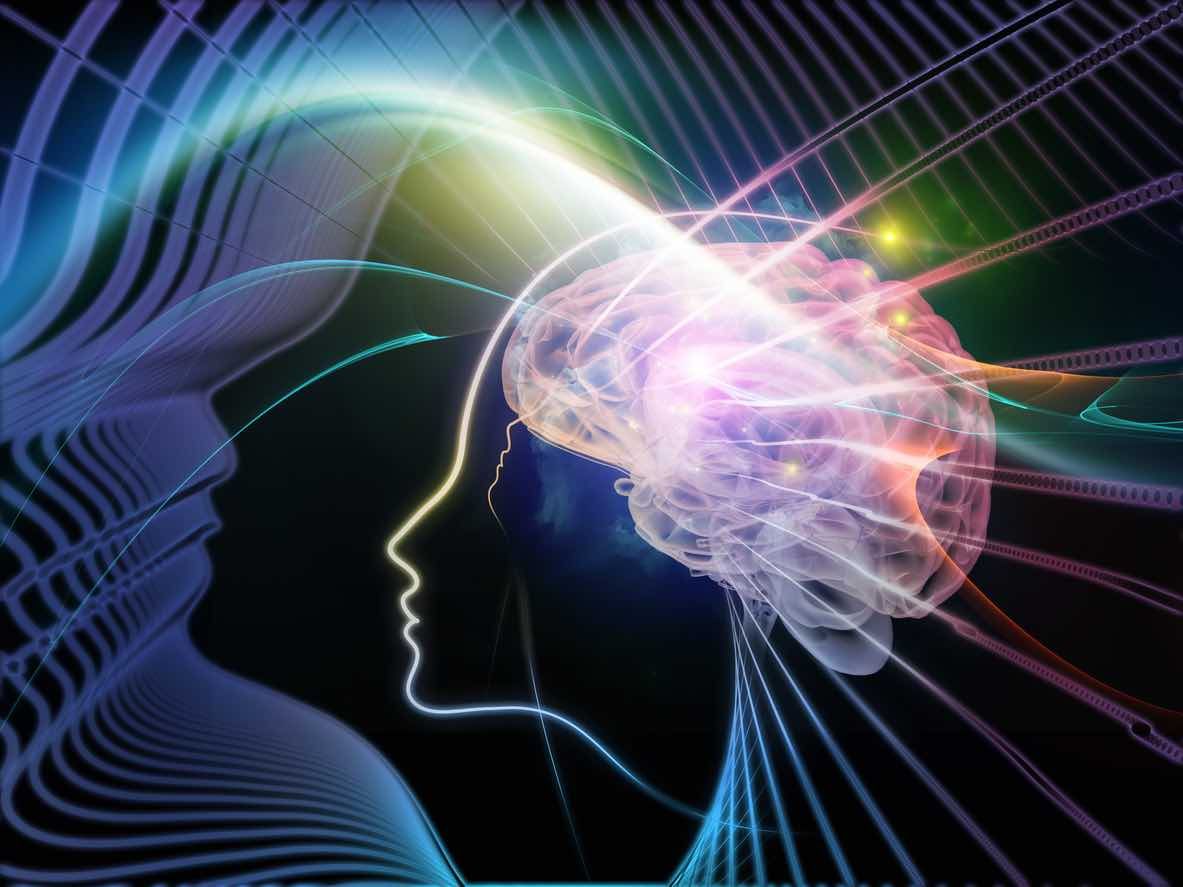 Science tells us that the world around us is made of tiny bits of matter called particles. We can get a sense for the truth behind this by breaking up anything around us into smaller parts. The piece of furniture in front of me, for example, can be cut smaller and smaller into ever-finer pieces. No matter how small the piece, however, it will still be particulate - a piece of something.

Science took this process to its endpoint by cutting up matter to the smallest possible size so far, and arrived at what we call elementary particles. Take a look around you. All the objects you see are aggregations of elementary particles that are only about 0.00000000000001 meters wide!

Going beyond the particle

Accordingly, these waves or vibrations that we localize as particles are also delocalized processes. Let's dig deeper.

If we say that a particle is also a wave, the next question is - what is waving? A wave in the ocean is the waving of water. If I wave to you, my hand is waving. So what is waving as a particle?

In the same article, physicist Anthony Zee answers, "Nothing is waving! There doesn't need to be water like with a water wave.” But the very fact that we know no-thing is waving is a clue that this answer is incomplete. While it is true that there is no particulate thing waving, the awareness of that absence remains, and in itself is concrete. One way to interpret this is by saying that impersonal awareness itself is waving as particles. But that's a big jump. Let's take a step back.

Going beyond the wave

We know that what we call waves are functions or aspects of a field. For example, an electromagnetic wave is an aspect of the electromagnetic field. What, then, is a field? Zee tells us, “If you press a physicist to say what a field is, they’ll say a field is whatever a field does.”

So the chair you're sitting on is made of particles, a particle is a wave, a wave is nothing waving, and the field it comes from is whatever it does. Huh?

There's another clue, and this one actually leads to an answer. A field exists in space. So when a physicist says that a wave is nothing waving, we know that in fact space still exists in the background. Could it be that space itself is waving? A scientist might interpret space and its sister spacetime as the fundamental physical reality of our world, but more precisely spacetime is a mathematical, 4-dimensional construct that we use to model our reality.

Before space can reach four dimensions, it first exists as the interval between two simultaneous points. In the absence of such "two-ness," the expanse that defines space cannot exist. Yet that two-ness, or duality, that defines space is not uniquely an aspect of the objective world. It defines the junction of the subjective (1) and objective (2). Once we are talking about the origin of space, we can no longer talk about just one side of a split duality because space permeates everything. Both scientist (1) and experiment (2) exist in space. Both the personal observer (1) and observed object (2) exist in space.

Therefore, the answer to what space is exists in our own experience. It is not only an external equation to digest but an experience each of us can notice. As a matter of daily experience, the two simplest points defining space are Here (1) and There (2). Here is defined by one thing and one thing only - the localization of your identity. Wherever you are (1), Here is. Wherever you are not (2), There is. When you are sleeping and there is no localization of identity, Here is undefined, and therefore There is undefined. When you are with family on a celebratory occasion and you say, "We are all Here," your sense of identity has expanded to include the people around you.

Mind and space are synonyms

The apparent wave-particle duality of quantum physics is not a contradiction. It represents two complementary mindsets. One can choose to see the wave or the particle depending on the frame of mind engaged. Ultimately, the more fundamental truth is that both wave and particle are fluctuations of mindspace.

The wave nature of mindspace is ever-present and noticeable

This choice of seeing a particle or wave reality is not unique to the sub-microscopic, quantum realm. As I said before, the relativity of space filters all the way up to the macro world we experience as human beings. Even a "particle" as big as a dining room table and your body has a particulate and wave nature. But to notice their wave nature (and your and my wave nature), we have to bridge the subject-object chasm, which means we have to bridge the objective and subjective aspects of the mind.

The challenge is that we are used to thinking of the mind as only our own personal thoughts and feelings. The mind is only Here, we say, how could it be out There as well? To see through this false divide, introspection and meditation are helpful. Wherever you feel that sense of division, rest your attention on it. With this simple exercise and patience, the mind dissolves its own barriers and evolves through three stages:

This evolution of the mind is what is known as awakening. We awaken from the sense of personal limitation to the experience of total inter-connectedness, and further, into the beyond. Here becomes Everywhere and Nowhere simultaneously. There is non-existent. Alone becomes all-one. Along the way, all apparent contradictions are integrated and resolved, including the questions of science, the abstractions of mathematics, the doubts of philosophy, the edicts of religion, the practices of spirituality, and the quandaries of daily life. All come to a hush.

It's just another Tuesday.

More posts from author
Friday, 02 February 2018 I Tried To Run Away From #MeToo
Wednesday, 29 November 2017 What is the ego?
Saturday, 18 November 2017 Waking, dreaming, and sleeping happen in you

Look Out for One Another