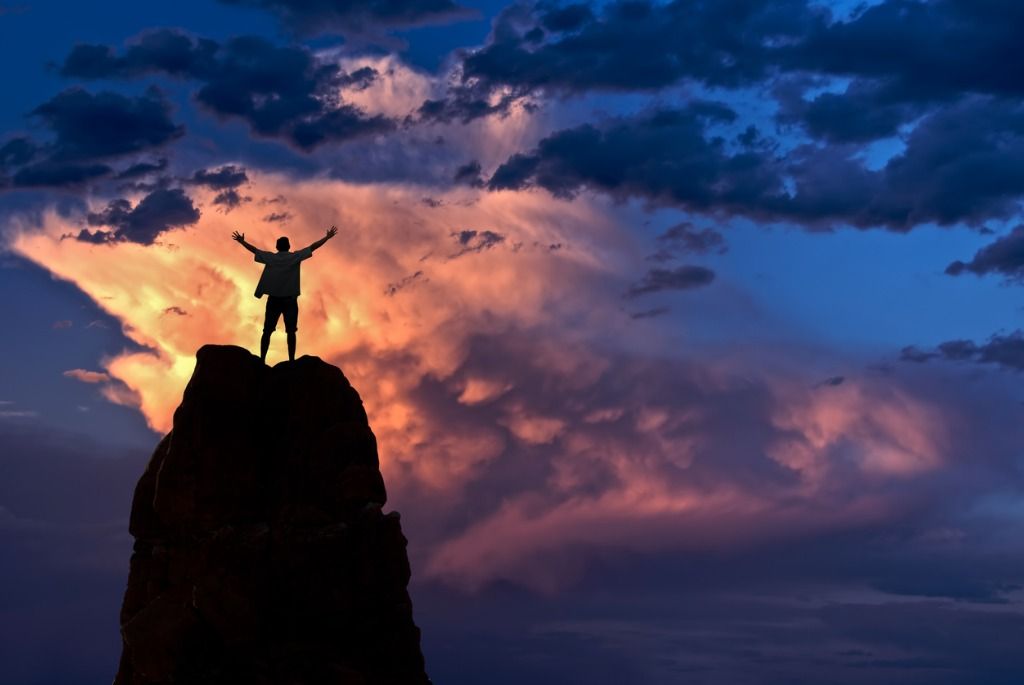 By now many people are familiar with the term “positive psychology,” although they might not realize its significance. Medicine proceeds by diagnosing diseases and attempting to cure them, and as a branch of medicine, psychiatry and psychology focused for decades on the pathology of the mind. It took an enormous change in attitude to switch the focus to the positive potential of the mind. Positive psychology therefore addresses issues like how to be happy, to increase self-esteem, to promote well-being and so on.

One can think of this shift toward human potential in much bigger terms. There are so-called paranormal or psi abilities—are they a hidden potential in us? There is the exploration of higher consciousness, investigating the possibility of waking up from the dream of pain and suffering and ultimately taking the mind to a more evolved state. If you collect all the areas of expanded human potential, which includes creativity, insight, the renunciation of violence, Yoga, meditation, and much more—there is enough to revolutionize our conception of mind. Once this happens, then we have a foundation for redefining what it means to be human.


In an open society it’s hard to find someone who hasn’t dabbled in human potential, beginning with the most popular aspect, which is self-improvement. The desire to improve yourself is an expression of the impulse to evolve, which is unstoppable in human beings. But having painted this picture, one needs to ask if the human potential movement is bearing fruit. Is it moving fast enough? Are reactionary forces pulling society in the opposite direction?

There is an important personal choice, I believe, that turns dabbling into commitment. It’s the choice to envision yourself as an expression of consciousness. For most people this would be a radical step, because they see themselves in other ways. Take a moment and mentally take stock. Do you agree with the statement, “I am my body”? Do you place importance on your income, social status, possessions, and other external validations? Consider the harsh political divisions in this country—which side do you identify with?

A frank self-assessment quickly indicates that each of us identifies with various tags, labels, issues, habits, and a wide range of conditioning. Let’s take a non-judgmental perspective and neutralize words like good and bad, right and wrong, politically correct and incorrect, and so on. From a completely neutral position, anything you identify with is a product of consciousness. We have all spent our lives surrounded by these products. In effect, we are wearing virtual reality goggles through which we view the world, filtering every perception through our habits, beliefs, conditioning, likes and dislikes.


The human potential movement at bottom is about one thing: getting free of virtual reality in order to experience the “real” reality. Keeping our neutral viewpoint for a moment, what is the best way to divest ourselves of the mental constructs—products of consciousness—that create pain, suffering, frustration, victimhood, and self-limitation? The answer is not to winnow out the bad stuff and accentuate the good stuff. Of course everyone wants to be good, but one quickly discovers that there’s no real agreement on what is good, and furthermore, life is inevitably a mixture of good and bad.


There is a different answer for ending pain and suffering, which is to stop identifying with the products of consciousness and to start identifying with consciousness itself. Right now we are like visitors to an art museum wandering around saying “I like this one” and “I don’t like that one,” all the while never realizing that artists painted the pictures. Artists are free to paint anything they want, and questions of taste come second. The same is true of consciousness. We wander through life saying, “I like this about myself” and “I don’t like that about myself,” without seeing that these are secondary reactions. To live creatively is to know that consciousness is the common element of experience, the “stuff” from which human reality is made.


When you see that you are a co-creator with every other consciousness agent in the world, you have truly entered the movement for higher consciousness, personal evolution, overcoming all the imprisoning mental constructs that create hated, prejudice, and other divisive forces, along with all the inner forces that enforce the divided self. Taken altogether, the products of consciousness, whether you look at history or just the contents of a normal person’s mind, are chaotic. They contain huge gaps, contradictions, blind spots, irrational prejudices, and impulses of anger, fear, jealousy, and self-doubt that have enormous power over us.


This chaos represents the misuse of consciousness. What we call human nature isn’t natural at all but a totally artificial, jerry-built Frankenstein’s monster, a creation that has turned upon its creator. Among all the contradictions that exist in human nature, which force us to be loving one moment and hateful the next, rational but deeply irrational, proud but secretly ashamed, the ultimate contradiction is that we create the products of consciousness and then believe in them as if they exist independently of us. No aspect of human nature exists outside consciousness, and when we cannot change the things we fear, we are renouncing consciousness, the very thing that creates those fears. Once we identify with consciousness itself, we will no longer be defined by anything except the infinite possibilities that are the ground state of reality. To say “I am the field of infinite potential” is the proper definition of being human.