Waking, dreaming, and sleeping happen in you 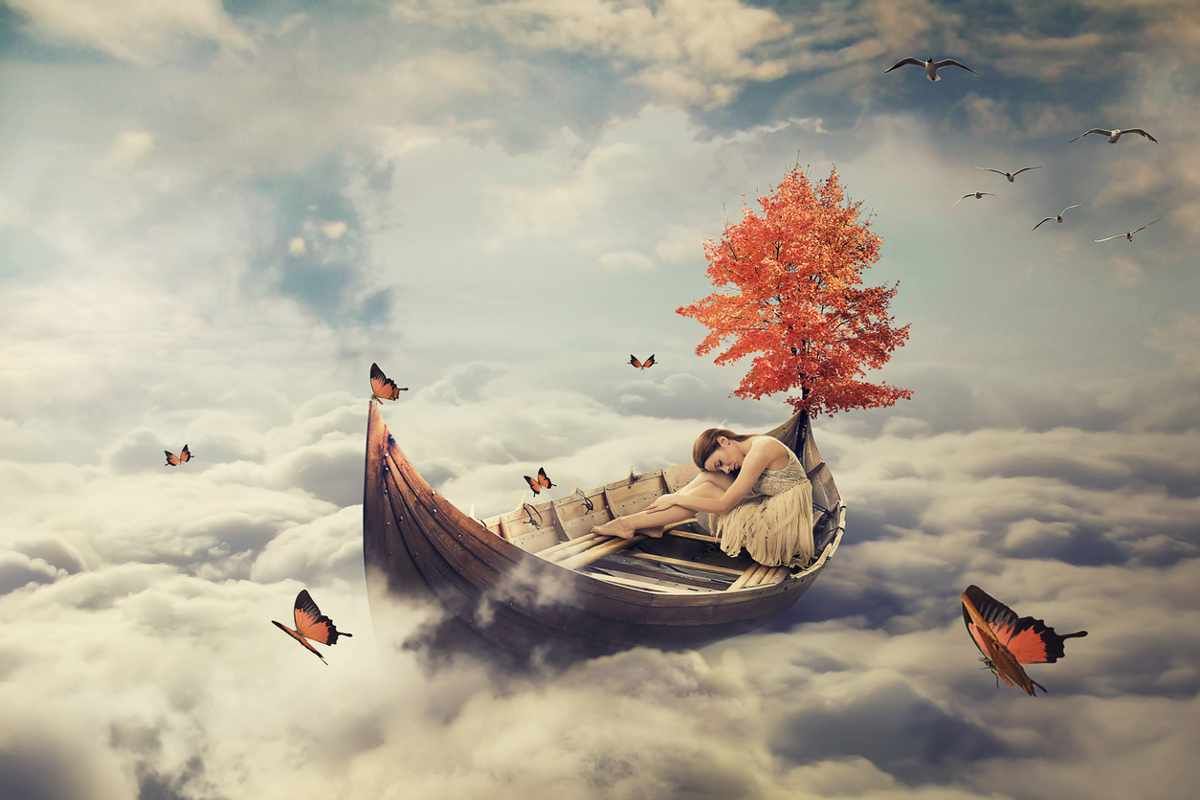 Many years ago, Science magazine declared that one of the most important and unanswered questions in science is What is the universe made of? Today, we still don't know the answer.

Part of the problem is that we, as human beings, are part of the very universe we are trying to understand. Therefore, it goes without saying that if we don't understand our own nature, we are likely to misunderstand the nature of the universe.

To understand ourselves, we must look at the entire breadth of our life experiences--while awake, dreaming, and sleeping. All that we know about perception and reasoning, we know based on our waking experience. Since we don't conduct scientific experiments in our sleep or in our dreams, those two crucial states of human experience don't contribute much to our understanding of the universe.

The dream and deep sleep states have something important to teach us. If we want to know the nature of the universe and our own nature, we have to consider all the data we have access to, not just the data we accrue while having a waking experience.

Within a dream, we assume an identity, operate in an environment, and are subject to apparent cause and effect. The content of the dream appears to be made of matter. You and I, as characters in that dream, cycle through successes and failures, ups and downs. What is the nature of  that dream world and what can it tell us about the universe?

A close analysis of the dream state tells us that what we consider to be matter within a dream is nothing but mind on waking up from the dream. What we consider to be an enemy in our dream is nothing but our own nature as the mind. You, as the mind, become both the hero and the villain in the dream, not to mention the battlefield itself. Within the dream, such insights are not revealed. One has to become wise to the dream’s nature to see them. The implications of this on our current experience in the waking state can be startling.

But even an analysis of the dream state is not enough. What about that great mystery we call the deep sleep state? That great void? That great unknown? That mystery of mysteries that both scientists and sages wonder about? What happens there? What secrets does it whisper about the nature of the universe and ourselves?

The mystery of deep sleep

Deep sleep is a unique state of experience. It is the experience of no thing. In deep sleep, the individual mind withdraws all its activities and returns to its dormant seed form, just as a turtle withdraws from activity by pulling its limbs into its shell. In seed form, the dormant mind is no longer extrovert. It rests in undifferentiated potentiality, replenishing itself for the next outing, whether that be as an episode of the dream state or an episode of the waking state. When the mind wakes up, it recognizes it is replenished and is able to say "I slept well."

How do we get there?

Sink into the silence of meditation. (If you’re not sure how to start, start here.) Release any judgement from the mind. Allow it to exhaust itself. As you sink deeper, know that the silence that becomes you is connected to the silence that swallows the mind in deep sleep. This may not be apparent at first, but with practice, the mind will let go of its misconceptions.

There is no new knowledge to gain. There are only misconceptions to release.

Ultimately, there is no fundamental difference between waking, dreaming, and deep sleep. All three involve the appearance and disappearance of experiences, like waves in an ocean. Knowing this is possible when one recognizes oneself as the ocean instead of a particular wave. The ocean represents reality, the nature of the universe, and our own essential nature. They are one and the same.

We are consciousness itself, which appears in part as waking, dream, and deep sleep states. The universe too is no-thing other than this consciousness--our very own nature--appearing as mind and matter.