What SCANDAL Taught Me About Politics and Power! 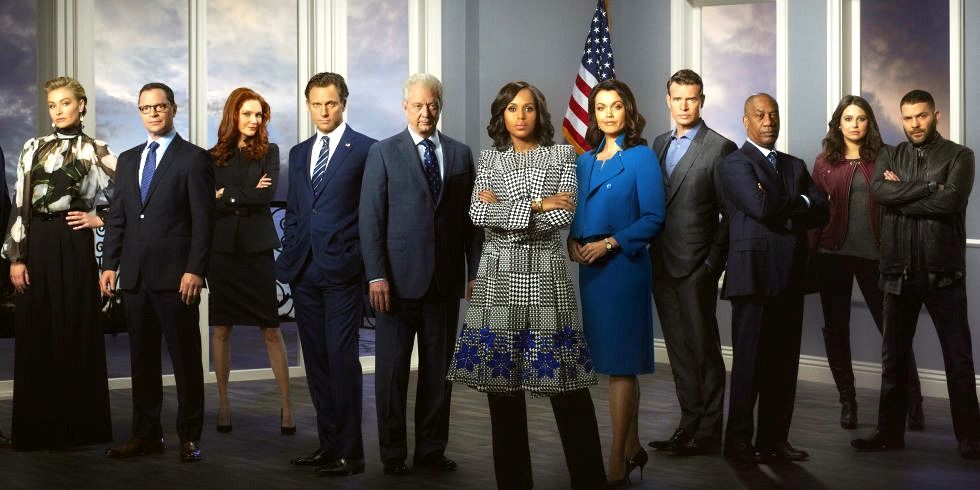 Now is one of those times when I, a yogi sister, along with many devoted SCANDAL fans, just don't want to see a good thing end.

Firstly, let me begin to offer the utmost respect and praise for Shonda Rhimes, the fuel behind the fixer-up drama that will be signing off on April 19th. I had to get caught up when a friend emailed me about SCANDAL and said, 'Sister Jenna I think you will love what this show offers.' She said, 'just close your eyes on all the scenes of lust and violence, but look out for all the information on government and human behavior.' I was hooked. Even though I do not have much leisure time, when I could get caught up I was there, and with each episode, I was so amazed at the secrets being revealed. The average American has no idea what happens at 1600 Pennsylvania Avenue and the way the media weaves narratives to influence the public. The diversity in the casting and messaging attracted me because I live and love a life of diversity and inclusion. While it doesn't sell, it is what we need more of in these times in America.

With a need for viewership among networks, Scandal did fantastic with millions of viewers. Beginning with a little shy of 7 million live or same day viewers it grew steadily garnering over 12 million viewers by Season 4!

I think what I loved about the SCANDAL cast and Shonda Rhimes was that they truthfully tweeted and shared what they were going through and what certain scenes meant. It brought us on the set in a way that engaged us to be a part of this bigger story!

I believe their social media impact on twitter especially galvanized an audience of devoted viewers and brought more energy to the declining Nielsen ratings that struggle with live streaming becoming more popular, than sitting and watching at home. It made me feel a deeper connection to the whole SCANDAL cast and I loved getting likes from Katie Lowes, still waiting on Shonda, Kerry and others! It made me feel more heard when Katie Lowes liked what I shared from the heart. That's perhaps one of the most powerful additions to what SCANDAL offered.

I remembered getting a WhatsApp message from a friend in India asking me about SCANDAL and I explaining how much it teaches me about America, power, politics and human behavior. Perhaps, my favorite moments came to life when I would meet someone and somehow SCANDAL would pop up after a conversation of what just happened today in the news and I would say, I LOVE SCANDAL!!! After their surprised looks subsided, I would tell them why a yogi nun who founded and runs two Meditation Museums and America Meditating Radio loved SCANDAL. There was an immediate resonance.

Yes, everyone, what SCANDAL has offered our lives if you truly listen and observe from a learning perspective is what we would have had to learn the hard way! It brought to life so many hidden agendas. Episode 17 from season 7, Standing in the Sun, brought to light just what this show means if all leaders from every country were to watch and understand - with the amount of power you yield, you could turn around the story to such an extent that you make the entire world one that benefits ALL souls, not just some! With the amount of drama coming from the news these days and from 1600 Pennsylvania Avenue, I so wish that every leader watched that episode.

I am intuitively feeling that the final SCANDAL episode will roar a loud sound that might point us all back to the change that needs to take place, first with ourselves and then with the world. As we have heard, when I change, the world will change. I will miss you my SCANDAL family! And, to all the writers, editors, crew, I thank you for helping me to see things much clearer!

Tags:
life Personal Empowerment Scandal Spirituality Politics
Rachel Naomi Remen: sustenance for uncertain times
How Can We Use Our Familial Relationships to Get F...

Sister Dr. Jenna is a spiritual mentor, author, host of the globally broadcast, America Meditating Radio Show, renowned speaker and founder of the Brahma Kumaris Meditation Museums in MD & VA. She serves as one of the Evolutionary Leaders in service to conscious evolution and was selected by Empower a Billion Women 2020 as one of 100 Most Influential Leaders of 2015.
Sister Dr. Jenna also served as a principal partner with the Oprah Winfrey Network and Values Partnerships on the Belief Team, a community of individuals from diverse spiritual, cultural and faith backgrounds and was recently awarded an honorary doctor of humane letters degree by St. Thomas Aquinas College for her many years of dedication and service to humanity. She is also a contributing author in the book, Mr. President – Interfaith Perspectives on the Historic Presidency of Barack H. Obama. Sister Dr. Jenna’s voice of influence is particularly needed in the wake of tragedy and increasing violence in our world.

More posts from author
Thursday, 14 October 2021 What Belief Do I Serve?
Thursday, 08 October 2020 A Culture of Care During COVID19
Tuesday, 15 January 2019 Soul Talk On The Hill: CAN SPIRITUALITY AND POLITICS GOVERN?