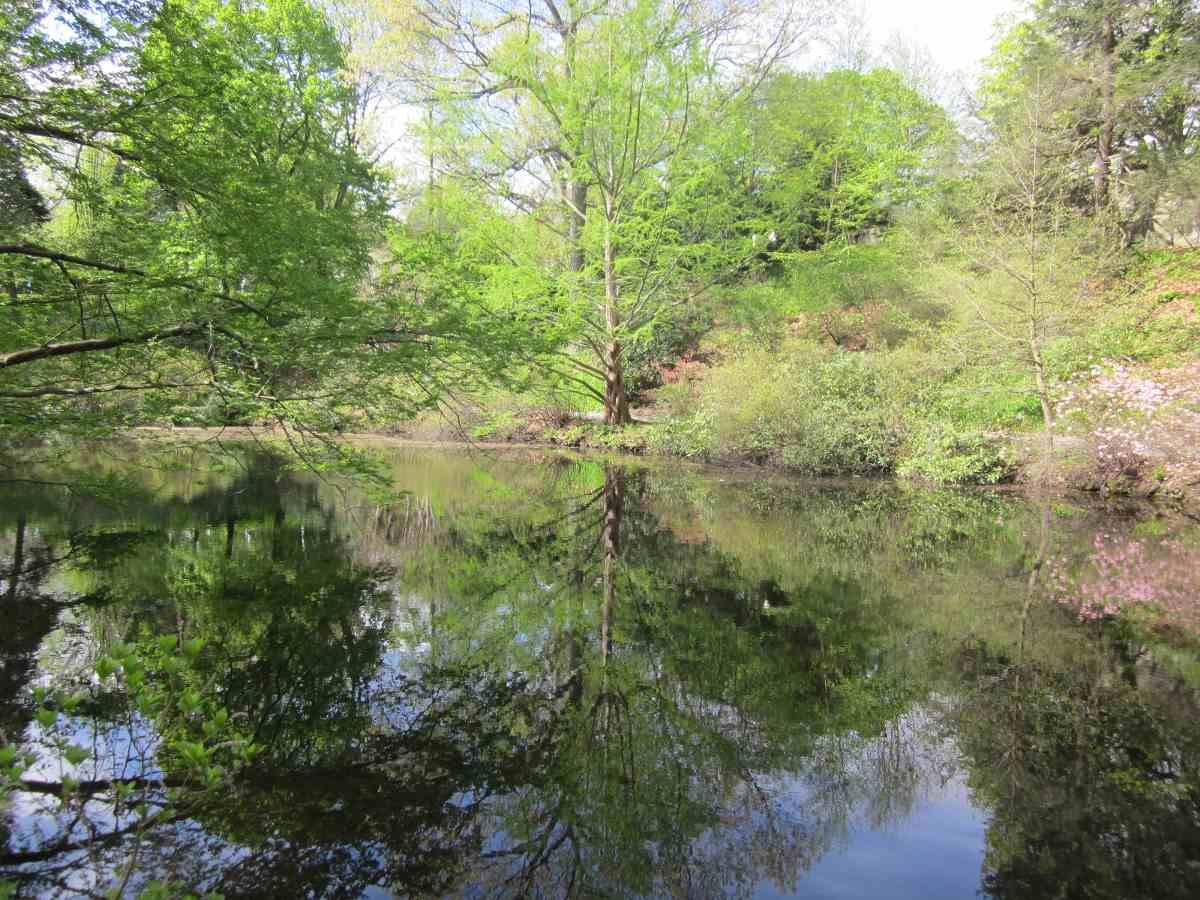 Mt. Auburn Cemetery, in Cambridge, Massachusetts, has been my spiritual and nature sanctuary for more than twenty years. Filled with towering trees, flowering bushes, and wildflowers, as well as ponds, hills, and dells, it is the closest I come to being in the country while living not far from Boston’s urban landscape. I walk there in silent meditation at all times of the year, and every spring I spend countless hours observing the annual migration of songbirds from Central and South America. Hundreds of birds come through Mt. Auburn, and some nest there, because of its abundance of trees and other natural features.


The history of the cemetery itself as well as those buried there, known and unknown, is quite interesting too, but I usually pay only fleeting attention to the angel sculptures and carved gravestones, as my eyes are focused upward, looking through my binoculars at orioles, tanagers, and warblers. I always take note of Longfellow’s and Margaret Fuller’s graves as I pass, but other than that, the birds and nature are my primary reasons for being there. All that changed one Saturday last month, however, when, as I rounded a turn on a familiar hillside path, I suddenly noticed a gravestone I had not noticed previously.

My eyes were first drawn to a quote by the Dalai Lama etched in the stone: “Be kind whenever possible. (It is always possible.).” Wondering who had chosen it (one of my own favorites), I glanced at the names above it. Immediately, I saw that they were both women and were both born in 1949. One was still alive, and the other had died in 2013. Just below these dates was the single line: “Married on June 15, 2004.” The story this simple gravestone told may have been invisible to some, but to me, another lesbian, it was crystal clear. These two women had married immediately after same-sex marriage became legal in Massachusetts in May of 2004, and one had died nine years later. As the emotional impact of that hit me, I glanced down further at the bottom of the stone, where I read the following sentence: “Together we could do anything.”

This completely undid me, and I began to sob openly. Fortunately, no one was nearby. I just stood there and let my heart completely break open with love and sorrow for these women who had shared their lives, at long-last legally recognized, and then been separated by death. I could not help but feel close to them because my partner Anne and I had also married when same-sex marriage became legal (after 31 years together). Our ceremony was held on June 22, 2014 (three years ago today) at Mt. Auburn Cemetery’s Auburn Lake, not far from where I was standing at that moment. The parallels sent chills up and down my spine.

Part of Anne’s and my decision to marry was that we didn’t want to regret not having had a special ceremony to share our love with friends and family, even though our relationship was not a new one. I could only imagine how these two women felt—about how important their marriage and those nine years were to them. A delicate etching at the top of the stone shows a path leading to distant mountains and a table in the foreground with an open book on it, cat below. I imagined them hiking, reading, and loving their cat together, just as Anne and I have done. I also pictured the surviving partner choosing the images as a way of cherishing those memories.

Our lives are so intertwined, we human souls. We think we are living distinctly individual destinies, but at moments like this, we see the larger picture, filled with synchronistic commonality. Really, there is only one destiny, and that is love. When we meet—beautiful gender-free spirits in human form—and allow love to fill us, yes, we can do anything, together. We can touch hearts beyond our own lifetimes with the sheer power of the love we embody and share.