Cancel These Three Painful Relationship Patterns Before They Get Started 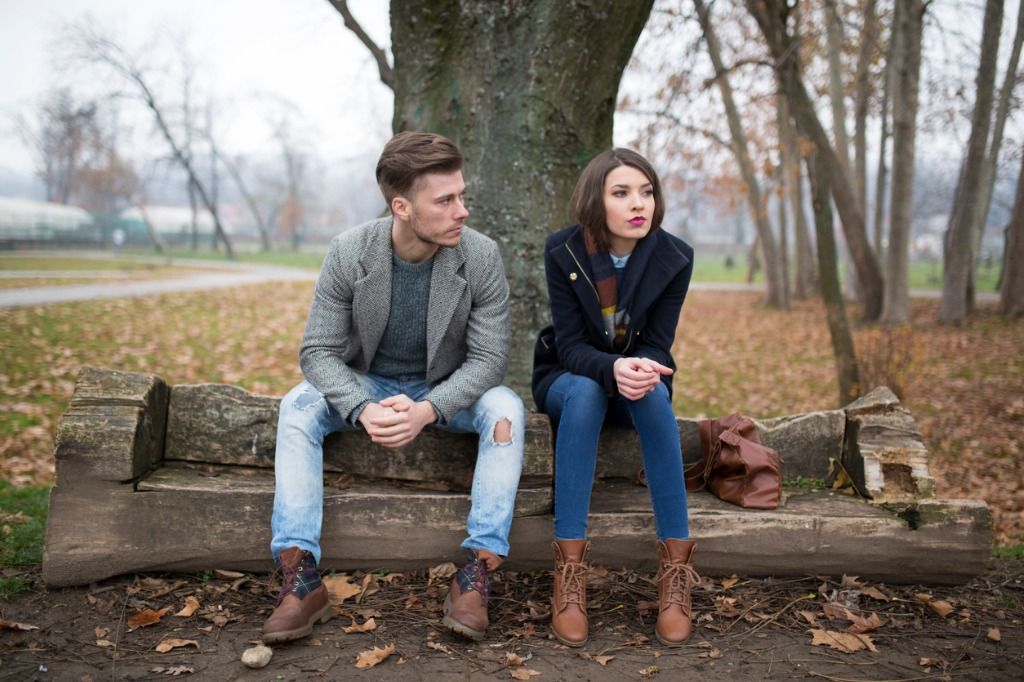 Cancel These Three Painful Relationship Patterns Before They Get Started

Often when someone feels wronged by their partner they demand “payment” for the pain they feel unjustly inflicted upon them. History proves they will argue until this well-established pattern completes itself, one way or another. At some point, unable to resolve who’s to blame for the pain, one or the other will either storm off to brood over the mistreatment, or decide that “retreat” is the better part of valor and make some kind of peace offering, perhaps an apology. Sad, but true to say, in the long run, neither of these “solutions” makes any real difference. Their suffering passes into the night, but not the unseen reasons for it.

This situation sounds familiar, doesn't it? One event, a single word or critical glance triggers a negative reaction. Then and there we feel our partner has set him or herself against us, and – a moment later – we respond in kind. The feeling of being disrespected or misjudged morphs into a certainty that we’ve been betrayed; pain, not love, becomes our common denominator.

At this point, both parties are sure there’s only one way out of this misery...and that’s to get the offending party to acknowledge his or her misstep. The only way things can ever be right again is for them to make the appropriate confession and concession. But, let’s be quite clear about the following:

These unconscious demands, and the unhappy results they create, do nothing to actually balance the account we keep with those we feel are responsible for our pain. Our own past experience proves this is true: has any apology extracted from our partner ever changed the fact that – before too long – will come the inevitable demand for another one?

For our love to thrive, everything about this kind of pain-driven pattern must be shattered. Not one part of it can remain in place or else – like the root of an invasive weed left in the ground – the sorrow will surface somewhere else under a different name, and continue to darken the hearts of those involved.

Acting from any part of this old pattern – while hoping for a new result – is like polishing old shoes that no longer fit, hoping the shine will change how they feel when you put them on! Following are three simple examples of such futile actions:

Painful Pattern #1: How many times have you either heard it said, or spoken these words yourself, near the “end” of a disagreement with your partner that has no end in sight: “Let's agree to disagree.”

Now, maybe this technique has some benefit if you're at a party and, for the sake of illustration, let’s say you’re affiliated with a political group that’s the opposite of the person you’ve found yourself talking to – face to face – “debating” the two disparate platforms. A few glasses of wine later, the intelligent discussion turns into a real disagreement. Finally, comes the last resort, the socially accepted escape clause for conflicting opinions: “Let's just agree to disagree,” and so you both go your separate ways, secretly hoping your paths never have to cross again.

But what happens when encounters like this come up with our partner where, because of something they’ve done, or refuse to do – there’s a conflict between us – where we want them to agree that the problem at hand is their fault, but that’s not how they see it? The fallback pattern of “agreeing to disagree” does nothing to change the one-sided parts of us whose false perceptions and demands set us against each other in the first place. How can we know this is true? Because each time we run into anything like the event that set this original disagreement into motion, it’s not our “agreement” that we revisit; rather, it is we who are visited by the “wind and fury” of opposing forces whose continuing collision ensures that our original confrontation goes on...and on.

Painful Pattern #2: Pretend that you don’t feel any pain because of whatever just happened between you and your partner. Put on an unflustered face; show that what they’ve done “doesn’t really matter.”

Here’s why this “act as if you don’t care” routine seems to work, at first: parading an icy heart not only goes to show that you can’t be hurt, but has the added “benefit” of making your partner feel the very chill you’re giving off. Sounds strong, in theory; but, to paraphrase a timeless truth: A stone hidden beneath the earth weighs as much as one on the surface. In other words, just because we can pretend not to feel pain doesn’t mean we’re not suffering. Out of sight may seem out of mind, but the heart knows better, and grows bitter for whatever pain is buried in it. Too soon, when this weight gets too great to bear – which it always does – everything that had been buried comes rushing to the surface. Pent-up resentment is released that’s so far out of proportion to the deed blamed for it as to shake the very core of even the sturdiest of our relationships.

Painful Pattern #3: When all other approaches prove powerless, accuse your partner of having “changed.” Find some way to imply, or even state directly, that what’s gone wrong in the relationship is basically their fault: “something” has happened to them, and that they no longer care for you, as was once true. In other words, try to make your partner feel guilty because they’ve been unable to satisfy the expectations you have placed on them.

This pattern of using guilt or shame to “re-shape” our partner is doomed at the outset. Even if we manage to momentarily make them into the “perfect partner,” the ensuing contentment of having our expectations met is unsustainable; not just because our partner is unable to maintain the makeover we’ve imagined will end our differences, but because there’s no satisfying the parts of us that almost always find something that needs to be “fixed” in those we love. This pattern of using guilt or shame to try to change our partner will never come to an end until we see that it’s not just our partner who’s weaving it!

A short summary of these last few insights brings us to a fairly stunning discovery: our partner is not– as we’re presently inclined to believe – the reason why any painful pattern keeps re-appearing in our relationship.

To be sure, those we love are as much at “fault” for whatever makes us “crazy,” as we are driven “mad” by their actions. But, the real reason behind the nature of any escalating conflict between us is...we don’t know what to do with our own pain. Trying to escape its pressure is what pushes us to try to “remake” our partner or – at the very least – to make them “pay” for our suffering that we’re sure they’re making us feel.

Seeing our own pressure and realizing it’s in our partner too is the beginning of meeting each other in a new way that can cancel these painful patterns before they get started.