Enter Into Full Partnership With Love 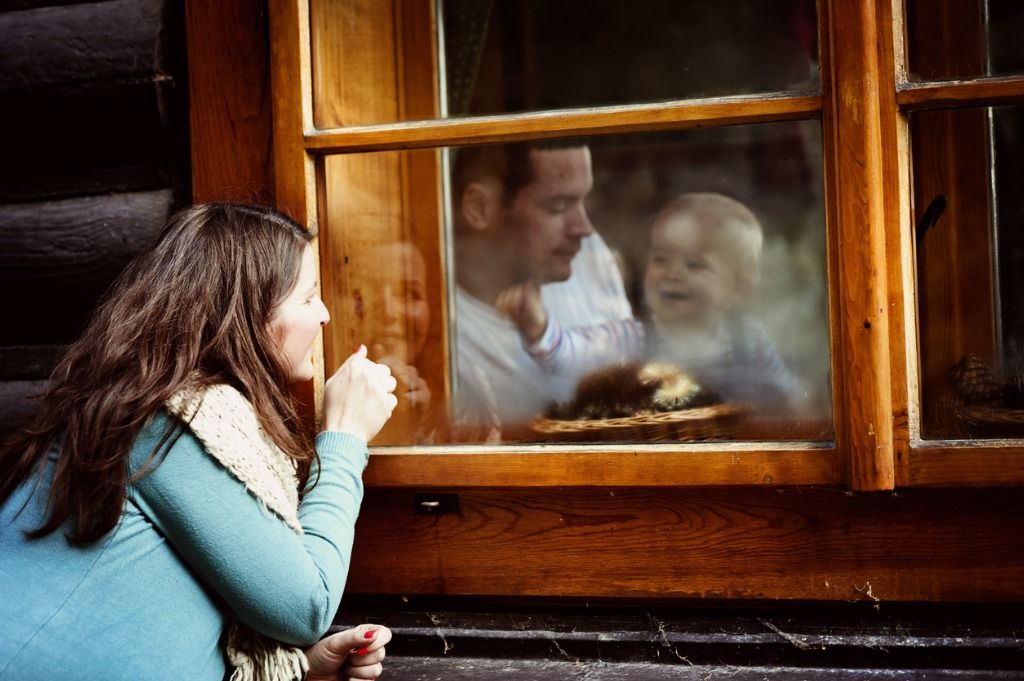 Enter Into Full Partnership With Love

Love often appears at our door as a beggar in disguise. There are countless ancient myths that tell how the gods would show up at the door of someone’s home, appearing to be in dire straits. On the surface of things, they seem to be seeking food and shelter; but, in truth, they’ve come to ask if the ones they have chosen to visit will make room for them in their lives. And, as these stories go, whoever agrees to make this kind of sacrifice – for the sake of their unexpected visitors – is rewarded by them beyond their wildest dreams.

In much the same way, love is always knocking on our door. But it never does so more stridently than when our heart closes itself off to our partner in the name of some unconscious pain that we blame on them.

In unhappy moments like these, not only do we slam the door shut in the face of the one we love but, without ever knowing it, we also deny ourselves the precious, timeless gifts that only love can offer us: a full partnership with all of its powers. These gifts include the unfailing presence of an unconditional compassion for all that it embraces. This level of higher self-understanding can never be pulled into a fight with our partner because it can’t be deceived into identifying with one side or another of some unconscious opposing force.

Now, if it’s not already clear, the part of us that rejects the offer of such a remarkable power lives on in us largely undetected. This happens because, for the most part, it dwells deep in some unlit region of our consciousness. But, we can begin the process of illuminating this lower nature by looking at a few of our own simple memories from days gone by. I’ll spell out some of my own recollections, hoping that even if you don’t share similar moments you can relate to them enough for us to arrive at the point they’re intended to help make.

When I was still very young, I loved watching TV at night with my parents in their bedroom. Inevitably, I would fall asleep and one of them would pick me up and tote me off to my own room. I can still remember the way it felt to be carried that way, in their arms, and dropping off back to sleep even before I was tucked in for the night.

In later years, there were those most delicious moments when mom would bake a cake. She would make chocolate frosting using an electric mixer. It had a pair of detachable whisk-like attachments that – when covered with the frosting left clinging to them – my brother and I would get to lick clean.

I loved these gifts that came with growing up and, of course too many others to mention. All of them were a part of being raised in a home that, for the greatest part, was governed by love. But, this isn’t to say that being in the hands of love was always so comforting, or welcome. Other memories come from those times as well!

There were many moments, more than I care to recount, that often felt punitive; as bitter as were the better ones sweet. Who can forget being “summoned” to his or her parent’s side where you were brought to task for getting into some kind of trouble at school, with friends, or – as was often the case with me – getting into a scrap with my older brother. Where, in spite of all my clever excuses, I was found “guilty” and sentenced for having broken the house rules...some of which I didn’t even know existed until I broke them!

In short, I adored all the comforts and pleasures, those natural gifts that come with being loved. On the other hand, I wanted nothing to do with the necessary, often painful corrections that this same love often called for. Talk about instant resistance!

As the years rolled on – at least in my case, as I hope is true for you – I came to see that much of this unwanted guidance – dispensed for the sake of love – proved itself wise. And should this same hindsight hold true for you, then it means...we judged our parents falsely. They were not trying to take the joy out of our lives. What they “wanted” from us...was to give us something that we just couldn’t see we needed at that time: a measure of their hard-won wisdom, including the hope that we might understand it enough to spare us some of the troubles and tears they used to pay for it.

While growing up our tendency was to meet much of the guidance offered to us with resistance, if not out and out hostility. And, to remake the point, those who wanted to help guide us through these early days of our journey were not trying to make us unhappy; that was not their wish. We just weren’t wise enough to want what they wanted to give us: a small measure of their understanding intended to help us escape some of the pain they didn’t.

In very much the same way as illustrated above, so goes our present relationship with some of the gifts that love wants to give us. We just can’t yet recognize them yet...for what they are. Which brings us to this next important insight:

If it's our wish to have and to know unconditional love with our partner, then our relationship can’t just be about what we want – or don’t want – from that love we share between us. If we want the “real deal,” then we have to accept all of the gifts that come with loving someone, not just the ones that we recognize, or that otherwise seem desirable to us.

Best-selling Letting Go author Guy Finley's encouraging and accessible message is one of the true bright lights in our world today. His ideas cut straight to the heart of our most important personal and social issues: relationships, success, addiction, stress, peace, happiness, freedom and lead the way to a higher life. Finley is the acclaimed author of The Secret of Letting Go and more than 30 other books and audio programs that have sold over a million copies in 16 languages worldwide.


In addition, he has presented over 4,000 unique self-realization seminars to thousands of grateful students throughout North America and Europe over the past 20 years and has been a guest on over 400 television and radio shows, including national appearances on ABC,NBC, CBS, CNN, NPR, Wisdom Network, and many others. His syndicated weekly radio program is aired on several international networks including Healthylife Radio Network, WorldTalkRadio Network, and Contact Talk Radio International. Finley is Director of Life of Learning Foundation, the renowned non-profit Center for Self-study in Merlin, Oregon, and his popular Key Lesson e-mails are read each week by 400,000 subscribers in 142 countries.


His work is widely endorsed by doctors, business professionals, celebrities, and religious leaders of all denominations. In addition to his writing and appearance schedule, Guy presents four inner-life classes each week at Life of Learning Foundation headquarters in Merlin, Oregon. These classes are ongoing and open to the public. For more information about Guy Finley, and his life-changing work, visit guyfinley.org or http://relationshipmagicbook.com.

Waking Close to the Bone

Stuffing Emotions! Any of You Do That?

3 Most Asked Questions about the Afterlife