From Astana To The Vatican: Molding Reality 2 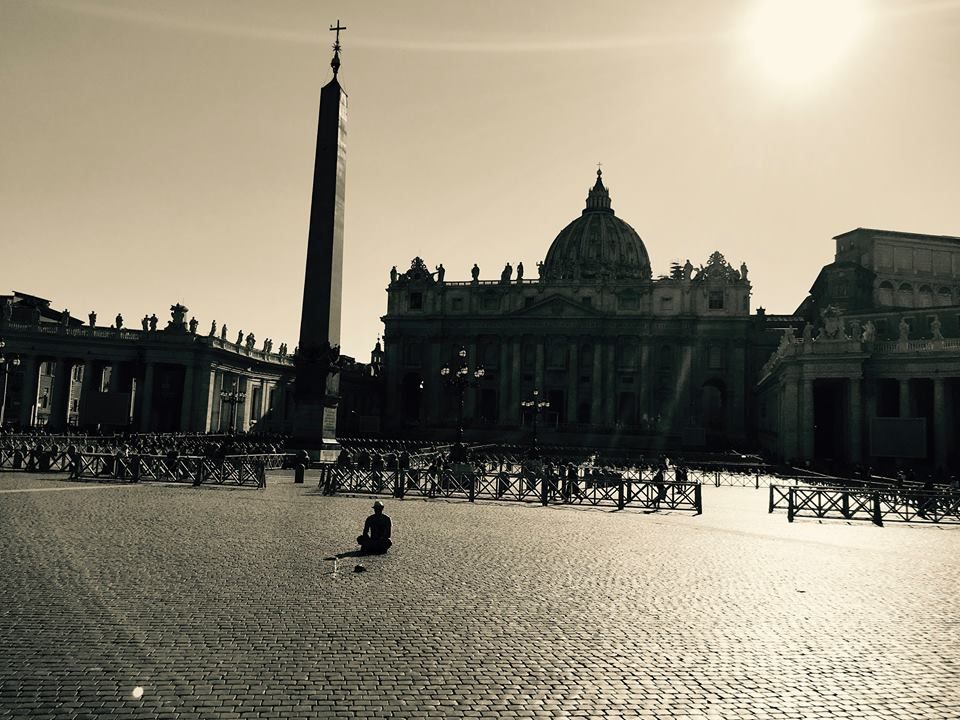 I just left the Astana (Kazakhstan) Economic Forum. I had the opportunity to continue the discussions begun in St Petersburg at the conference there that included Russian President Vladimir Putin and UN Secretary General António Guterres on the need to end old, exploitative, unsustainable systems and replace them with ones that are just beginning to evolve.

And I received a few scathing emails and Facebook comments questioning why I would refer to some of these people as “thought leaders.” I was told that they are infamous for terrible human rights abuses. Yet, to most of the world what my country does in places like Syria, Iraq, Afghanistan, and Yemen are terrible human rights abuses – although they are not listed as such since they are not perpetrated within our borders.

One of the Chinese speakers pointed out that while his country is criticized for all the pollution it causes, many of the goods that produce that pollution are bought in the US and America. “Yes,” he said, “we need to focus on nonpolluting technologies, and you who buy from us need to take some responsibility – be willing to pay more to help us make the transition.”

Although many in the US have a very poor impression of the leaders in China and the former-USSR countries, I found them to be extremely concerned about the course our fragile space station — Earth — is taking. Their countries are moving rapidly into the digital, renewable resource age. One after another, they described the failures of current systems and called for reforms that will result in radical and positive changes. Many condemned yardsticks like GDP and advocated for alternatives, such as GGDP (Green GDP). During receptions and at less formal discussions, we spent many hours exchanging ideas on ways to transform business and government.

This trip has pointed out to me the importance – indeed the necessity – of coming together in the recognition that we are one species living on a fragile planet. It is time to stop blaming “them” – the Russians, Chinese, terrorists, the Republicans, Democrats, the Conservatives, Liberals or whatever. We simply must end that divisive way of looking at the world.

It is time to realize that blaming “the other” is part of a bygone era. Perhaps such combative and competitive attitudes served humanity in the past. Perhaps they helped us achieve miracles in medicine, engineering, computer technology, communications, transportation, the arts, and so on. Perhaps military research led to better radios, planes, computers, and more.

But enough. The painfully obvious fact is that we are in the process of causing irreversible damage to our home, our space station, our Earth. To ourselves and all other life-forms.

People around the world are waking up to the knowledge that this Death Economy has resulted in severe and unacceptable increases in environmental degradation, social inequality, political instability, and the threat that humans will destroy the world as we know it, that we will drive ourselves and many other species into a period of extinction like no other this planet has experienced since the end of the dinosaur age.

Throughout these two forums, I was struck by the role that perception plays in molding political, environmental, social, and economic realities. Much of my writing and speaking these days focusses on this very subject, including my upcoming webinar, How to Write a Bestseller (In Times of Crises) – Using the Power of Story to Accelerate Change and my Omega workshop, Prosperity through Creativity: Shapeshifting into a Mindful Future.

When we perceive “them” as the problem, our solution is to change them. Now is the time to awaken to the fact that “we” are the problem and we are the solution. We must work together.

I flew from Astana to Rome. Here I am reminded that all great empires come to an end. The essential question is: What do we learn from that process? My hope is that we learn that there must be no more empires, that we need to come together as one species. We can speak many languages, honor many cultures, and yet at the same time dedicate ourselves to guiding this space station into a sustainable, peaceful future.

Early one evening I snapped a photo of the Vatican. I did not realize until the next morning that there was a lone figure sitting there. That person appears to be either meditating or begging.  It strikes me as symbolic. While the sun is setting over a Vatican occupied by a new Pope, perhaps that lone figure symbolizes all of us and our need to meditate on and beg for a new way of perceiving, and thus changing, reality.