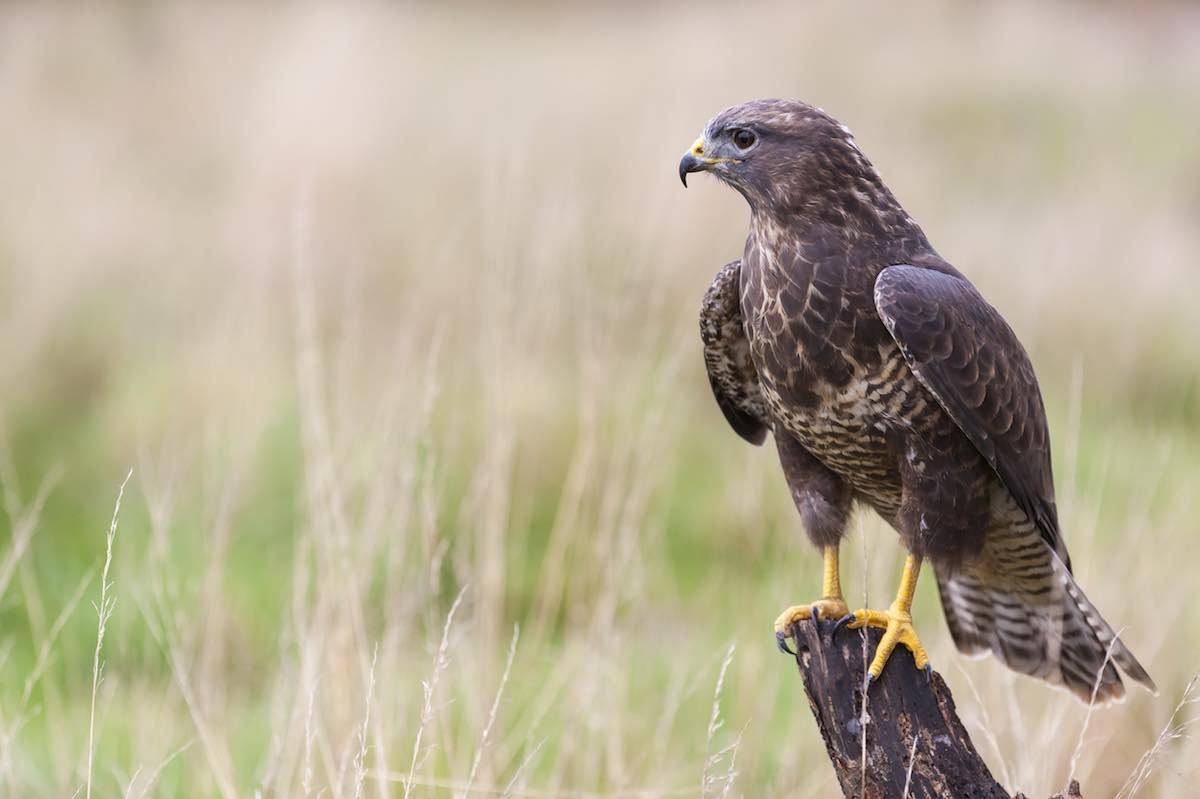 As my career flourished and my life filled with wonders, a lifelong dream of producing three inspiring videos about awakening, animal communication, and miracles was close to realization. There was one hitch in my emerging success. My DVD footage was being held hostage. I did not have the ransom funds. Sounds like a movie! But it's a true story. I was so angry that I went outside kicking my feet as I sought peace under the night stars. My heart felt crumpled into a paper ball. Alone in my despair, I sat a moment by the compost pile, feeling a desire to be transformed into something more fertile.

I got up, walked a ways, then made a left turn, unsure of why. I just followed my senses in the same way I follow what beckons. There, late at night, under stars, sprawled below me, no longer alive, was one of my best friends, the hawk.

There had been three hawks that spent lots of time with me. They called to me each day, circled around me, attended my seminars in circles above, and guided me into the place where heart and sky were the same. What happened to this one?

I could not understand. I blamed myself. My negativity over this matter of the DVDs must have killed the hawk, I thought.

"That is not what happened," said the hawk, who was right above me, though her body was on the ground. "Please go inside, sleep, and listen," she continued. By passing the feelings in her own heart into mine, she was able to give me this message.

Despair was literally extracted from my body in that moment. I felt comforted by the presence of my loving friend. Following her guidance, I went to bed. Lying awake most of the night, I felt flown. My heart was lifted into lighter and lighter contentment. Everything but love disappeared. I experienced myself flying in waves of blissful peace.

Some of you are now in suspense, while others may be thinking, "This isn't the book for me. Animals don't talk, and if they do I can't hear them!" Read on and do not give up. The eight elements I learned from the animals' promptings can be used anywhere and anytime with or without animals. They were given to me by animals, and so I credit them and share my stories here. You will use the information in your own ways. Those of you who love animals can deepen your understanding of the elements with animals. Those of you who are not in relationships with animals will practice the elements to achieve your desired results.

In the morning I was asked by my hawk friends to bury the hawk's body. I was told exactly where to dig the hole. When the last scoop of earth was deposited, my hawk friend remained in my heart. Her body was protected as it returned to the ground of our living. I was given some information by the hawks and then they asked me a question.

"Why are you here on Earth?"

"Are you here for Peace or for your video footage?"

Sorrow ran through my throat and into my heart, and then drained right into a stream of joy that circled all through me.

"Now, drive down to the company who has your footage. Go straight to their office."

"I've tried. They are never there. The door is locked. They do not answer the phone."

I drove down the long winding road from Hidden Valley Sanctuary where I lived and taught my courses. Peculiarly, my car felt settled, like a baby in a nest, as I parked at the office of my producers.

Surprisingly, the door was open.

I walked in, right into Arthur, the company owner, who had my footage. Arthur had been handling his business by holding on to others' belongings and asking for ransom fees. I was not alone. I had spoken to three other business owners in town who were experiencing similar troubles with Arthur. As it turned out, he had no background in DVD production, and no education in the skills he professed to have mastered. Arthur was a good talker, whose fraudulent business would soon be put to rest by the county. His earnings were not coming from rendering services he promised to provide. At this time he had many of us fooled. One woman was taking him to court. Another woman was on the verge of closing her business due to damage incurred from his involvement.

I had asked Arthur kindly to return the videos many times. I had pleaded with him. I had called an attorney. I had offered a compromise. For weeks, I had tried everything I could think of to resolve this problem. I was considering holding a peace vigil with many of the people who had contributed to creating the DVDs. The footage remained in his hands. But now, with my hawk friend guiding me, I understood that I had only one task. This task was not to get footage. Footage comes and goes.

I looked into Arthur's eyes with complete love, needing nothing. I experienced myself dissolving into a full love with nothing else required. Love of love alone flew my heart right into his. He received the delivery. I saw the love in his eyes too.

My mission was accomplished and I turned to go.

"Wait, Laurie. I have been thinking. Just a moment."

He reached down to his desk, picked up a box, and handed me all of my footage. A powerful peace seemed to clear the room and invite in a vast, spacious, neutral love. I left, feeling reverence for the hawks and all life.

After that, what was needed came. Someone who could finish the DVD project soon emerged. The videos were made by a new producer. Quickly after that, my work began drawing in people from all over the globe. People flew in from various parts of the USA, Asia, Europe, and Canada to receive assistance with their challenges. Person after person remembered the buried treasure of whole love within their heart. Peoples' lives changed. Situations became more spacious so that solutions to troubles were born. Emotions mended.

Years later, I reflected upon this natural and effortless journey in which I was well guided. My heart had been healed and I found a love that is real. The buried treasure in my heart was an ability to be in love anywhere at any time. This love is inside me and goes with me wherever I am.

More posts from author
Thursday, 26 July 2018 Who Benefits Most from Psychics and Heart Telepaths? And How?
Thursday, 29 March 2018 Accepting Life in Motion and Feeling
Thursday, 25 January 2018 Human and Animal as One