Start Making Space for Your Partner to Grow 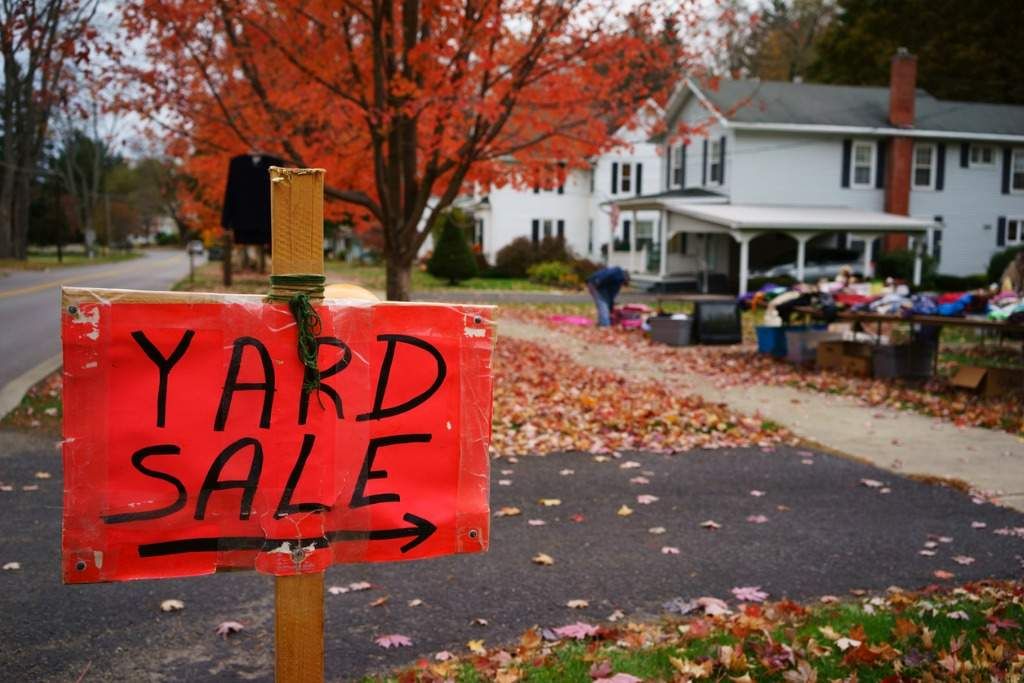 Start Making Space for Your Partner to Grow

It was a little before 7 AM on Saturday morning when Alex sat down in his living room with his first cup of coffee. He was up a little bit earlier than usual because a strange noise had awakened him from his sleep. So, when he looked out of his bedroom, he wasn't too surprised to discover the source of the disturbance was his neighbor Sam, who lived just across the street. Sam was dragging several folding tables out of his garage, and arranging them on the front lawn. From the look of things, including a couple of stacks of cardboard boxes, it appeared that Sam was setting the stage for a household rummage sale.

Partly out of curiosity, and partly out of irritation – wanting to see why on earth Sam felt the need to get such an early start – Alex threw his robe over his PJs and walked over to where Sam was arranging the things he intended to sell. As he made his way across the street, he could see his breath forming mini-clouds in the air. It was late spring, but there was a chill still rolling off the snow-capped mountains that surrounded their valley homes.

“Good morning, Sam,” said Alex. “My, but aren’t you out here bright and early!”

Apparently Sam didn’t hear the hint of sarcasm in Alex's voice; either that, or he just didn't care…which irritated Alex a little bit more.

“Good morning, to you,” said Sam, wearing a warm smile on his face. “Looks to be a nice day, doesn't it?”

But now it was Alex who didn't hear what Sam had said, because his attention was captured by something he never thought he would see for sale, let alone in a front yard rummage sale. It was Sam’s set of favorite paintings that had taken a great many years to collect. But there, spread out over several tables sat about a dozen different signed renditions of the Rocky Mountains. Each one featured a different scene, highlighting the natural majesty that surrounded the valley where they lived. A famous naturalist had painted them all, and they were highly collectable.

Alex was stunned. Several thoughts raced through his mind at the same time: Why would Sam want to sell what had to be one of his most prized possessions? Could he be in some kind of financial trouble? Was he ill?

The next moment, before he even knew that his mouth had formulated the words, Alex blurted out:

“I’m not prying, but what’s going on, man?” And then, pointing directly at the set of tables where Sam had carefully displayed the art, he continued to ask, “Why on earth are you selling your collection of favorite paintings?”

Alex took a deep breath, and said, “Geez, man, can you use a little extra cash, you know, to tide you and the family over...until things get better?”

Realizing now that his friend had misunderstood the situation, Sam set down the dishes he was arranging on the table. “I guess I wasn’t as clear as I should have been. What I really meant when I said ‘I don’t have a choice’ is that I want to sell it.”

Looking at Alex’s reaction, and seeing that he still didn’t understand what was going on, Sam continued.

“Look, it’s simple: I’m selling my set of paintings because I need to make space in my living room for something a lot more valuable to me.”

Still confused, Alex asked, “What are you talking about, Sam?”

“Just come with me into the house for a moment, OK? Let me show you something that should make the whole thing clear.”

A moment later, Sam and Alex stood before the now bare south wall of the living room where Sam’s collection of art had been hanging only hours ago. But, before he had a chance to explain his plan, Alex asked him:

“OK, I get it. You’re going to hang something else on this wall. But what could you possibly put here that would give you as much pleasure as the paintings you just took down?”

Sam answered Alex with a question of his own: “Do you know what’s on the other side this wall?”

With that, Sam turned toward the wall, his eyes wide and full of expectation. He stood there for a moment, almost as if he was looking past it, taking in a sight only he could see.

“See what...what are you talking about, Sam?”

“The Rocky Mountains, man, as far as the eye can see! That’s what’s on the other side of this wall.”

“I’m going to remove most of this whole wall...and replace it with one giant picture window. Now do you understand why I’m selling my collection? I want to raise some money for the renovation.”

“Wow...seems like a lot to go through, let alone what you have to give up, don’t you think?”

“Maybe, but you know the old saying: ‘There’s only one way to make room for what’s new, and that’s out with the old.’ Right?”

“No doubt about it. Besides, ask yourself this question: which would you rather wake up to look at every day? Some old paintings of the Rockies from days long gone by, or...a view of the real majesty itself?”

In this simple story is hidden a deep message that, in one form or another, is found in every true teaching about love as it affects our ability to have, enjoy, and enrich all of our relationships, but especially when it comes to the one we love. Simply put: Before any order of a new or higher love can enter into our heart, we must make room for it by “selling” – deliberately giving up – something that we once held as being of value to us. This is one of the great, unseen laws of Higher Love.