Loving Everyone More This Season-- Even When You Don't Know How 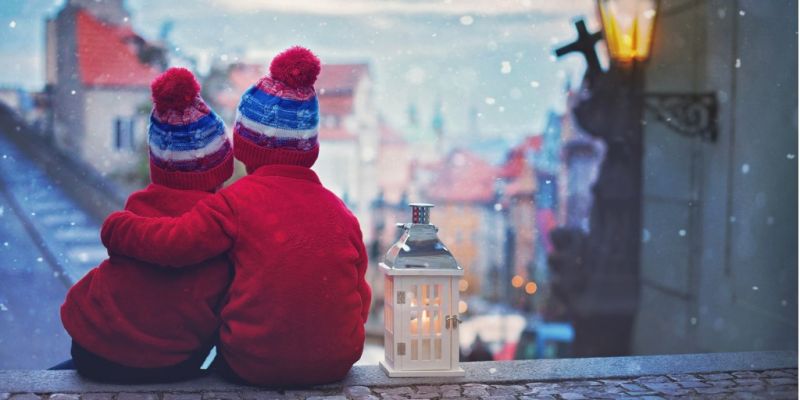 (This message is dedicated to all of us who long for more meaningful relationships, even with people who mean the most...)

My father is no longer alive. But when he was alive, I always had the fantasy that I would have an intimate conversation with him. It would be a bit like the Brady Bunch dad, cut with some Gandhi, Tony Robbins, and my favorite therapist. He’d ask me, “How would you describe the meaning of life? ” Or “How can I support your essence most?” But, instead, my father, a practical and private man asked, “So, what’s the population of Denver?” I’d cave with disappointment and shrug my shoulders as an answer and a rebuke.

“Delta flies over here at least twice a day,” my father said, as though this was a clue to all existence. We sat together on the front porch of our house in Brooklyn, way before Brooklyn was cool. I flew 2,000 miles to be back home, and not on Delta, to see my parents, and this is what he wants to share with me. Flight patterns of major airlines. I am already telling the story to all my friends in my mind. I am drowning at this point in my life and crave support. But that’s not what’s for dinner here.

But my father didn’t want to know details about my life. He had only one definition of success and he “didn’t approve of my lifestyle” as he’d spit out at me more than once. Translation: I wasn’t married. I wasn’t married to someone Jewish. I didn’t have children. I wasn’t practicing law. I wasn’t living in New York City. I had moved to Jupiter or Denver, Colorado, some place beyond the tri-state area. And believe you me, I hadn’t even told him about the long-haired tarot card reader I was in love with.

Years later, as I think about it, I suspect that my father stayed on “safe subjects” to create a Swiss, neutral zone, a flying carpet between us. He was being kind. My father was a volatile guy who could ignite into a rage that would have had me groping in therapy for decades. So, a bit ahead of his time, he was on the “don’t ask, don’t tell,” and don’t yell program. He desired a different life for me, but he still wanted to be with me.

My father also came from a generation that didn’t talk about feelings. They didn’t watch Oprah or share turning points.  Instead, they pulled out their wallets to show their love. My father’s wallet was well-worn.

I want to tell you about the year I took my spirituality home. Not my ideology. And not my self-help slogans.

This time, I brought home my willingness to heal with my father. I gave up pushing for only one scenario. I gave up my relentless need for something my father couldn’t or wouldn’t give me.

I lunged into the portal of what is. I decided to speak his language, and to stop resisting it, calling it dumb and superficial in my mind. I wasn’t coming from resignation, the compliance of being tired of fighting for what I couldn’t get. I was making a choice. I was shifting the paradigm. I was taking my power by deciding to have mercy for my aging father, a man who did not know how to talk to his daughter but one who picked her up from the airport every single time.

I decide to be with him in his comfort zone instead of trying to yank him into mine. “Does United fly this way too?” I ask, as we are once again on the porch.  “Does the noise ever bother you?”  I tell him which airlines fly out of Denver.  But I am saying, I love you, you mean the world to me. Thank you for being my father. And my father relaxes more. He puts his arm around me at one point. He calls me his “Black Beauty,” a childhood nickname. Something flutters in my heart. It’s like magic. It’s like velvet. It’s like love-- a love that is stronger than differences or preferences.

I realized then that just as my father had been rigid in his definition of success, I had been equally rigid in my definition of love. I’d only had one door that you could come through.

All these years I’d been asking my father to do something that would have frightened or unsettled him. And true intimacy only stems from safety and acceptance.

My father and I had always butted heads. We both liked to have things our own way. We subscribed to the “My Way or the Highway” school of life.

But that year I took the high road instead of the highway. I extended an olive branch instead of hitting him over the head with one and calling it a desire for depth.

It wasn’t the conversation I’d always dreamed about, but our conversation was a love poem when you looked beyond the words into the language.  I was saying:  I accept you. I bless you. I thank you. And he was saying: I know. And thank you. I’ve always loved you. And I’m so happy to have you here.

My father died a few years later. I am forever grateful for the spiritual work I’d done to stretch and respond to my life and to him from love instead of screaming need. It was a miracle. It was an experience of realizing my highest potential. I liked who I was in that situation.  And for me, that’s the point of healing and growing. We discover the exhilarating freedom of personal power. We don’t have to lose our connection to love and truth, because of what someone else does or doesn’t do.

This holiday season may you see the love that is all around you. May you be the Presence of Love, the one who brings a frequency of acceptance into the room.

Others might be frightened. They may have regrets. They may criticize or feel embittered. But you don’t have to see yourself through their eyes.

Likewise, we don’t have to see the limitations in others either. You don’t have to see their mistakes or faltering as their destiny and identity. Everyone is shifting and growing, even when they seem stuck. Nothing in this life will ever stay the same. Please don’t decide you know who someone is. Don’t lock them into a coffin of definition or one well-rehearsed memory. Don’t lock yourself into that dark room either.

This holiday season, you might want to try this practice of love. (And out of self-love, if you’re feeling a bit Genghis Khan-ish, give Mother Teresa a raincheck.) Walk into the room with the intention to have mercy. Be a stand for kindness. Be a messenger. Or a tuning fork that allows others to remember what is right in themselves and this life. You don’t even have to like the person. You don’t have to ask them out to lunch. You just have to stop judging them, attacking them in your head.

Say in your mind: I accept you just as you are right now. I want you to feel safe in this moment. Thank you for everything good you have done in this lifetime.

Notice the room begin to soften and the person before you relax as though a weight has lifted.

Your brother in law, co-workers, or mother may be different from you, but the need for love is always the same. 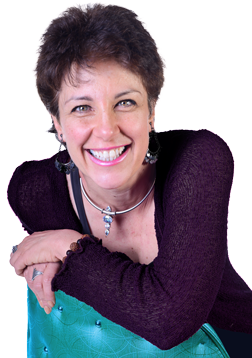 Tama Kieves, an honors graduate of Harvard Law School, left her law practice to write and help others create their most extraordinary lives. She is the bestselling author of 4 books including A Year Without Fear: 365 Days of Magnificence and her latest Thriving Through Uncertainty. She is a sought-after speaker and career/success coach who has helped thousands worldwide to discover, launch, and thrive in the life, calling, and businesses of their dreams. Sign up for your FREE digital fortune cookies and a free copy of her popular webinar Dare to Decide at www.tamakieves.com/dare.

More posts from author
Thursday, 18 November 2021 When Life is Hard, Let Go of The Plan
Thursday, 28 October 2021 5 Ways To Stop Negative Thinking & Anxiety
Thursday, 07 October 2021 Why You May Not Feel Secure-And How You Can

The New Rulers Of Earth