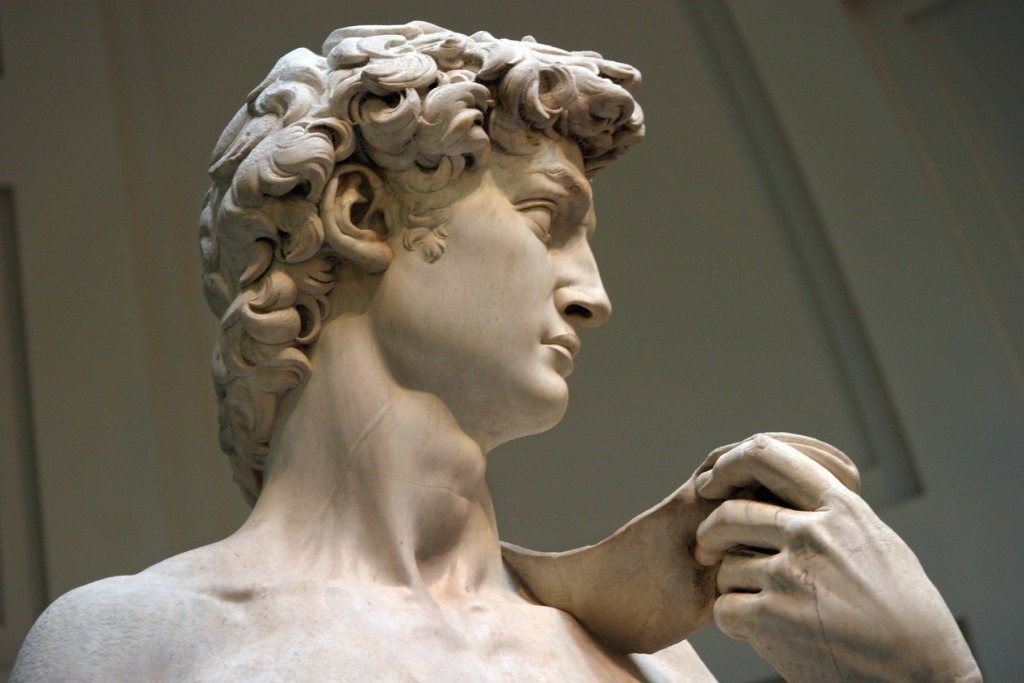 There are two beautiful notions that speak to our innate yearning to release and be released by the Divine. What I mean by the Divine is the inherent quality of Spirit that informs everything in life.

One notion that speaks to the uncovering of the Divine is Michelangelo’s sense that the statue is already in the stone and that rather than create the statue, our task is to figure out a way to release it. The legendary sculptor would carve away the excess marble to reveal the statue already waiting in the block of uncut stone, as if he were freeing a prisoner from a deep sleep. Giorgio Vasari, the biographer of so many Renaissance artists, compared Michelangelo’s sculpting process to someone pulling a beautiful form from underwater. The form is complete but out of view until lifted into the world.

What’s powerful here is that this is what life does to us. Experience carves away all that is not essential from us until, like Michelangelo’s statues, we are released from our sleep and lifted into the world.

Another notion that speaks to the transference of the Divine is Carl Jung’s sense of the poet as a conduit for the collective unconscious, which I mentioned earlier. Jung sees the poet and the artist as a lightning rod for the aggregate of dreams, memories, and experiences of humanity, which come alive through the thoroughly personal story of the creative individual.

These two notions imply that everything already exists. For instance, you could look at the same patch of sea a hundred times. But one day when the light is right and you’re tired enough, you look at the rise and swell of the waves and it says something to you, something that parallels what’s growing or not growing inside you. Now, did the sea suddenly emanate more meaning? No. The world is steadily infusing us with the Divine, depending on the level of our openness.

As human beings, we are a beautiful braid of the infinite and the finite. While our being is bottomless, our humanness has limits. That’s the curse-blessing that has us looking everywhere for what’s right before us and within us.

In time, we discover that everything carries the Divine. It’s all here, waiting quietly in the open to be manifest by nothing less than the complete surrender of our attention and care. As a young poet, I was always on the look for things to write about, concerned with how to manipulate and squeeze content or context out of any circumstance. But gradually, I came to a place where, if I opened myself authentically, something arose from my center, which I term voice. I began to realize that it’s not about searching for things to write about, but releasing the Divine that waits in everything. It doesn’t matter what we write about. If we bring our full being to whatever is before us, the Divine carried in the things of the world will reveal itself through us.

Releasing the numinous quality of Spirit that informs everything through our creativity and expression is the way of all art, which leads us to the purpose of all art, which is to enliven our inherent kinship with all things.

A Question to Walk With: In your journal, experiment with Michelangelo’s sculpting process by working with the blank page. Instead of aiming or planning to write something, imagine that a poem or story or passage is waiting fully formed in the blank page, waiting for you to release it.

Mark Nepo moved and inspired readers and seekers all over the world with his #1 New York Times bestseller The Book of Awakening.  Beloved as a poet, teacher, and storyteller, Mark has been called "one of the finest spiritual guides of our time," "a consummate storyteller," and "an eloquent spiritual teacher." His work is widely accessible and used by many and his books have been translated into more than twenty languages.  A bestselling author, he has published twenty books and recorded fourteen audio projects.

In 2015, he was given a Life-Achievement Award by AgeNation.  And in 2016, he was named by Watkins: Mind Body Spirit as one of the 100 Most Spiritually Influential Living People, and was also chosen as one of OWN's SuperSoul 100, a group of inspired leaders using their gifts and voices to elevate humanity.  In 2017 Mark became a regular columnist for Spirituality & Health Magazine.

Why You and the Universe Are One