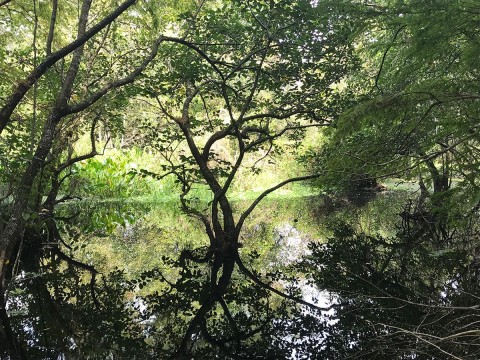 In Lord of the Rings, J.R.R. Tolkien used the term Middle-earth to describe the land where his stories took place. Situated somewhere between angelic and demonic realms, the inhabitants struggled to hold to the light. Sometimes I feel that is where we live now. Opposing forces are mobilized on all sides. All around are compelling reasons to believe that “evil” is on the rise and that “good” people are increasingly victimized by those in power. Yet holding to the light within darkness means we cannot succumb to what the prevailing belief systems would have us accept as truth. We may live in Middle Earth now, but it is just a way-station on the way to the New Earth. The challenge and balancing act is to accept and live in the present moment while also embodying a new vision for the future.

When I was in my 20s, I began to catch glimpses of this “New Earth.” Like many others of my generation, I envisioned where we were meant to evolve and how we were meant to get there. The where and the how were both Love. It sounds like a Beatles song (and it was), but it was/is so much more. “All You Need Is Love” is the oldest wisdom on Earth, handed down in every spiritual tradition for thousands of years. Compassion, loving-kindness, generosity of spirit, oneness—all names for love, for living as if there were no separation between any of us (and there isn’t, at the soul level). If “otherness” falls away, fear and suspicion also fall away. War and violence fall away. Hatred and abuse fall away. If you see every being as just like you on the inside, then how could you hurt them or turn away in aversion and rejection? If you look in another person’s (or animal’s) eyes without preconceptions or guardedness, there is only God looking back at you.

That is the vision we had so many years ago, and I still hold it in my heart. It is a dream that becomes real as we live it. Equality; respect for all ages, abilities, races, and religions; gender fluidity; shared resources and abundance, love for and protection of nature and the environment. Kindness, compassion, and gratitude as the basis of all interactions. No privileged classes served by others or elite groupings that exclude the “undeserving.” No higher and lower. No kings or presidents or top dogs. No hierarchy. All remnants of the patriarchy will fall away, to be replaced by ever-evolving circular structures that support both individual and collective creative growth and flowering. A living social agreement that changes with the always changing awareness and potential of those who are part of it. Our lives will be defined by infinite possibility and vision, not dead-ended rules and laws that only benefit those who make them.

Some may consider all this utopian fluff, not grounded in the real world. But every dream is considered unrealistic and impossible before it manifests into reality. We begin with the dream and we dance it into existence. Right now, we are in Middle Earth, seemingly stuck somewhere between the old and new paradigms. We haven’t yet crossed the line of “critical mass,” at which point, momentum picks up and impossibility gradually becomes possibility, becomes “reality.” The key, the secret, the incentive, is to live now as though it has already happened. Because it has—in our hearts. Every single one of us was born with love at our core. When the layers get peeled back and the masks fall away, that’s all there is. At some point, we will stand soul-naked before one another and realize at the deepest level that what the Beatles and the greatest spiritual masters said is true:

How To Stay Free In Love and In Life

Look Out for One Another

The Touch That Heals Trauma 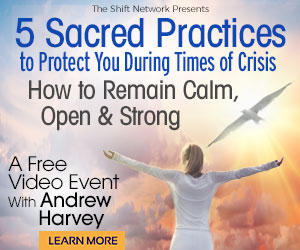