Non-Dairy Ice Cream: Is It Better For You? 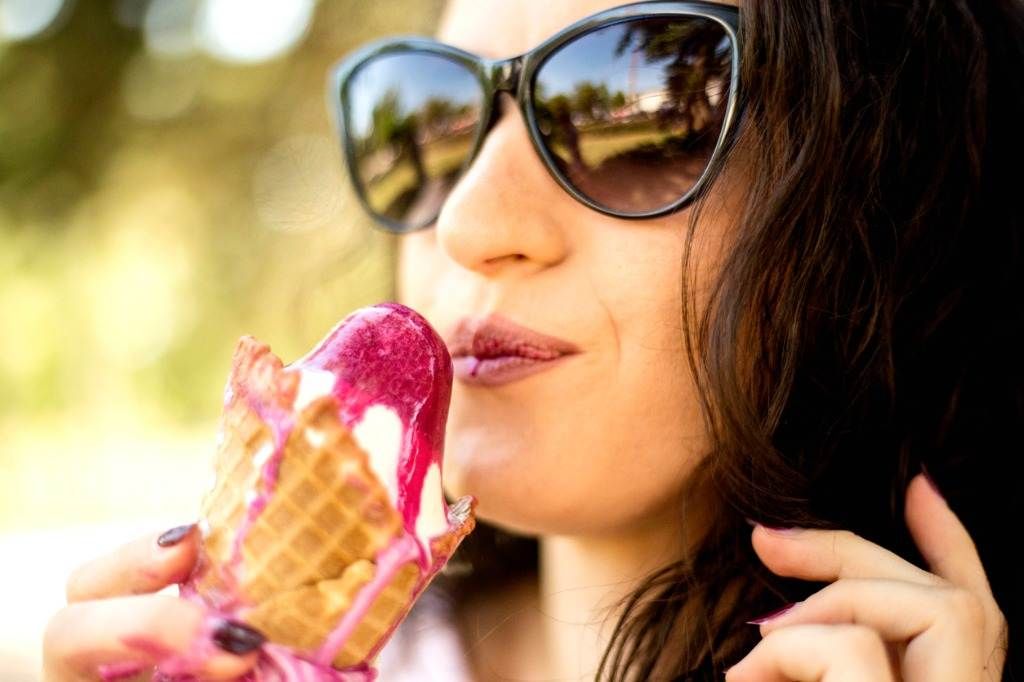 Non-Dairy Ice Cream: Is It Better For You?

“I scream, you scream…” — you know how it goes. Ice cream is one of the most beloved foods in the world. The average American consumes more than 23 pounds of ice cream per year. And with the plant-based movement in full swing, more and more consumers are opting for non-dairy ice creams.

You may know that my family is intimately familiar with ice cream. My grandfather, Irv Robbins, co-founded Baskin-Robbins. At the time, most folks seemed content with vanilla, chocolate, and strawberry — the classics. But he thought there should be more flavors — 31, in fact! And he brought smiles to a lot of faces.

Unfortunately, in case anyone on the planet missed the memo, ice cream is not a health food. It turns out that despite its delicious flavor, eating a lot of ice cream doesn’t do any favors for your long-term health.

My dad, John, was groomed from early childhood to one day join in the running of Baskin-Robbins. But when his uncle, Burt Baskin (my grandpa’s brother-in-law and business partner), was dying of heart disease, my dad decided he didn’t want to spend his life selling a product that might harm people’s health. So, he left the ice cream cone-shaped swimming pool in his backyard, and any access to the family wealth, to follow his own “rocky road.” Eventually, he became a best-selling author, inspiring many millions of people to eat more healthfully. In 2012, he co-founded, along with me, Food Revolution Network.

What about my Grandpa Irv?

Back in the 1980s, he had manufactured and sold more ice cream than any human being who had ever lived on this planet. And he was experiencing the health effects of eating the standard American diet (with a double scoop of ice cream) firsthand. He wound up overweight and suffering from the standard American diseases like type 2 diabetes and heart disease. Only after reading one of my dad’s books, Diet for a New America, did he turn his health around. He significantly reduced his meat and sugar consumption and even gave up ice cream. The result? He lost 30 pounds of excess fat, got off his blood pressure and diabetes medications (which he no longer needed), and lived for nearly two more healthy decades.

We’ve seen in our family, firsthand, that food matters. We’ve seen that changing our diets, at any stage of life, can make a big difference. So, why is conventional ice cream so bad for us?

I’m sure you don’t need another lecture on the health problems of sugar, but suffice it to say that ice cream has a lot of it. A single scoop can contain 25 grams of sugar. But leading health authorities recommend that women consume no more than 25 grams of added sugars, from all sources, per day. And most of the sugar in commercial ice cream comes in the form of high fructose corn syrup or genetically modified sugar beets.

And then there’s the “cream” part, which comes from saturated fat-loaded dairy. The more dairy you consume, the higher your risk of developing autoimmune diseases like multiple sclerosis, irritable bowel disorders, and skin and thyroid-related diseases.

Cow’s milk, used to make traditional ice cream, can increase levels of insulin-like growth factor (IGF-1), a hormone associated with heart disease, diabetes, and impaired cognitive function in the elderly. And dairy has been linked to cancer, too. In one 2008 prospective study, 43,000 adult men ages 45 to 74 years old were followed for a period of seven and a half years. The researchers found that those who ate the most dairy products had the highest risk of developing prostate cancer.

Ice cream manufacturers also frequently add artificial flavorings and dyes to make their product look and taste better. Some scientists caution that additives like Red 40 are linked to hyperactivity — and possibly ADD/ADHD and autism — in children.

Ice Cream and Your Brain

Given its negative health effects, why does the world eat so much ice cream? One reason is that dairy is literally addictive. Mild, opiate-like compounds called casomorphins can attach to the same receptors in your brain as addictive drugs. This causes your brain to release dopamine, a neurotransmitter responsible for giving the feeling of pleasure. Basically, the more you consume dairy, the more your brain craves it.

Casomorphins encourage baby calves to drink their mother’s milk and grow steadily. But unless you’re a baby cow wanting to bond with mama, then from an evolutionary perspective, milk has little to offer you today. Humans are, in fact, the only species that continues to consume milk past infancy. We’re also the only species that consumes the milk of another species.

By early childhood, most people lose the ability to produce lactase, the enzyme needed to digest lactose (the sugar in milk). This means that when many people eat dairy, their bodies don’t digest it well, and they experience some pretty unpleasant gastrointestinal side effects. This is called lactose intolerance, and 65% of the global human population has it. Is this some sort of fluke, or were most humans just not meant to keep eating dairy? Given the fact that almost two-thirds of humans are lactose intolerant, I’d lean towards the latter.

Are Non-Dairy Ice Creams Any Better?

Walk down the frozen dessert aisle at the grocery store, and you’ll find shelves upon shelves of ice cream, in both dairy and non-dairy varieties. Vegan ice cream has expanded in recent years, but are these moo-free options any healthier than the cow’s milk-based original?

Well, yes and no. Some of the most popular non-dairy ice creams are cashew, almond, soy, rice, oat, and coconut milk-based. These are a nice reminder of how much the plant-based movement is growing, and they may be a fun, occasional treat. But most of them are still packed with added sugar.

In addition to sugar concerns, here are some things to be aware of when you’re strolling through the vegan ice cream section.

When you choose non-dairy ice cream, you’re walking lighter on the earth, while saying no to the crueltyof factory farms. Non-dairy ice creams may also offer healthier ingredients than dairy. Additionally, some brands use organic ingredients and are Non-GMO Project certified, such as Coconut Bliss, NadaMoo!, and Almond Dream.

You’ll likely also find that many commercial non-dairy ice creams contain unwanted additives. For instance, “natural flavors,” cane sugar, tapioca syrup, brown sugar, locust bean gum, and guar gum. And lastly, vegan ice creams are not free from mix-ins like caramel, cookies, and brownies — each of which may have their own particular hazardous ingredients.

What about the versions that use agave nectar as a sweetener? It sounds nice, but I’m not a fan.