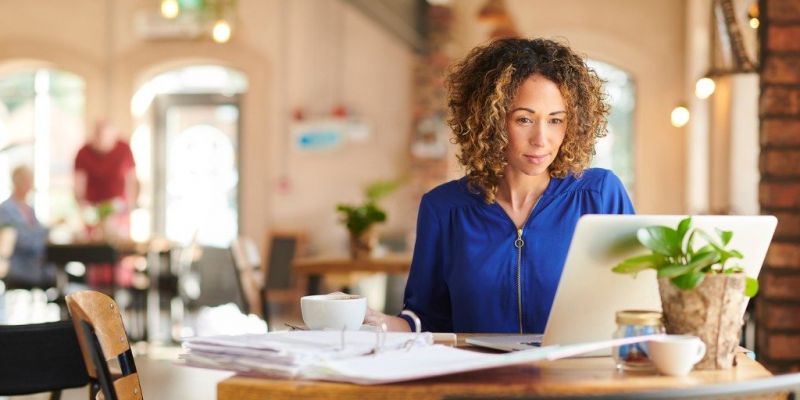 We all want to be loved and to give love

I’ve been grappling recently with how to communicate on social media with friends and acquaintances when they share inflammatory posts that are obviously designed to sow discord. You’ve seen them: posts that are premeditatedly conceived to get under the skin of a particular group.

Regardless of whether or not these posts are ultimately meant to jar those with opposing viewpoints into a presumed “wake up call,” as soon as the resulting anger and outrage arise, all critical reasoning stops. It’s simple brain science; we go into fight, flight, or freeze mode and our ability to respond rationally flies right out the window.

Other times, posts are shared that have elements of verifiably blatant lies. In these cases, I try to respectfully share articles that tell the truth, from non-partisan fact-finding sites. My liberal friends tell me not to bother.

In a liberal Facebook group that I love, I copied a post from a pro-Trump acquaintance and asked for help refuting her points, in case anyone already had the information about Trump and veterans’ healthcare. The replies were really interesting. They ranged from “Don’t bother; you can’t fix stupid” to substantive content that was super helpful.

One member of the group is not only a veteran, but works in the VA system. She was able to explain how difficult it is for veterans who are permitted to use outside medical care to actually get their bills paid by the VA. They often end up disallowed, paying out of pocket, and hopelessly in debt. It’s a tragedy. Also, only 9 million of the 21 million veterans can even take advantage of the existing policy, which began during the Obama administration and expanded during the Trump administration. I didn’t know that information, and I am always grateful to be learning something new.

So… Why Do I Bother?

Why do I take the time to thoughtfully consider this stuff, and do research to see where the truth may be found? Because we are all humans. We are supposed to belong to the same tribe. If we can muster the energy to slow down enough and hear what is important to the other person, and let them know they matter to us, then maybe, just maybe we can heal this great chasm.

Recently, I took the time to reply to a friend who shared a post I thought was divisive. The minute I read it, I had that feeling in my stomach that something was wrong. That feeling was an intuition that something manipulative and bad was happening — not only to me, but to her as well.

She shared the post because she feels so out of control with how chaotic our world is right now. I totally get that, as I imagine we all feel stressed and overwhelmed at times with our current situation! Our country is on fire inside and out in the middle of a pandemic!

The post she shared was about “gaslighting” and it portrays conservatives being gaslit by liberals. I find that interesting on two fronts.

The first is that psychologists have been calling out Trump and his administration for gaslighting the American public for the past four years. There are books and countless articles from a wide spectrum of publications accusing the president of doing this very thing and illustrating how he does it.

I’ll share a smidgen of the social media interaction in question so you can get an idea how things unfolded.

Me, to her on Facebook: I just realized what this really is, and it’s amazing. I took it apart paragraph by paragraph, which I imagine no one would take the time to do, and look what happens: I think the two sides are mostly in agreement, and there actually is no gaslighting. I’m going to copy and paste it from my notes.

“We see mobs of people looting stores, smashing windows, setting cars on fire, and burning down buildings, but we are told that these demonstrations are peaceful protests. And when we call this destruction of our cities ‘riots,’ we are called racists. So, we ask ourselves, am I crazy? No, you’re being gaslighted.”

There has been horrible looting and rioting causing destruction. That is not peaceful protest. That is criminal activity. There have also been peaceful protests. Can you show me who said the destruction is okay? Because I’ve heard it condemned by both sides for what it is: criminal activity. So, we are in agreement, and no one is saying you are crazy, so that can’t be gaslighting.

“…but we are told capitalism is an oppressive system designed to keep people down. So, we ask ourselves, am I crazy? No, you’re being gaslighted.”

“…but we are told that communism is the fairest, most equitable, freest and most prosperous economic system in the world. So, we ask ourselves, am I crazy? No, you’re being gaslighted.”

This again is a difference in ideology, but one that no one running for president is advocating. The Democrats and the Republicans do not want communism. The statement above is inflammatory to get conservatives to think that liberals think that. Maybe some do, but not the people running on the democratic ticket. So where is the gaslighting?

Please, people: Saying liberals are “drinking the Kool-Aid” and that conservatives are stupid and brainwashed is a cop-out. These sentiments are just excuses not to do the work in trying to understand how we ended up here, and they’re not how we’ll get out of here without tearing each other to pieces.

I remember my mom asking me to show her my tongue when I was three years old and she found the baby Aspirin bottle floating in the toilet. I was afraid to open my mouth, scared that I’d be in trouble for climbing to the top of the closet and eating all the “candy.”

She got down on her knees and looked into my eyes and said, “You will never get in trouble for telling the truth.” So, I opened my mouth and showed her my bright orange tongue, which got me a serum of Ipecac and a trip to the emergency room.

My wish is that we could all agree that lying is bad, and telling the truth is good. That’s a pretty low bar! We learned that by the time we were three years old! No one should get a free pass on the core value of HONESTY.

Take the time for truth: Do your research. Ask questions. Be curious. Don’t fall into the trap of reacting from a place of anger. Practice mindfulness to ground yourself in your own sense of calm and clarity before responding.

Remember that we’re all “us”: Us versus them is a false construct. We are all part of one human tribe. Pay attention and notice what’s important to the person who is posting. It’s likely something that’s important to you too, like safety or health or personal well-being.

Let them know they matter to you: All of us humans just want to feel heard, acknowledged, and understood. Find the places where you agree, or have things in common. Even if you disagree with every single thing someone says, you can still show that you see/hear them.

If we can imagine a return to honesty, civility, and integrity, I’m hoping that, together, we can make it happen. Our civilization depends on it. At the end of the day, in the words of the late Ram Dass, I want to believe that “we are all just trying to walk each other home.” 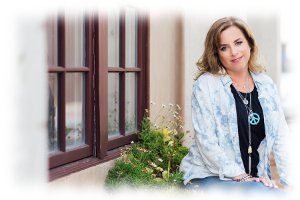 Mindfulness expert and author Julie Potiker is an attorney who began her serious study and investigation of mindfulness after graduating from the Mindfulness-Based Stress Reduction program at the University of California, San Diego. She went on to become trained to teach Mindful Self-Compassion, and completed the Positive Neuroplasticity Training Professional Course with Rick Hanson. Now, she shares these and other mindfulness techniques with the world through her Mindful Methods for Life trainings and her new book: “Life Falls Apart, but You Don’t Have To: Mindful Methods for Staying Calm In the Midst of Chaos.” For more information, visit www.MindfulMethodsForLife.com.

Life Falls Apart, But You Don't Have To: Mindful Methods for Staying Calm in the Midst of Chaos

More posts from author
Thursday, 08 April 2021 5 Ways to Ease Stress with Mindfulness
Thursday, 04 March 2021 Maxed Out and Exhausted? It Could Be Empathy Fatigue
Thursday, 11 February 2021 Mindfulness for a Happier Relationship