On Suffering, Healing & How to Fit the Entire Human Race into a Single Sugar Cube. 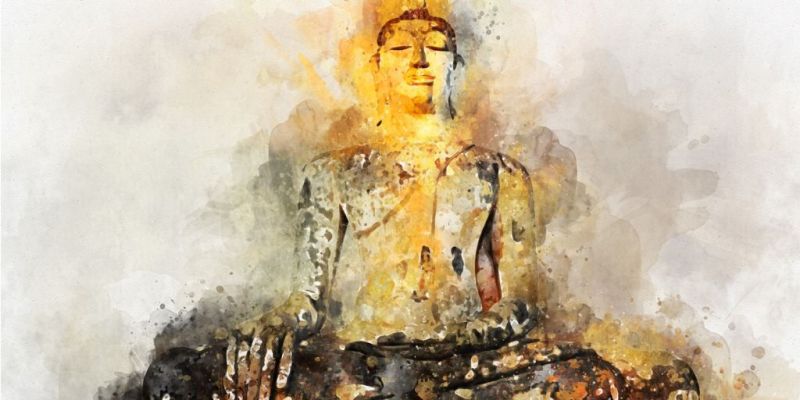 On Suffering, Healing & How to Fit the Entire Human Race into a Single Sugar Cube.

“The only way to find true happiness is to risk being completely cut open.”

In my teenage into early adult years I felt like I deserved to suffer. I’m still not sure of all the ins and outs that caused those feelings, but I would drink myself to the brink of death, complimented by excessive drug use, cutting, empty sex, horrible dietary habits and even a couple of suicide attempts just for good measure.

In my endeavor to understand suffering and its root causes better, I came across a metaphor by spiritual teacher Ram Dass who wrote, “Suffering is the sandpaper of our incarnation. It does its work of shaping us.”

While at first glance that statement may sound simple enough, as I took it into my heart and truly contemplated what exactly it was saying, it began to profoundly affect me. Those simple words helped me to realize that even though I was still yet to understand the psychology of my past actions, at the very least, maybe all of that suffering wasn’t for nothing.

I also realized that I could use the mental and physical suffering that I still residually experience from my old ways of living (as well as any other dis-ease that arises) as a transformational tool. I began to face my past and the things I’d done. I opened myself up to the pain of those dark times—to exploring the uncomfortable thoughts, emotions, and memories, rather than burying myself in the drugs, food and sex—and through those modest acts of bravery, I was able to transmute some of my pain and misery into compassion for both myself, and others.

I also began to recognize that on a broader scale, a lot of suffering that is rampant in other people’s lives often goes unrecognized. The Buddha taught this in his Four Noble Truths—the first of which says that existence is characterized by suffering. I mean, if you think about it, birth is suffering, aging is suffering, sickness is suffering, not getting what you want is suffering, and hell, even getting what we want often turns into suffering as a form of attachment and clinging.

There is grace to be found in this suffering however. Through opening my heart to the pain and beginning to work through it, I learned an even greater lesson—that I am so much more than this physical body called Chris Grosso and that everything I thought I knew about reality, wasn’t necessarily true.

Take for example this random fun fact—we are made up of atoms, which are 99.99999% empty space. So basically, if you were to squeeze the space out of all of the atoms of all the people in the world, the entire human race would fit into a sugar cube.

You may however be saying, “great, but what am I supposed to do with that information?” Well, my point isn’t so much about the information itself but rather, its implications, which is that for many of us, we’ve been living a long time with our life on autopilot, and that autopilot applies to pretty much everything we experience—from our ingrained perception of reality to living with unnecessary suffering in our lives.

So basically, I’m trying to offer a gentle wake up call here for those of us who find ourselves complacent in life, accepting these underlying low levels of stress, pain and suffering simply because they’re what we’ve come to know as familiar; and we believe familiar is safe.

Sometimes familiarity is safe, but not when it comes to allowing unnecessary pain in our lives to continually result in a lack of wellbeing. For me, suffering has now become a calling card from, oh, let’s say the Universe, and that calling card is an invitation to remember that I am much more than this physical body, the 99.99999% empty space I’ve strictly identified myself with for so many years—and in that recognition, there’s a lot of peace.

Of course on the relative level we are our physical bodies, but the awareness of our physical bodies (which is beyond the limits of our rational, thinking mind) offers us a place to experience life without taking things so personally. The dumb shit we did in our younger years, or hell, that we may have even done last week no longer needs to be a source of suffering for us. We learn from our mistakes, making amends with ourselves, and those we may have harmed wherever and whenever possible, and then we let it go, we move on.

The greatest gift we can offer ourselves, and others, is our own being, so why not make that the best being we possibly can? 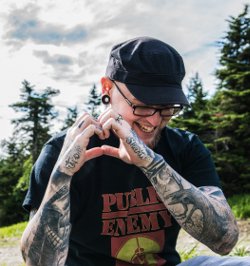 More posts from author
Wednesday, 22 July 2020 Spirituality: Learn To Make Yourself Available to Life
Thursday, 02 July 2020 Meeting Racism, Homophobia and Close-Mindedness With Love and Compassion
Tuesday, 03 March 2020 Do You Suck at Loving Yourself? I Did Too, but This Simple Practice Helped Tremendously

The Healing Benefits of Grounding the Human Body