Oprah, Brendon, Trees and Me 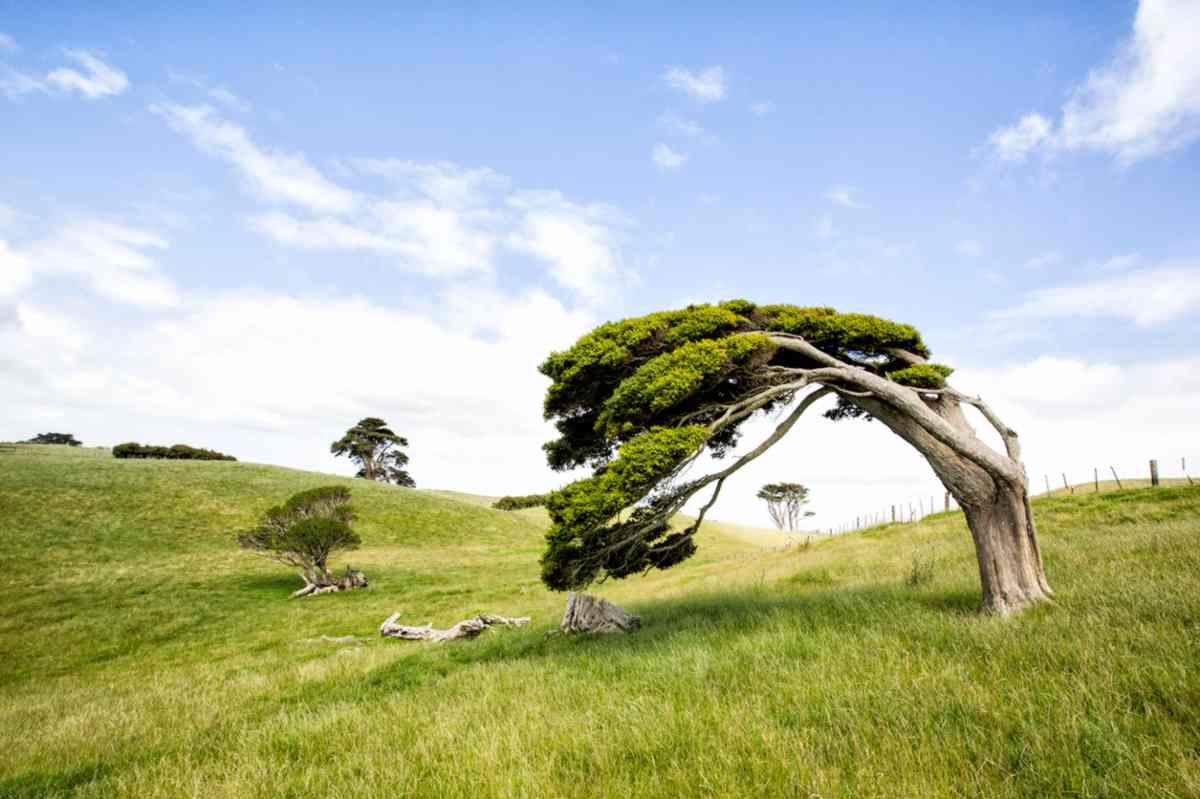 No matter the circumstances, we are being reminded to live fully, love deeply and open our hearts to even the most unlikeliest of individuals because each of us matters in this greater unfolding of life.

It was another bucket list moment. Not long ago I was at a gospel brunch celebration at Oprah Winfrey’s home for the launch of her new book, "Wisdom of Sundays: Life Changing Insights From Super Soul Conversations,” a compilation of heart opening and profound insights and grace shared by thought-leaders and writers from her Super Soul Sunday television series. (It’s one of those books you should have on your nightstand to set your inner GPS every morning or infuse you with the spirit of peace and gratitude as you end your day.)

A lot of movers and shakers in the entertainment and personal development fields attended, however, my husband Panache had a schedule conflict and couldn’t make it.

So I went in his place. Alone.

There were about 400 people attending. Lots of Hollywood royalty and glitterati. As I stood in the middle of all the guests, I suddenly felt like a small child in a toy store at Christmastime. All of the wonderful and familiar toys that I had only ever seen second hand were now right in front of me - real, beautiful and larger than life. I was overwhelmed and simultaneously awe-struck by the cavalcade of long dreamed icons that were popping up in front of my eyes no matter in which direction I looked. “There’s Julia Roberts.” “Oh, that’s Reese Witherspoon.” “Oh hey. Angela Bassett.” “Excuse me there, Shonda Rhimes.” “OMG it’s Kerry Washington”. “Pinch me, that’s David Foster and George Lucas”.

Many of our dear friends from the spirituality industry were there as well. Yet, without Panache by my side providing context, I was all but unrecognizable. After a while, I began to feel uncomfortable and out of my element. “What am I doing here?” I thought, “I don’t really fit in here, do I?” I felt like an extra in this elaborate pageant that was unfolding around me

It was an unusually hot day in Montecito and I began to sweat profusely. For a panicked moment I thought I had forgotten to put on deodorant. Something felt wrong. I looked down at my beautiful dress and the matching handbag and shoes to try and understand what was out of place. Suddenly it hit me. I had unknowingly accessorized my being with an old friend, unworthiness. I was transported right back to high school, a wallflower at the dance. The longer I was there, the more uncomfortable I became.

I suddenly recalled rapper Kendrick Lamar’s inside out take on the Beatitudes, “Blessed are the superstars, for in the magnificence of their light, we understand better our own insignificance.” Blessed indeed. I decided to head over to the dessert station to get away from my own perceived insignificance.

Before me I noticed a handsome couple. I had seen him before, but couldn’t immediately place where or when. Then it came to me. This tall, well dressed gentleman was none other than Brendon Burchard.

Brendon is a galactic superstar in the personal growth and development fields. In fact he is now one of the most influential individuals in that industry. He’s a 3-time New York Times bestselling author, and one of the most-watched, quoted and followed personal development trainers in history. Both SUCCESS Magazine and O, The Oprah Magazine have both named him one of the most influential leaders in personal growth and achievement. He is also in the Top 100 Most Followed Public Figures on Facebook, with over 10 million fans across his pages. His personal development videos have been viewed more than 100 million times. Over 2,000,000 students have now completed Brendon’s online courses and video series. (BrendonBurchard.com)

I’ve always been over the moon about his approach to life, especially his motto of “Live. Love. Matter.” You see, Brendon was in a serious car accident when he was younger and nearly died. While recovering from his injuries, he spiraled into a severe depression. While in this darkness, he was confronted with some of life’s most important questions: “Did I live my life fully?” “Did I love to the greatest extent possible? Did I make a difference?” He decided to begin living his life in a way that would guarantee that the answers to those questions would be a resounding yes. He now teaches others how to do the same.

My attraction to Brendon’s message comes from the fact that what he has to say matches my own belief system closely. I too, was in that moment of darkness in my life and made the decision to move towards the light, renouncing victimhood and living fully. As a result, I probably own most of the products or courses that he’s put out. You could say I’m a bit of a fangirl.

I walked over and introduced myself. I told him I was a big fan, but not a stalker kind of fan. He laughed, introduced his wife and we began talking.

For the next half hour, Brendon spoke to me as if I were the only person in the world. He was engaging, personable and charming. His energy was infectious. As we talked, my frustrations about the day vanished. I felt recognized, cared for, and connected. Brendon used his voice, his eyes, and his body to convey to me that our conversation mattered. You could say that he opened up and gave of himself. 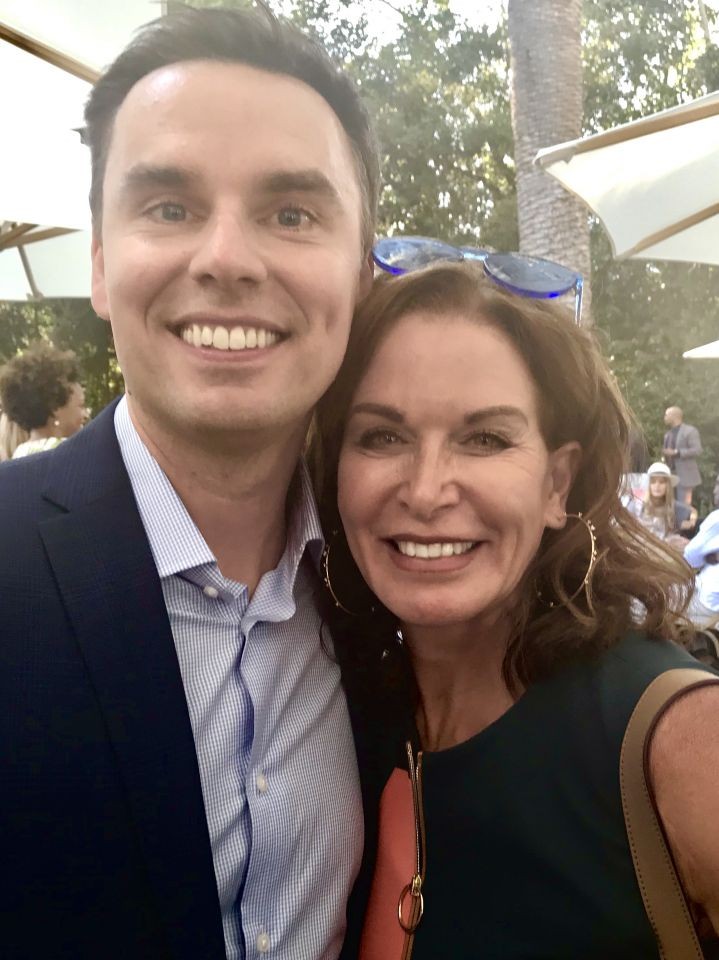 After we spoke, I realized that how I had felt earlier at the party was my own fault. I wasn’t being walled off from existence through others’ actions. Instead, I was painting that reality as a defense and an excuse not to connect, not to live fully, not to see the possibilities in the moment. I could have easily let my self-imposed frustrations prevent me from reaching out to Brendon. I suppose he could have just as easily found an excuse to not open up to a complete stranger. Yet, that’s not what happened.

This reaching out and opening up is what’s missing in the world. We all, myself included, make the mistake of judging others and putting everyone, including ourselves, into pre-sorted roles. We substitute our imagined reality for what is truly real.

Ram Dass talks about going into the forest and looking at trees. Some are strong and straight. Others are bent and scraggly. Yet, no matter what the trees look like, you accept them for what they are. You understand that some of them didn’t get enough light and so they bent and turned to get as much light as they could. You allow their differences and imperfections. If you are like me, you may even admire the twisted tree more for its living reminder of all it had to overcome to survive and grow.

Yet, the moment we get around our fellow human beings, all of that acceptance and understanding disappears. We begin judging. “She’s this.” “He’s that.” We need to pretend that people are trees and open ourselves to the light of our shared reality.

When we are present and conscious, we are at our best. We are able to tap into our energy and love and most importantly, share those gifts with others. Instead of walling ourselves off from our fellow travelers, we must open ourselves to them and they to us. We have to remember that the greatest gift we have to give is ourselves.

My encounter with Brendon Burchard solidified me. He is one of those rare people who are consciously living their beliefs, not simply talking about living that way. I realized that if he can do this, I can do this too. Everyone needs to be seen. Everyone needs to be heard. Everyone needs to be respected. Especially at this time of the year. Like Scrooge, we must break the self-made walls that constrain our hearts and our humanity. We must reach out to those around us with light and love, doing what we can to make a difference in the lives of everyone we meet. Because we all matter.

To paraphrase the words of Tiny Tim, “Bless the light in us all, everyone.”

Is It Possible to Create a Truly Passive Income Business?

The Truth About Mother

How Powerful Are Your Thoughts?