Personal Transformation - What It Really Means 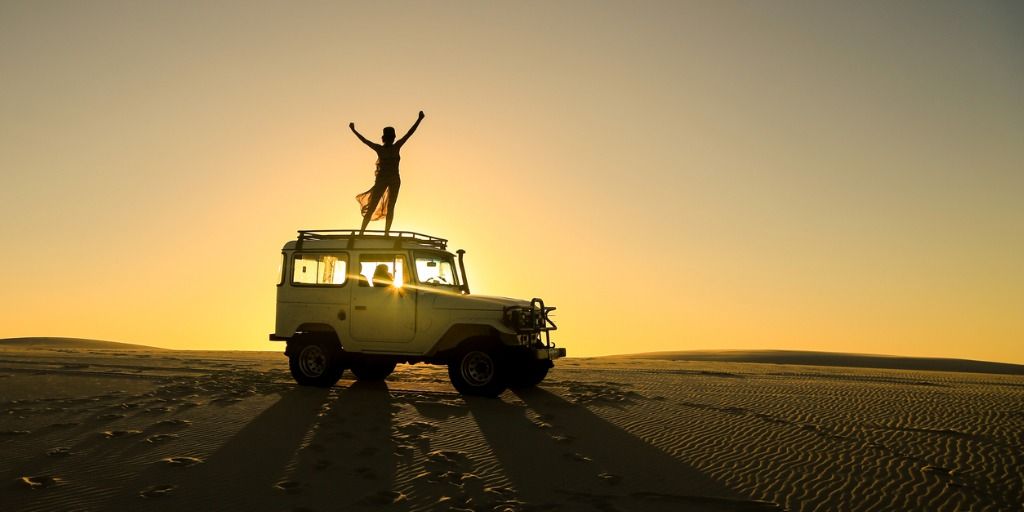 Personal Transformation - What It Really Means

Most people have mixed feelings about how their lives are going, which seems inevitable. Taking the bitter with the sweet is an old saying dating back to the 13th century, but it expresses a universal experience. In the face of life’s mixed blessings, however, there runs a deep yearning for transformation. It is expressed through visons of heaven where eternal bliss is gained, in romantic literature where a perfect life is attained here on earth, and in utopian visions of every kind, including worldwide myths of a lost Eden or a Golden Age.

Is this yearning for transformation mere wish fulfillment, like dreaming of what you’d do if you won the lottery? If you are totally pragmatic, the answer is yes, and having abandoned such fantasies you can productively direct your energies to becoming better off by inches and degrees. Even then, modest goals aren’t always achievable. We settle for half a loaf, or less, because common sense tells us to.

But I think the issue runs deeper than pragmatism. In my new book Metahuman: Unleashing Your Infinite Potential, I propose that the desire for transformation is not only realistic but totally necessary. Transformation is like the total change of state when two invisible combustible gases, oxygen and hydrogen, combine to form a liquid, water, that puts out fires. The essential nature of the two gases give no hint that they could be transformed so completely. But that is what transformation means, as opposed to gradual stepwise change.

What would it mean to totally transform a human being? Despite the stubborn way that people resist change, clinging to beliefs, fears, biases, and personal tastes for no rational reason, we are transformative beings. This can be evidenced in everyday experience.

None of these experiences is alien, yet we don’t usually label them transformative. Why not? Because the setup for being human is drastically tilted toward conformity, normality, and conventionality.Every child absorbs, as if by osmosis, that life is a struggle between good and bad, light and dark, desire and frustration, success and failure.

This condition, generally known as duality, is what Metahuman tries to overturn. Duality condemns us to a lifetime of either/or choices. We identify with the choices we make, and then we cling to the identity that results. We shake our heads when we encounter people who have made bad choices, turning for example into racists or xenophobes, but at bottom the problem isn’t bad choices and the solution isn’t good choices. Either side of the coin keeps you trapped in duality.

Transformation provides an escape route from what is otherwise an all-embracing worldview. All visions of transformation have in common a desire to be liberated, set free from some kind of personal limitation. In exceptional cases, such as the life of the Buddha or Jesus, the vision of transformation renounces everything duality holds out as the good life.To be in the world but not of it is as radical as seeking to escape the eternal cycle of pleasure and pain.

In Metahuman I don’t argue for radical transformation in that way. Instead of presenting transformation as a far-away goal, I argue that it should be a starting point. The common experiences cited earlier give a clue to what the transformed life is like. It is open to change because change is always with us. It allows rather than resists, because no one can predict where any situation might go.

But the biggest shift occurs in a person’s identity. Instead of identifying with all the choices you’ve made in your life, you identify with the state of awareness you are in. Consciousness becomes your identity. I can illustrate what that means with a simple example. Imagine that you are on a debating team, and the question is “Does God exist?”In this debate the two teams will draw lots to determine who take which side of the question. As a debater you are prepared to argue for total faith in God or total atheism.

Clearly a good debater can do this, and in our legal system, defense lawyers are often asked to mount an argument for indefensible clients. In everyday life we identify with one viewpoint or the other, faith versus atheism, but in reality we are set up to rise above either position, simply because we can instantly change our perspective. This is more basic than any single perspective, yet we live as if the opposite is true. Every “-ism” is just a perspective somebody wants to defend and cling to.Nazism is dire while pacifism is benign, but each concept limits your unconditioned consciousness, depriving you of the power of transformation.

“My way or the highway” has become a noxious trend in today’s divisive world, by which polarization has become the status quo. But at a subtler level we all cling to our point of view, having forgotten that to be human is never a point of view. To be human is to go beyond any fixed belief, conditioning, bias, or fixed assumptions. What would it be like to live as if transformation is your true essence? That’s the real issue we should be discussing, because the future of humanity and of the planet depends on the answer we arrive at.

Live an Enchanted Life by Renewing Yourself Using Your Inner Mystic

How to Achieve Your Heart’s Desire

Repairing our Hearts – Healing with the RAIN of Compassion