Ram Dass’ Experience of the Sixties 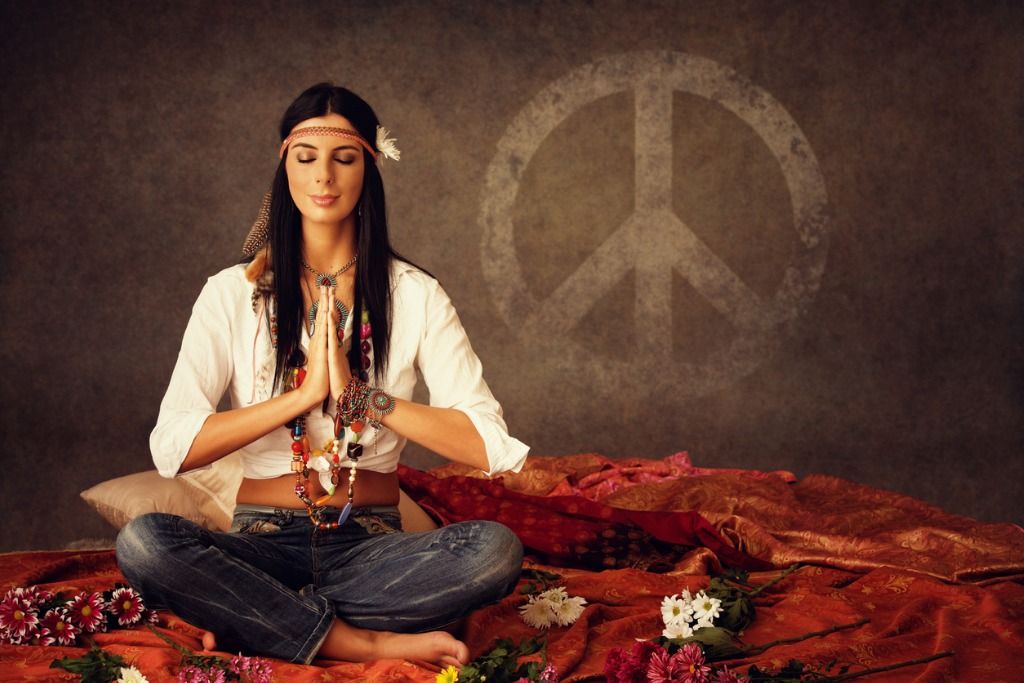 Ram Dass’ Experience of the Sixties

There was a major shift that occurred in the 60’s, the shift from what you call absolute reality; thinking that what you saw and what your thinking mind thought it understood was only one kind of reality. And there was another experience of reality. William James, of course, had said that many years before, if you remember his quote,

“Our normal waking consciousness is but one special type of consciousness, whilst all about it, parted from it by the filmiest of screens, there lie potential forms of consciousness entirely different. We might spend our entire life without knowing of their existence, but apply the requisite stimulus and there they are in their completeness”.

It’s interesting that William James said that when he was a professor at Harvard. I was thrown out of William James Hall for doing what he said.

Up until the 60’s, the primary spiritual containers were the organized religions of this culture. They were primarily the holders of the ethical constraints of the culture. They motivated people to behave ethically through fear and through internalized superego. The primary mediator between you and God was the priest, so there was a priest class. What the 60’s did through psychedelics, initially, was blow that whole system apart. Because it made the relationship to God a direct experience, once again of the individual. Of course the Quakers have had that, and had a long history of it as did other traditions. But in terms of mainstream, this was a new concept coming into the culture, which was spiritual and not formally religious.

Most of the time, up until then, mystical experience had been pretty much denied and treated as irrelevant in our culture. I was a social scientist, I just spurned it, I cynically spurned it. I wouldn’t even read that stuff. Rilke said about that period that the only courage this demanded of us, was to have courage for the most strange, the most singular, the most inexplicable, that which we may encounter.

Mankind, in this sense, has been cowardly and has done life endless harm. The experiences that are called visions, the whole so called spirit world, death, all these things that are so closely akin to us have been, by daily parrying, so crowded out of our life, that the sense with which we could have grasped them are atrophied, to say nothing of God.

It was the first time that many of us broke out of the alienation that we had known all of our adult lives. We began to recognize the health of our intuitive, compassionate hearts; a health that had been just lost under the veil of our minds and the constructs our minds, and had created who we were and who everybody else was. In other words, we transcended dualism and experienced our unitive nature with all things.

There was bliss and there were all kinds of wonderful feelings for it. That glow lasted into the middle of the 60’s. There was the ‘Summer of Love’ in 67, and then it had started to turn by then. It did turn. But it is interesting how mainstream those ideas have gotten in the twenty-five years since that time. When I was lecturing in those days, I was speaking to audiences between the ages of 15 and 25. Those were the explorers in those days. The meetings were like members of the Explorers Club. And we were just comparing maps of the terrain of the travels.

Twenty-five years later, when I speak, in say Des Moines, Iowa, there are 1,500 people. I am saying roughly the same thing, probably not to my credit. But I am saying the same thing I was saying twenty-five years ago. I would say most of those people, at least 70 to 80 percent, have never smoked dope, never taken psychedelics. They have never read Eastern mysticism. And they are all going like this.

Now, how do they know? Of course the reason they know is because these values, the shift from that narrow view of reality, into a relative reality, which made all institutions up for grabs if you look deep enough; all of that has permeated into the mainstream culture. So, in a way, a person nowadays has much more options about reality than they had at the time I was coming through graduate school, for example; as is reflected in all the proliferation of new kinds of social institutions for education.

To understand what was happening to us, we started to look for maps. The best maps that were available to us at that time, that seemed to be readily available, were Eastern maps, maps from Buddhism, Hinduism, and those traditions.

Most of the middle eastern religions, the maps about the directness experience, were part of the esoteric instead of the exoteric religion. And thus, they were sort of guarded, in a way. The Kabbalah and Hasidism were not as popular as they are now. Sufism was not as popular as it is now. So in those early days, we were going to the Tibetan Book of the Dead, and the Upanishads, and the Bhagavad Gita, things like that.

What we found was that since this experience was happening to many of us, including the Beatles and the Rolling Stones, there were different strokes for different folks. Different people interpreted the experience differently. People turned to different forms of practice in order to further their experience or to integrate what had happened to them when they took psychedelics; only partly through psychedelics, of course, but much through that.

At that time in the early 60’s, it had happened to us so dramatically, that I remember Tim Leary and I had a chart on the wall at Millbrook, which was a curve showing showing how fast everyone would get enlightened. That did involve putting LSD in the water supply, but other than that it was not terribly dramatic. It seemed so inevitable and irrevocable because the experience was so powerful. It was so irreversible that once it happened, we started to surround ourselves with other people who experienced it.

Pretty soon, at Harvard, we were considered a cult, because the people who hadn’t experienced it no longer could talk to us, because we couldn’t talk to them, because they didn’t know. And then, that unbridgeable gulf had started to occur right in our own department of social relations. That kind of naive expectation, that it was all going to be over immediately, denied all of the information that we read. We said that we have a new way because psychedelics are going to do what Buddhism couldn’t do and Hinduism couldn’t do. When the Buddha described how long we’ve been on the journey, since he was talking reincarnation talk; you know the image. He said,

So you look at this life, and it’s less than the blink of an eye. It’s like still framed photography. And those are all births. With that kind of time perspective, you take your chart off the wall and start to relax a little bit.

My 9 Step Process to Heal the Heart