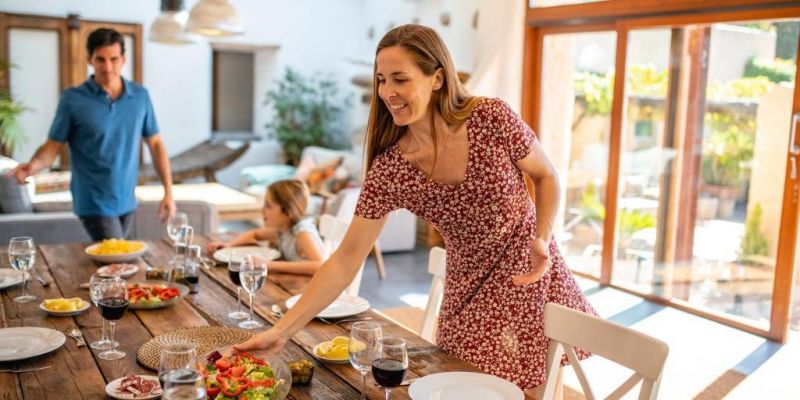 Sixteen years ago Barack and Michelle Obama’s marriage was about to crumble.

Michelle told her mother she wasn’t sure their marriage would survive.

Barack told his grandmother that Michelle’s constant nagging was driving him crazy.

They were drowning in debt from the Ivy League law school loans.

Michelle was the major breadwinner with her high profile, corporate job and two young girls to care for and she felt fat, unseen and unheard.

With Barack’s busy travel schedule, they barely had any family time. And she was tired of picking up after him.

One morning Michelle woke up at 5am. Barack was gently snoring next to her. All she could think about was getting out of bed and going to the gym….it had been months! Part of her resisted going….the girls would soon be up and would need to fed….but the other part of her thought, Barack’s a smart guy, he’ll figure out how to feed them.

Once she arrived at the gym she got on the stairmaster and quickly had a Wabi Sabi epiphany.

She realized she had been WAITING for Barack to make her happy.

BUT, she now saw that it was up to her, to make herself happy.

When she got home, she found Barak and the girls at the breakfast table were she announced the NEW RULES of the Obama household.

First, she was finally going to take her mother’s offer to begin helping out with caring the kids.

Second, every night that Barack was in town, the whole family would eat dinner together at 6:30.

And finally, a weekly date night would be put on the calendar.

Today, as we all know, The Obama’s have a fabulous relationship and they and Michelle’s mom, were all happy together in the White House for eight years. They will soon celebrate their 28th anniversary.

By taking personal responsibility for your own happiness and making space for your partner to be who and what they are, magic can and often does happen. It’s when we are blaming and

shaming that no progress can be made.

Wabi Sabi Love offers ways to turn conflict into compassion and create a more loving relationship…..with yourself and your partner.

The simple act of being WILLING to find the beauty and perfection in our own imperfections and especially the imperfections, quirks and weirdness of our partners, that is the essence of Wabi Sabi Love.

Discover how to add some Wabi Sabi Love to your relationships.

Shine On Behalf Of The Divine

Is Your Self-Help Helping?

Breaking Out Of The Cage of Fear!

Shifting from Blame to Love: 3 Practices for a Wise Heart