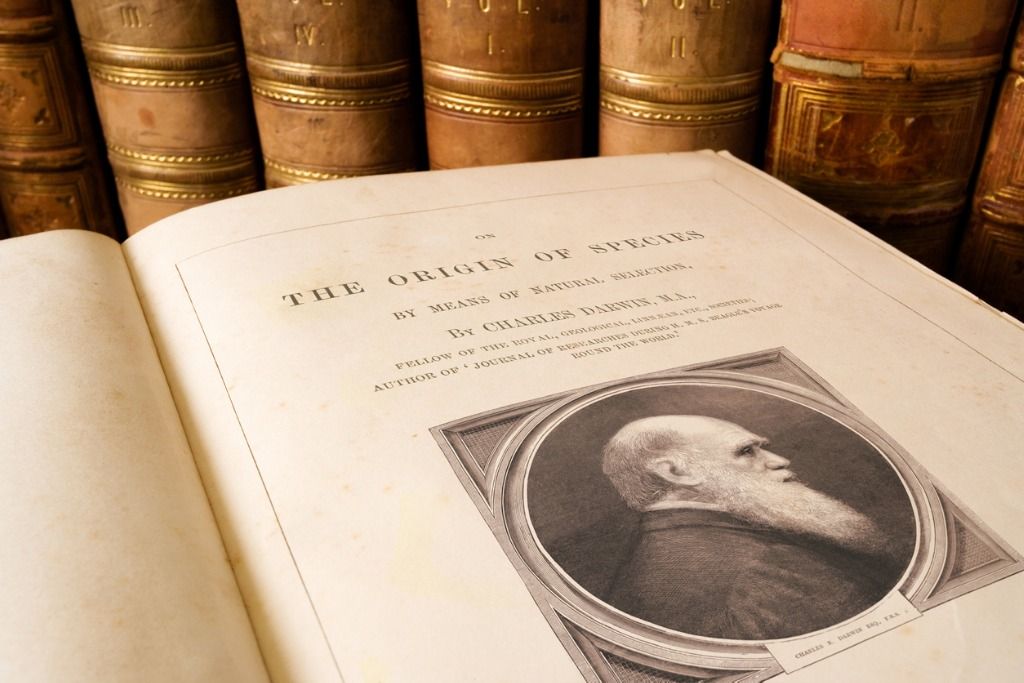 The story of life on Earth owes a great deal to Charles Darwin, and even though few people today read his epoch-making 1859 book, On the Origin of Species, without a doubt we live in a Darwinian world. Revolutionary ideas are subject to change, and when they go viral, as Darwinism did with a vengeance, many unexpected consequences result.

The crudest misuse of Darwin’s theory of evolution are contained, ironically enough, in phrases Darwin never uttered: “survival of the fittest,” ”the law of the jungle,” and “Nature red in tooth and claw.” These notions have been enormously influential. They turn evolution into a winner-take-all competition ruled by the violent opposition of predatory and prey.

Survival of the fittest, when applied to human society, celebrated the rich and powerful as evolutionarily superior. It justified the prejudice that the poor deserve to be poor because they are unfit (i.e., weak, stupid, genetically inferior). Racism and genocide have looked to Darwinism as an excuse to “purify” whole populations through means ranging from forced sterilization to mass murder. Oppressing workers in the worst periods of the Industrial Revolution also looked to Darwin for (false) justification.

Yet these excesses are not the major effects of Darwinism. The major effects consist of truisms that millions of people believe in; they have become the official story of how Homo sapiens evolved. Hardly anyone today can talk about our species without accepting the following premises:

These propositions reduce human evolution to a purely mechanistic physical model; the evidence in the fossil record is irrefutable. And Darwinian evolution in biology is the most useful model of evolution we have.

But there are problems.

The breakdown of classical Darwinism began with the battle over how new traits are passed on. Strict Darwinism holds that genes are fixed. Only the genetic material you inherited from your parents matters. If your parents and their ancestors had striking experiences in their lives, either positive or negative, if they developed certain behaviors or learned new skills, nothing in that realm can be passed on genetically. This assumption has been thoroughly revised, however. The field of epigenetics delves into all manner of “soft inheritance” whereby a lifetime of experiences has marked genetic consequences affecting the next generation and more generations to come.

As a major revision, epigenetics has already changed the course of genetics, but a second, even more radical revision is in the offing. It is a cornerstone of genetics that DNA, sitting in the nucleus of every cell, controls the entire cell through the production of the proteins and enzymes that are the basic building blocks of life. Now it appears that the story is far more complex. Cells do all kinds self-regulating of their inner life independently of DNA, including sending a myriad of chemical messages almost from the moment of conception, differentiating into brain, heart, liver, and other specialized cells.

In fact, cells may have evolved without DNA, responding to the world and self-regulating to become entities that recorded their evolution first in RNA and only later in DNA. How matter began to regulate itself and learn new things is a deep mystery, with enormous implications for how matter and mind are related.

These are complex issues, but the upshot can be condensed into some new propositions about Homo sapiens and how we got here.

These new propositions are creating exciting new models of life and especially of human beings. At the very least, they demand that Homo sapiens be studied as a species of consciousness just as much as a physical species—and perhaps primarily as a species of consciousness. But ideas that excite some minds infuriate others. Hard-core strict Darwinians still hold sway and persist, against any rational argument or new evidence, that DNA alone contains the story of life, a story that relies entirely upon physical processes, fixed genes, and a refusal to consider mind as anything but a byproduct of the brain.

Yet the tide has turned, because strict Darwinism has been backward-looking for decades. Evolutionary theory has evolved, unsurprisingly. The explanations offered by epigenetics are already better than an older generation of explanations. The new understanding of how cells self-regulate tells a much better story than the one which focused totally on DNA. The drift toward more genetic flexibility and the acceptance of cellular intelligence has been decisive.

What’s on the cutting edge now is consciousness: to many open-minded theorists in anthropology, biology, and physics, there is no valid model that can explain mind through physical evolution. At no point did atoms and molecules learn to think; there is no difference in a chemical once it crosses the blood-brain barrier compared with chemicals that haven’t cross the barrier. Far more credible is the notion that consciousness underlies the physical universe, and its unfolding into forms and structures, including life on Earth, has been a conscious evolution.

Darwinism shaped the modern world, for both good and ill, but it needs to be absorbed into a broader story that will explain what it means to be human. Every discipline has something to add to the new explanations of who we are and how we came to be human. Currently there’s conflict and confusion about very basic theories in quantum physics. Creative ferment isn’t easy to live through, but it’s the most exciting state for future discovery. Let’s see how creative Darwinism can become. The future of the whole theory depends upon it.