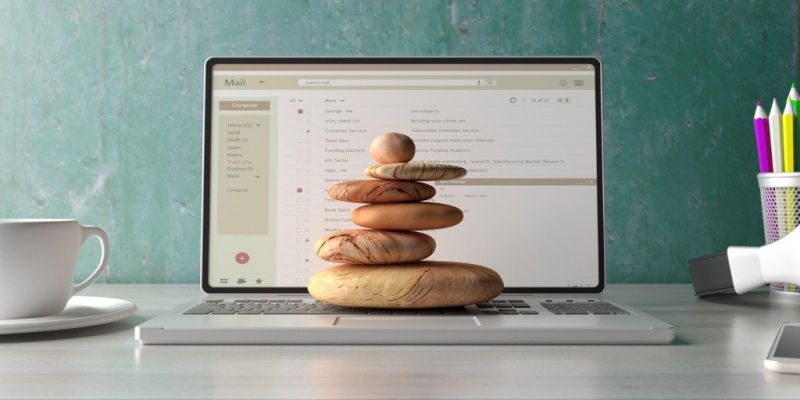 Take a moment and raise your point of view to the thought that during this pandemic, from a more ‘cosmic standpoint,’ we have actually done everything right! In fact, some would argue, it could not be any other way!

Below the waves of this pandemic that have kept our attention bouncing so completely and often in fear-based thinking; there has been taking place a great Stillness, impregnated into every nook and cranny of earth, human activity and all of life Itself!

This Stillness has been yearning to be recognized for eternity and whereas some have made the superficially perilous journey inward to this magnificent place of peace and silence: many more than not have put it off for a time when it would be ‘right’ for them to do so.

And now, this ‘Stillness,’ this ‘Silence,’ has weaseled its way onto earth, for good. While no one was looking and everyone was busy being distracted by the pandemic, the Spirit of Love, Truth and Peace may just have settled Its way into the collective unconscious of humanity forever, awaiting Its sacred time and moment to subtly, overtly, gradually or explosively shatter the old ways of being and doing while replacing them with sustainable frequencies and forms as the foundational building blocks of the long anticipated New Earth!

So whereas folks may be saying, “I am so tired of being stuck at home:” and as the Governor of my state Florida is relaxing the restrictions that have sequestered us for almost 2 months: I am reflecting on it all asking, “Did we get it? Have we gotten it? Gotten what? The underlying Stillness that was/is making Its way into our hearts!

The S & S were really here all along and from now on it is by investing time in them daily, that we will bring Newness and Possibility to all our tomorrow’s! As a race and individually, there is a direct relation between how much time we spend now in the Silence, the Stillness, the Nothingness, and the creative fulfillment of our new lives in the future.

Meditation, contemplation, music, yoga, exercise, reading, studying, visualization, grounding, affirming, walking are but a few of the conscious activities that can be seen and experienced as acts of ‘stopping time,’ stopping that ‘unconscious human programmed drive’ of needing to be ‘more’ to be okay! Communing with/in the Silence is the same as plugging your phone into the charger cable when needed throughout the day. So, then your Sadhna, your Spiritual Practice has become the source of your power!

Plugging into the ‘S & S’ each day is the battery recharge we need to birth and bring more of ‘That Silence’ into all the activities of our daily future lives and in so doing, IS ALL THAT IS NEEDED TO EFFECTIVELY DISPEL THE REMAINING DARKNESS FROM THE EARTH AND FIRMLY ESTABLISH THE HIERARCHY AND REALMS OF LIGHT AS DIVINELY SOVEREIGN IN ITS PLACE!

And it is not difficult to do with the greatest barrier being NOT WANTING TO BE STILL! Ergo, enter, The Corona Times and its partner in crime, the Ego Mind and its programmed resistance to Wholeness and Truth! It is not any of our faults we don’t like to be still as we just incarnated into this seeming mess with no manual! Yet, as spiritually mature adult Infinite Beings Of Light and Love, now, WE HAVE A CHOICE TO GO THERE!

But ego says, “Ha, everyone knows it is through action we achieve things!” And the Stillness replies, “Yes but through what kind of action? Being directed by what inner force of guidance?” Those are the strategic questions facing us as the foundation of the next, great Root-Race of Humanity perched on the precipice of birthing a New World!

The greatest challenge facing us at this juncture in space, is to spend more quality time exploring, communing with, getting to know and listening to, wait for it….THE SILENCE & STILLNESS! For this is where we learn much more than just what to do: we learn how TO BE! And who we are BEING in the New World will have more of an impact on results that what we do!

So, as we get back to ‘work,’ don’t sacrifice the Silence! Backpack it along with the Stillness into the New Day of your emerging future as it joyfully unfolds! They are your love, wisdom, power and the provider of your purpose!

When challenges appear, rather than thinking yourself into an ego frenzy, instead go into the Silence and allow the spiral activating energies of your intuitive Higher-Self inform you of your true path: whether the answer comes right then and there, or moments, days or weeks later. But know this: time spent in the Silence is ALWAYS DEPOSITED INTO YOUR BANK ACCOUNT OF PERFECTION and alignment with the Highest Will of The MOST HIGH ONE!

These S & S answers aren’t linear, they come as waves of the Infinite Ocean Of Love And Knowledge, so be patient: often a period of time passes before you get your answer. The goal is to go within and know by so doing, all is okay, and you are being answered, in Divine Time. Trust……another competency cultivated in the Silence! Commune with Infinite Intelligence and allow It to reveal your path for you.

Crises or Gift?
It’s a point of view! Because while on the outer plane we pray and hold space for a quick transformation: on the inner plane we have been in a kind of suspended animation, zero-point, neutrality zone, rendering all who enter into another realm upon exiting.

We are in a protected, time-travel tunnel, a transformation portal, a divine gateway directly to heaven. Walk in one side from the old, industrial age drenched reality, and exit in the New World! Brilliant! Meditate into the Silence to get more of Its subtle nuances so that as love comes along and says, “Hey, stay home and love for a while longer,” we go, “Okay, would love to!”

In a divinely orchestrated, miraculous, ‘dematerializing-act’ of our old, tired, worn out, abused, taken advantage of, neglected, enslaved bodies, minds, emotions, souls, culture and earth: we are magically rematerializing all of who we are on the higher side of the veil in the New World! Genius!

We’ve been entered into a ‘cosmic decompression chamber’ so as not to get the emotional ‘bends’ surfacing from the darkened depths of ego despair too quickly, rising into the CoronaSon happily blinded by His Light!

We are in a celestial suspended animation, a sequestered time travel capsule, under the Holy Mother’s loving pull of Her tractor-like ‘beam me up Scotty’ new, yet oh so familiar state-of-awareness: where we are being delivered unto The Kingdom of Heaven once and for all as it has been foretold!

The time has come when Ego loses control over Soul, and Soul reclaims Its Sovereignty as Divine Ruler over Ego and all the Kingdoms of Earth as Awakened God-In-Us. And all this is being brought to us courtesy of THE SILENCE AND STILLNESS and all the self-reflection, mindfulness and deep listening inherent therein!

Seeing the world through the eyes of Silence and Stillness is the foundational lens now bringing into focus all manner of seen and unforeseen good coming into our lives and into all the earthly living systems of the emerging Golden Age!

The Viral Times are bringing with them a deeper, more cosmic, Soul-Felt, permanent, systemic, organic, spiritual, inward, undeniable, unconscious, superconscious, fundamental change and transformation of the basic DNA of all peoples towards the final birthing of a totally New Race of Enlightened Divine Humans consciously incarnated in physical form on a New Earth!

As fully Spiritualized-Humans with antennas connecting us directly to Heaven, we are being forced to rethink our relationship to ourselves, one another, the world, the earth and the cosmos in terms of Wholeness, Identity, Oneness and Integrity!

Silence and Stillness: The Final Frontier, delivering unto us all, through the ‘feeling stuck at home’ conversation, only a totally magnificent, new planetary civilization, transformed from within by a force greater than any of us can understand, but one that we can all experience through our hearts. 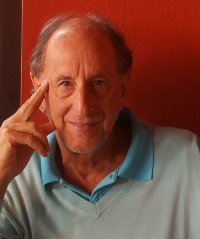 Marque Germain is an Intuitive Empath and Holistic Spiritual Life Coach living in Bonita Springs, Florida, who serves as a guide for those seeking the truth of who they really are.

Coach, speaker, author, yogi, meditation teacher and musician, Marque was raised in New York, educated in Europe, trained as an actor and dancer there when he was first introduced by his spiritual guides to the idea of a global New Age Renaissance which would take place later in his lifetime.

Returning to America, he came up through the Ancient Mystery School traditions of prayer, meditation, decreeing, channeling, fasting and spiritual healing under the tutelage of the Ascended Masters at an ashram in Sedona, Arizona.

After living in Hawaii for the next 22 years and grounding into the Aloha Spirit of the Heart, he sailed across the Pacific Ocean on a 55 foot catamaran for 2 years absorbing the healing wisdom and energies of all ancient Polynesia and Lemuria before landing in New Zealand where he began a rich and fulfilling 30 year career in corporate training as an executive coach for billion-dollar companies, assisting leaders in high stake positions to reduce stress, tune-in, connect with their higher guidance, create value, and make clear decisions that have positively impacted the lives of thousands world-wide.

His life is centered with a strong emphasis on revealing The Coming New Earth Renaissance of Love, and he speaks, coaches, writes and performs his music from that particular point of view.

Over his 3 decades in private practice, he has developed a heart-felt, powerful coaching system based on universal spiritual principles, practices, and perspectives to assist others to release fear and express their true, divine nature.

As part of a link in a long line of healers, Marque’s grandfather, father and brother were all medical doctors and his 28-year-old daughter Grace in currently finishing up her 3rd year of medical school. Go Grace!

For One-On-One Holistic Spiritual Life Coaching With Marque or for a Complimentary Soul Session please go to: www.themodernmysticsacademy.com  or: