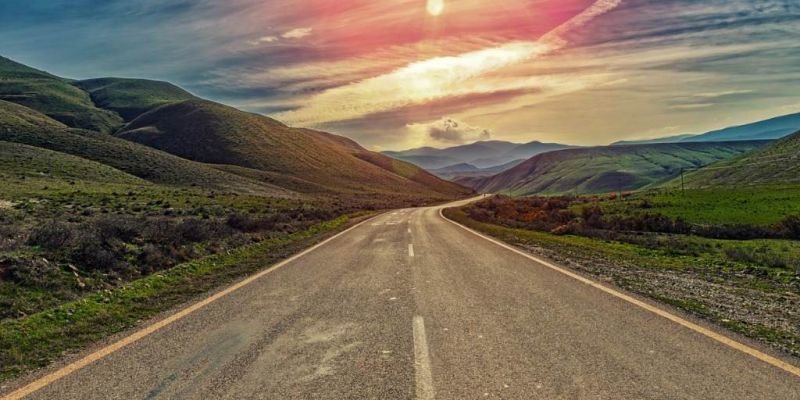 “It's your road, and yours alone. Others may walk it with you, but no one can walk it for you.”
—Rumi

This week was one of those weeks where I bounced back and forth about what to say to you this morning. Writing is like that.

Some weeks nothing comes to mind, no matter how hard I struggle to find the words. Other weeks, my writing just flows and flows. But even then, sometimes the wrong words flow out. Or sometimes the world changes on a dime and so does my message. When that happens, that's when you have to take a moment to get quiet. I mean really quiet. You have to get below the noise, which is not easy. You have to try and go below your own surface. This was one of those weeks for me.

I found myself grieving for all those in Texas and in other states who went without food, water, and power. I was angry at political leaders who simply sought to defer responsibility as people pleaded for help. I felt helpless so I sent money, but if I’m being honest it didn’t really make me feel better. I reached out on social media for ideas. I tried to engage with total strangers and ask them what I could do. All this was going on against the backdrop of D.C. politics, which still feels so angry and divisive, especially here at the start of the Lenten season.

As a child growing up in a deeply Catholic household, Lent meant daily mass at 6:45 a.m. (!) and the rosary at night in front of the makeshift altar. It meant giving up whatever brought me joy. It was explained to me as a period of fasting, pain, and suffering—40 days and 40 nights of Jesus being alone in the desert. Needless to say, it wasn’t my favorite season.

This week, I found myself thinking of how alone so many people feel right now. They don’t have to go to a desert to feel alone because they already feel that way in their own homes and in their own lives.

The pandemic wreaked havoc. People are still without jobs and basic income. A storm has left people fending for themselves as well. They are trying to stay warm and looking for food, diapers, and water. Water! This is happening in what is referred to as the greatest country on earth.

Last year I found myself thinking a lot about how much we really are on our own. Life is a mystical journey, and it’s ours to walk with others, but ultimately it’s ours to walk alone. In The Sunday Paper, we share the voices of those who share their wisdom, lessons, and life experiences with the hope that their journeys will make you feel less alone on yours. Being in community does that. Hopefully the stories you read here make you feel less alone and make you feel as though you belong. I really hope so. I also hope the voices in The Sunday Paper makes you feel hopeful, and ideally I also hope you feel seen.

So while we can all do our part to help our neighbors suffering (click here for a list of organizations that are helping), ultimately we end up having to walk alone. We end up having to learn several life lessons on our own.

I’ve always been inspired by others who share their gifts. This week’s edition of The Sunday Paper is all about that. It’s about living well and living long. It’s about incorporating laughter in the most difficult of times. It's about learning to sit in the uncertainty of life. (That’s a hard one for me.)

In past Lenten seasons, I’ve joined my son Christopher in giving up bread or French fries. I’ve also tried to incorporate doing something positive as well. This year he told me he was giving up social media! That’s a modern-day version of giving up your favorite candy or fries. It’s also a way to get quiet and to not be up in everyone’s grill. As soon as he said it, I could feel my anxiety rise. I can't join him this year, I thought to myself. I couldn’t possibly do that—not for 40 days and 40 nights.

But then I got quiet and thought to myself, maybe there is a way I could join him. Maybe it won’t be a total fast, but I realized that I could definitely put some boundaries into my life when it comes to scrolling and posting. So along with giving up my poor eating habits and my penchant for being late (my other children’s suggestion), I decided that I’ll check the news in the morning and then not again until the end of the day. I’ll remove myself from the noise and commit myself to longer periods of silence. I’ll focus on healing what comes up rather than allowing myself to get involved in everyone else’s issues of the day. (Ted Cruz flying to Cancun amid the power crisis made me so angry I could barely sleep.)

I'm also giving up busyness (which will also help me not be late). There was a study that showed when people weren't in a rush, when they weren't running late, they were basically different people altogether. Even a priest acted differently when he was running late. When we aren't rushed or overly busy, we are truer to ourselves. We move through our days differently, we see people differently and we act better towards one another.

So, here’s to less noise and less busyness. Here's to not being afraid of the idea of being alone. Running from being alone doesn’t make it less true. Accepting reality helps it wreak less havoc on you and your health.

Sometimes weeks are harder than others, but remember that some weeks are filled with laughter and joy too. Some weeks you are the leader, and other weeks it’s wise to be the follower (and even follow those way younger than you). There’s a good chance they are the teacher you have been waiting for. As Rumi wrote, “When you are ready, the teacher will appear.”

Dear God, please help me tune out the noise and sit with my own silence. Sometimes the most difficult thing to do is nothing at all. Amen.