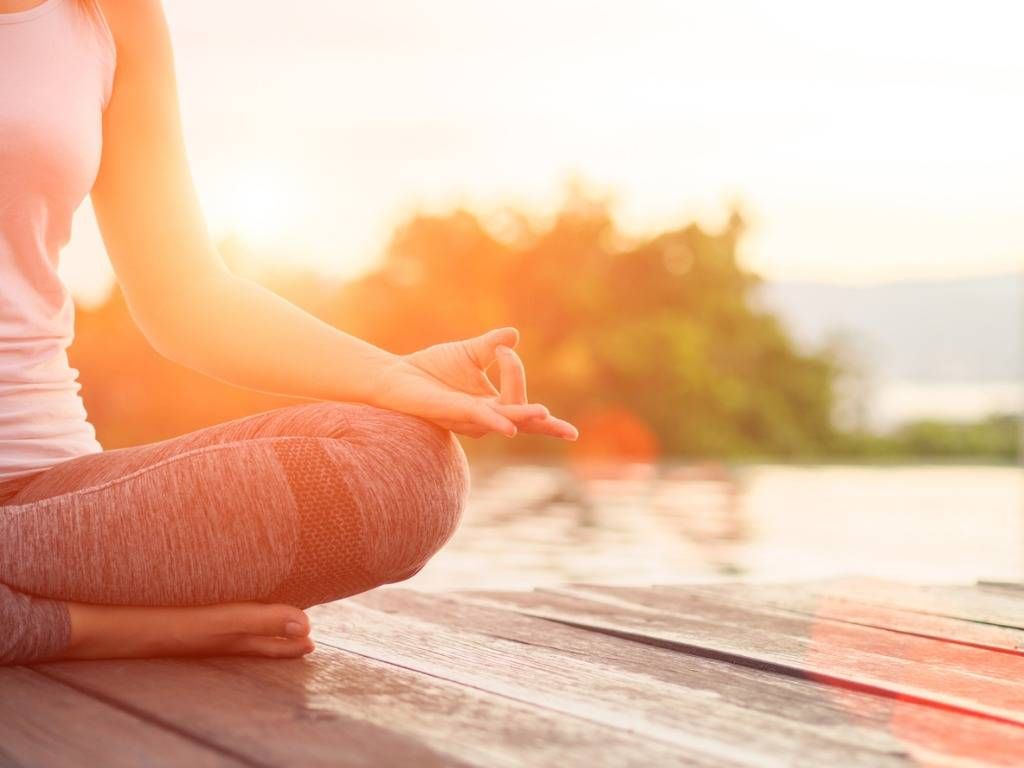 In 1990 I was introduced to a book and author that was to change my life. The book was (and is) called Full Catastrophe Living and Jon Kabat Zinn Ph.D. the founder of MBSR,  Mindfulness-Based Stress Reduction probably was the single most powerful teacher I had that helped me cope with the back to back deaths of my parents.

I was four years sober and nutty as a fruitcake as I had no real understanding of my empathy overload, or what to do with my constant anxiety, especially because I had begun doing professional work as an intuitive and had no clue as to how I was receiving such intimate information. Looking back I see myself on electricity overload all lit up like a Christmas tree.

I had been introduced to various meditation practices but hadn’t settled on any particular one that spoke to my complex inner world and continuous replay of Me Me Me, I and Mine. Then I landed with Jon’s work and began to study and make the shifts I was so desperate for. The noise from the chatty committee in my head finally became quiet and for the first time, I actually felt like I could cope and slow down.  Mindfulness became the centerpiece of my world and has been the core of my daily practice ever since. If you’ve read any of my books you will see how the principles of mindfulness and becoming the neutral observer have inspired all my processes.

So, what does mindfulness have to do with oracle cards?

I discovered early on that divination tools were always meant for self-inquiry as well as a way to connect to a Higher Intelligence and that I could use them to self-reflect as a way for me to:

I began by using the I-Ching for this purpose then Norse Runes, and classical tarot and then when I discovered I could develop and create my own version of a divination system I found this an amazing way to use oracle cards as a meditation tool especially when it feels daunting to begin the mindfulness process.

I was better able to focus on the story in motion then rise above it once I was able to name the energy presented in the card. It became a very effective way of self-reflection as the first step to a more detached mindfulness process. The story of Me Me I and Mine then became more manageable and filled with potential and possibility to shift to a more positive view that supported well being.

So this week I’d love it if you would try this. This is an exciting and distressing time of change and chaos and it’s hard to stay grounded and out of a victim story from all the dissention that seems to rise up from every corner (also a media diet will be way more effective this summer than cutting out carbs).

Here is what you do. Choose one card a day for the next 7 days from your favorite card deck (preferably mine!) and observe what it says, and give yourself 10 minutes to allow your mind to observe the story the card is presenting to you, allowing yourself be invited into an exploration of its possibilities.

Let it be what it is no matter what story the card reveals. Don’t try to change it, rather allow an image of a river to appear to you and imagine the card and its story floating down and away from you. Just observe the river now and allow all your subsequent thoughts and ideas to flow like leaves until they disappear. Pay attention to your breathing.

Going back to your day, how can the story revealed in the card support your highest good now? If you could retell it in a different way what would serve you better?

Love to hear your thoughts on how this practice impacts your day!

Also, I’m including a great video about mindfulness from this extraordinary teacher.

Here is a link to Jon Kabat Zinn’s video on Mindfulness.

Have a truly blessed, mindful and abundant week

5 Ways to Ease Stress with Mindfulness

An Angel in the Subway

What Is God?
Create Your Purposeful Connection To Spirit: The Seventh Energy!
Moving From the Hole into the Whole
The Science of Belief … In a Nutshell
Outgrowing Your Created Self