How to Connect to Very Chatty Universe – to have a real conversation about what counts! 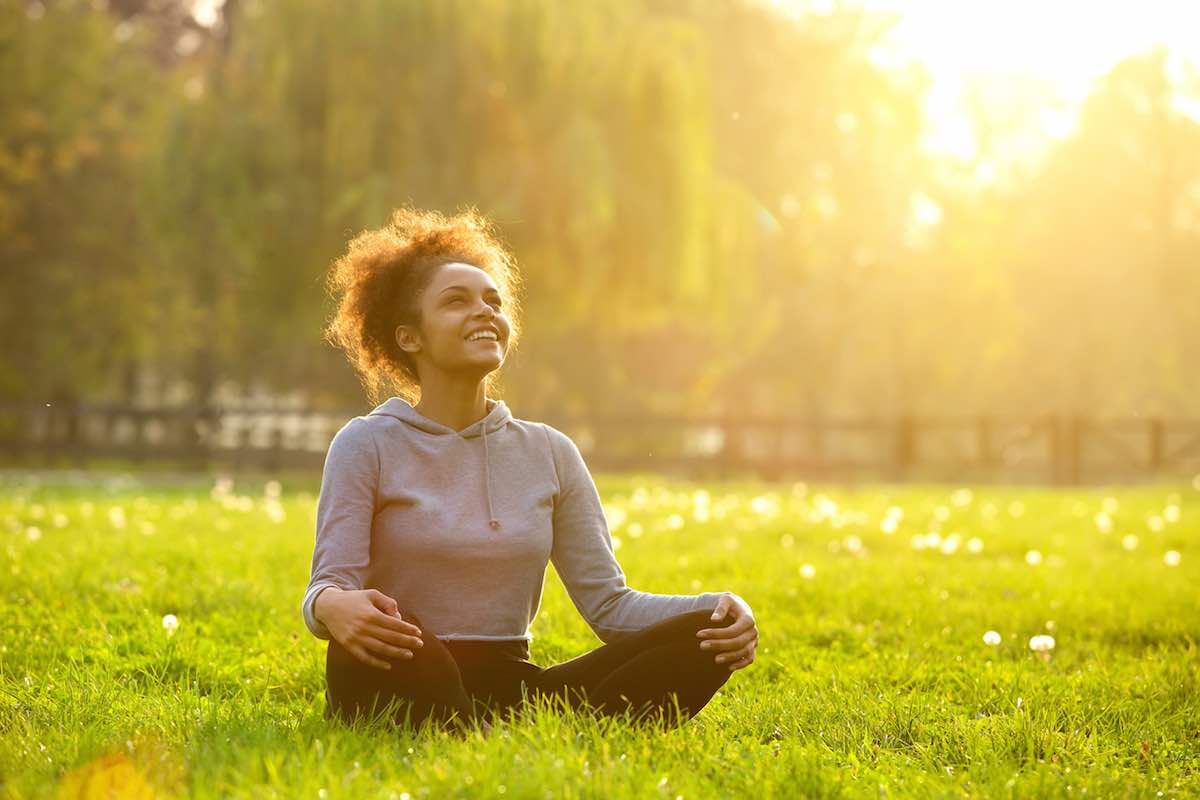 You know people always ask me how do you have a conversation with the universe? Is it prayer and meditation? Of course, both of those are regular practices of mine and they are important (in my opinion) but neither is particularly good at the dynamics of what we know is a conversation. You know one person talks then the other one talks back.

Praying is good but it’s more talking “at the Universe” than with it sometimes. How many times have I been on my knees (AHEM in the past mind you) saying Dear God, Spirit, Universe angels and whoever else runs the show – please, please make this go away (you know when you’re unhappy with your crappy result of manifesting) I promise wholeheartedly I will never do “it” again!! (eat the whole cake, kiss the wrong guy, chase the wrong results). I came from the school of bargaining prayer. If I do this please can I have that?? I will be a good girl if you remove my mom’s Cancer, don’t let my dog die, watch our house be taken away.

Eventually, prayer for me was centered on gratitude and allowing, forgiveness and radical acceptance. I learned to pray for the willingness to be willing (to let go, to surrender, to let go some more etc.)  and sometimes the Universe would answer by giving me a break or by testing me until I was ready.

I always felt the partnership but it took ages to get the conversation part of it practical.

And then you have the other obvious way to connect to the universe which, thankfully, has become pretty mainstream now. Meditation is about clearing the decks and emptying the mind to listen to the universe.  But the point is to be still with complete detachment so if you’re doing it right, you can’t be detached and listen intently at the same time for THE BIG ANSWER to the question about your hopes and dreams you’ve been letting the Universe know is important to you and yours. Have you tried that? Doesn’t work, does it? Then you are playing with monkey mind and might begin to feel like a big fat failure because a) you will not feel free and b) you’ll begin to lose your faith that you could ever have a direct intimate convo with the Consciousness of the Universe.

Or, you meditate and then those epiphanies effortlessly download and you just become superbly grateful and in awe of how this works.

Because it does. It just does. You just can’t dictate the when, the where or the form but you can be open and allow.

The Universe is very chatty, talking in sign language, setting up meaningful coincidences so you’ll notice that “ hey I’m listening for real!”. But our problem with our cynical modern mindset is that since no one taught us the language then it’s all just BS.

It’s true the materialist view is hard to shake.

I was fortunate to have parents who saw the advent of many things we take for granted.

My Dad was born in 1908 and not only did they not have a phone, their transportation to the village was a donkey. Think about it. People had no idea how to use a telephone. Holy moly a voice was inside this thing. Yes a person is on the other end and you talk and they talk and a conversation with great distance between you was possible. My grandmother was terrified of phones and apparently screamed at the one they installed in their home every time it rang. She refused to pick it up too.(same reaction around refrigerators apparently).

Could it be that our current society could be a little like my grandmother? Given the opportunity to discover a device, a tool, a language hidden in plain sight that gives us direct access to the Universal Consciousness are we not initially suspicious? You likely are not if you’re reading this but you get the picture.

Now my Dad was the first person who mentioned to me that a conversation was not only possible but true and amazing through divination and how consciousness could expand when you looked at the leftover coffee grinds that formed patterns in a Turkish coffee cup. He alluded to it often while he spoke to me and my sister about Plato and Aristotle and Atlantis and the value of education as if he had a BIG secret. (I found out at his funeral why my mom put a gag order on this as after he told a couple at a party in a trance about the affairs they were having, and didn’t remember after, he created quite the scandal)  My Scottish Nanny Mrs. Kelly read playing cards, and I had seen things and have known since I was little that yes a rock is just a rock most of the time but then a rock becomes MORE – a symbol for an obstacle or a shape of a heart representing healing when I was hurt. You might have had similar thoughts and experiences that made you curious about the Hidden Realms?

Once I dove into studying ancient divinatory traditions I understood that so many ancient cultures that were actually highly sophisticated and had figured out all kinds of things (we still haven’t- like how did the pyramids get built really and what about those giant stones on Easter Island or Stonehenge?) These civilizations had methods of direct intimate conversation with the Universe that was accepted and part of their culture and traditions. For us, not so much unless of course they are hidden or shoved over to the woo-woo fringe and occult section of life always poo-pooed by the intelligentsia, and religious conservatives. Don’t get me started.

So if you’re new here you’ll get to know me and you will come to discover that I have committed my legacy to create and teach a modern version of these ancient methods of direct conversation that can be practical and mystical too. We’re craving reverence and awe and magic and connection and our bones are singing for us to remember, and we sense a need to recover this lost form of dialog. After all the Universe made us, we are part of its Consciousness -little sparks that are here to steward this Intelligence and self – evolve. How about some help? Where is the Light to dispel the darkness? No wonder we want to have a Lightsaber or wand!

You’ve probably already experienced the fun and joy and amazement, of seeing those synchronicities of license plates, billboards, and animals that cross your path with significance. You’ve heard songs on the radio speaking to your heart. And the thing is all this is fun!

Now, here is the rub. The Universe is Chatty but it doesn’t exactly speak English or any other human language. The Universe is so much cooler than that. It speaks, images, metaphors, evoking a response and an awareness that if you stare long enough at the tip of the iceberg the rest reveals itself. But often it’s not a direct I talk you answer thing. Time as an element of this conversation is not always the same as talking with someone with immediate results. It stretches itself and moves through your consciousness as each moment your understanding opens more wisdom becomes more obvious and real. Sometimes the answers show up in the outer world, sometimes the Universe fills you with ideas and inspirations.

Bottom line conversing with the Universe is a powerful skill you already have but you kind of have to move yourself and what you expect out of the way. The tool to initiate the conversation that I’d like to illuminate for you now is a new kind of telephone- a weird and wonderful conversation device that acts as a mirror, a phone, a flashlight, and a fully flushed out language!

Oracle Cards (mine anyway) need to be experienced. You just have to ask the right question then surrender to the natural sense of peripheral awareness you need to find yourself in that in-between state of mind that bridges wisdom, intellect, and intuition that can take time to percolate and show up for you. Just takes some practice and honestly is mind-blowing.

So (after all that – jeez can you tell I am enthusiastic about this subject?) SO...

If you have one of my decks- that is awesome pick one and let’s begin. If you don’t go to my website and use my free app and just pick any deck that feels interesting to you.

For one week every day ask this question “What do I need to know today about “x” for my highest good?” – now pick something you’re engaged in.. a project, a relationship with someone, something current that you’re curious about or are stuck in. Keep a journal and you will be amazed at how chatty the Universe is once you keep up the conversation. It knows your every desire and is always showing you the truth. You are loved and oracle cards open your connection to the Universe where your most awesome destiny awaits!

Why You and the Universe Are One

Want to Stop Living in Fight or Flight Mode?
I don’t care how spiritual you are
The Disappearance of "I"
How Wholeness Works” The Vanishing “I”.
Mindfulness as Self-Care: 5 Soothing Tips