Is Wholeness the Secret of Well-Being? 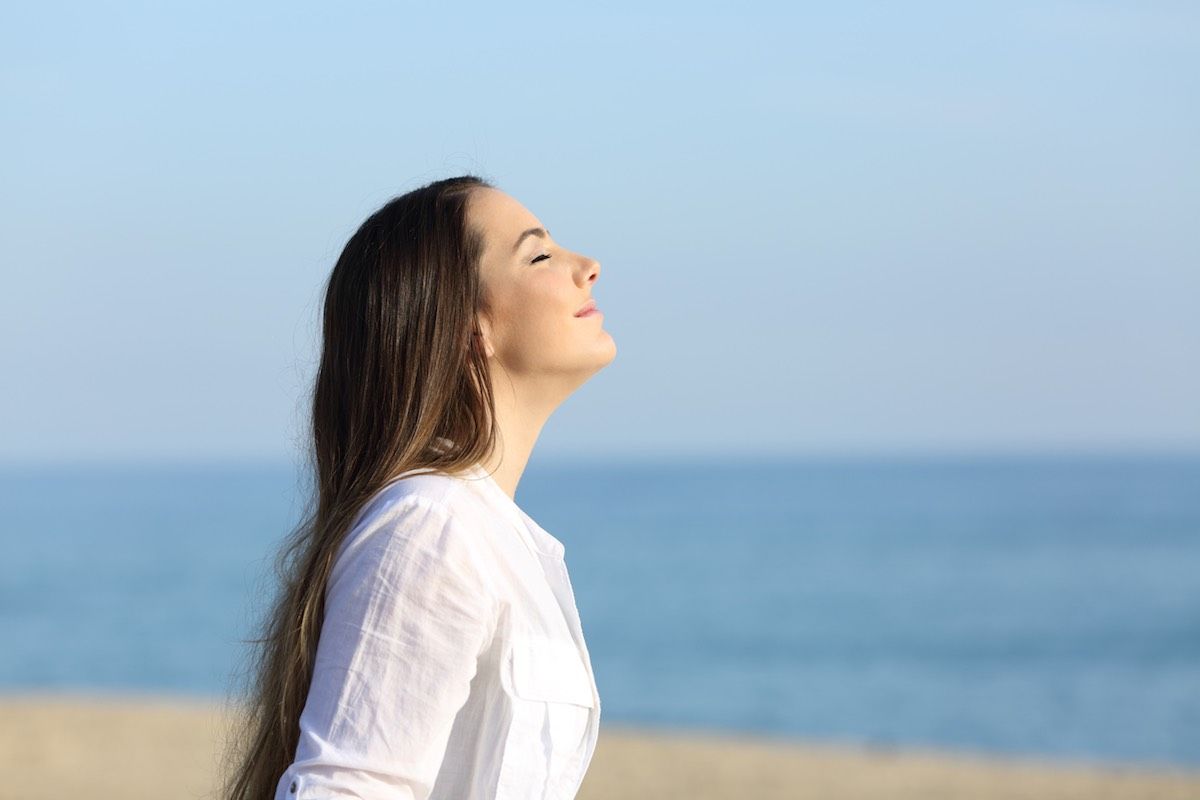 Is Wholeness the Secret of Well-Being?

Part of being human is that happiness is difficult. We are too complex for a cut-and-dried answer to work. There have been broad trends, however, over the course of time. Devotion to God, the pursuit of reason, getting rich, going to a therapist—all the possible avenues for achieving happiness have been explored, and in modern society each solution remains open. No one is locked into another person’s way to find happiness.

But that’s not the same as claiming that all of these various approaches have worked—there is a good possibility, in fact, that none has. That’s the position taken by a wide swath of teachers and guides, most of them classified as “spiritual,” who declare that living in the state of separation is the root cause of suffering. Separation is also known as duality, and so in recent years a new rubric, nondualism, has been used to embrace philosophers, therapists, spiritual teachers, and general writers who promote wholeness as the secret of true, lasting well-being.

In this post we’ll look at the nondual argument through an overview of how things stand in the wellness movement and particularly the evidence in biomedical literature that might offer scientific evidence for nondual claims.

A significant gap exists in the biomedical literature on the subject of consciousness and nondual awareness - or nonduality. The benefits of techniques to foster this awareness, such as meditation, are now widely studied but typically only as a means to overcome stress and promote relaxation, without drawing attention to the transcendent aspects of the individual.

Research into nondual awareness can address a missing component of well-being in the psychologic and psychiatric literature. In the foreword to “Mystery of the Mind” by Swami Muktananda, Swami Durgananda writes “Up until now, the great body of literature documenting this state [of nonduality] isn’t in psychology. But just as with modern psychology, the millennial-old spiritual paths of the East also viewed ‘understanding ourselves and others as largely a matter of understanding our own minds,’ rather than blaming our dissatisfaction on external forces”1.

Still essential distinctions exist between science’s understanding of well-being and the state of awareness known as nonduality. Nonduality—a term coined to describe what the experience is not—can perhaps be more appropriately described as oneness. It is in essence a state of being, knowing, and perception, that all that exists is one.

The ancient Hindu text, Yoga Vasishtha, characterizes nonduality as a “continuous and unbroken awareness of the indwelling presence, inner light or Consciousness.” There is only Consciousness appearing as this or that. In this regard, knowledge of Self is knowledge of one’s “true identity,” as distinct from ordinary self-consciousness, which fosters a sense of feeling different and separate.

Neuroscientist Zoran Josipovic describes nondual awareness as “an open, awake cognizance that precedes conceptualization and intention, and contextualizes and unifies both extrinsic task-positive and intrinsic self-referential mental processes, without fragmenting the field of experience into opposing dualities” 2,3.

Nonduality is also sometimes called non-separation. Most individuals identify with the body as self and experience themselves as residing in the body. They look out at the world as separate from themselves. This is the experience of separation, duality. In nondual awareness, there is no distinction between the perceiver and what is perceived; between the knower and the known. There is no, ‘I’m here in the body and everything else is out there’, but rather everything is known and experienced to be one. There is no separation from Self and what is being experienced. It’s literally all the same. Any prior experience of individual identity is now the experience of the Self in its multitude of expression. The ‘person’ identifies not as an individual but as the Self (or Universal Awareness), and in this sense nondual awareness is a fulfillment of ‘Know Thyself’, an aphorism of many great ancient cultures. Ultimately, terms such as non-separation and unity are less fitting as they implicitly refer to a situation where what was once separate is no longer separate whereas in Consciousness this is not possible as there is nothing that is that is not of that oneness.

While psychology and nondual thought share the aim of alleviating human suffering perpetuated by the mind, the focus is limited to the mind itself, without an understanding of Awareness beyond mind. For psychiatry and psychology, this represents a shift in understanding of well-being. The focus is no longer on how to attain well-being through the acquisition of objects or experiences, but rather a focus on who is seeking the well-being.

While over the past decade the biomedical literature has expanded in several domains highly relevant to our understanding of well-being, there remains much work to be done. The psychological and psychiatric literature have, for example, embraced “positive psychology” (sometimes called “positive psychiatry,” although something of an oxymoron) to describe the significant contribution of factors such as gratitude, compassion and empathy to well-being.

The Journal of Positive Psychology was launched in 2006 while the Journal of Positive Psychology and Well-being launched in 2017, to specifically address how attributes of positive psychology support well-being. The journal is “devoted to basic research and professional application on states of optimal human functioning and fulfillment and the facilitation and promotion of well-being.” While there are no journals devoted to positive psychiatry, the book Positive Psychiatry: A Clinical Handbook was published in 2015 in order to initiate this dialogue. Even within the field of Behavioral Cardiology, which since its origins over five decades ago focused on the effects of ‘negative’ traits such as stress, depression, and anxiety on cardiac outcomes, has shifted to an appreciation of the value of gratitude and empathy to improve long-term outcomes and well-being in cardiac patients. Such efforts have significantly broadened our understanding of what it takes to cultivate and maintain well-being, which previously was more limited to a focus on domains such as career, social, financial, physical, and community 4 The question remains, keeping in mind an understanding of the importance of these factors, to what degree does cultivating nondual awareness provide a further foundation to well-being?

Since the early 1970s, the scientific literature on meditation has grown significantly, with today approximately 4,700 citations appearing on the biomedical database PubMed.gov. While a majority of meditation practices share the common ultimate aim of transcending ego self-identification towards establishing a more unified life of nonduality, there is little evidence of this in the biomedical literature. 5 2 In addition to meditation, other common approaches to gaining insight into nondual awareness and spiritual awakening include self-inquiry, prayer, and psychedelics.

As the meditation movement picked up steam, the field of Transpersonal Psychology was founded in an attempt to integrate the emerging understanding of the transcendent aspects of the human experience within the framework of modern psychology. Transpersonal refers to any experience where the sense of identity or self extends beyond the individual or personal to encompass wider aspects of humankind, life, psyche or cosmos 6. While for any individual’s spiritual journey there are likely many transpersonal experiences, such experiences may or may not include an experience of nondual awareness.

It’s not as if this knowledge is unavailable. Many of the meditative traditions and philosophies, such as Advaita Vedanta, Kashmir Shaivism, Buddhism, Taoism, Sufism and mystical Christianity share the foundational understanding that the Self is absolute and unitary. Fascinating newer developments in neuroscience seek to understand neural mechanisms of nondual awareness as compared to those of focused attention, open monitoring, and mind wandering, as well as seeking to understand the effects of nondual awareness on cognitive and affective processes which are hypothesized to be related to changes in fragmented subject vs. object experience 3 2.

A caveat with pursuing nondual awareness as a foundation of well-being is that, while it is attainable, it is less readily cultivated than, say, learning habits of gratitude or practicing breathing techniques or meditation as means to foster relaxation and well-being. While there are many paths to developing nondual awareness, it’s not evident which might be more or less conducive to success.

In summary, the journey to nondual awareness is the journey to establishing a true well-being. Bringing greater attention to this in the biomedical literature can help further advance our understanding of the human being and of our potential for developing extraordinary well-being.

Evolving Out Into The Infinite

Pivoting out of the Personal and into the Universal

The Wow of Being Human
What Belief Do I Serve?
Addiction to Spirituality: The Spiritual Bypass
Quiet Genius: THIS AMAZING LIFE
How Astrology Can Make Way For Better Relationships