Why Did We Create God? 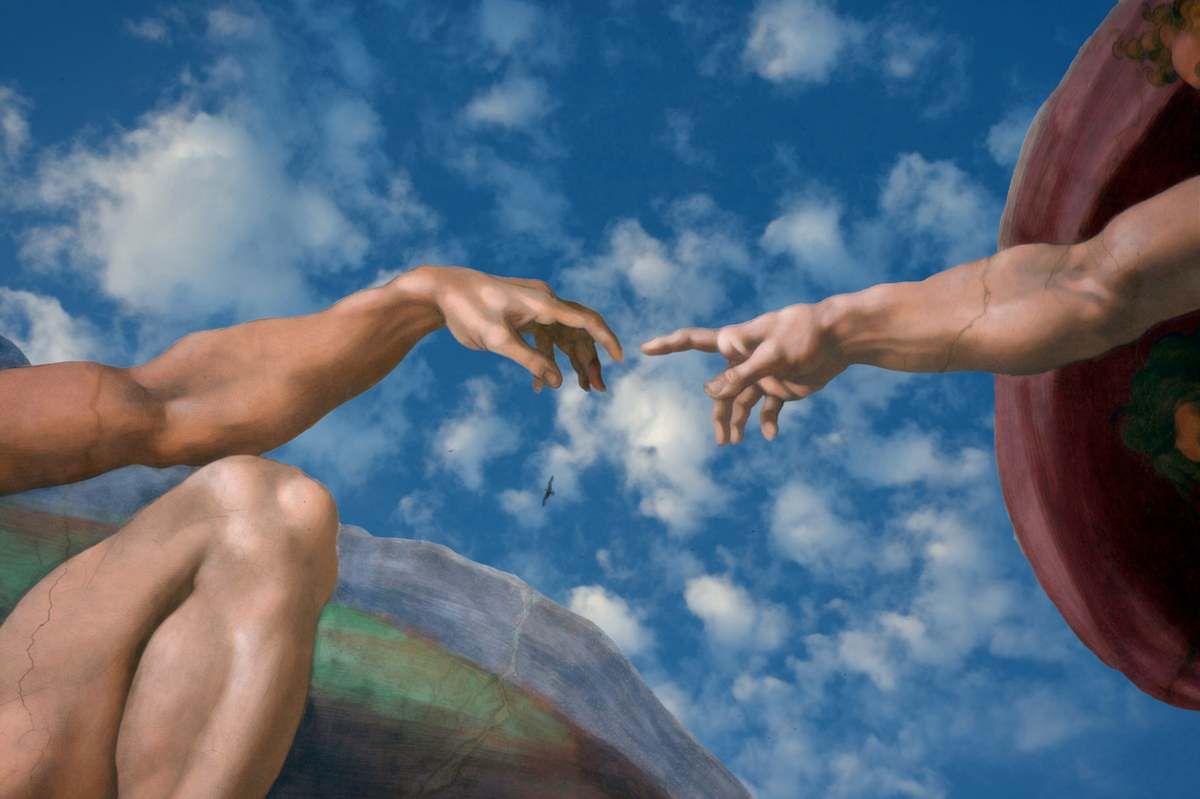 Why Did We Create God?

There is no denying that the different versions of God in world religions has led to historical violence and conflict, which humanitarians have tried to end by saying that there is only one God, implying that such conflicts are pointless. But is there only one God? The conflicting versions of God all attempt to grasp God in reality, so every version actually is God for that religion.

Atheists claim that all of these versions are fictional to begin with, but this misses the point. Human beings have experienced the spiritual dimension of life for as long as history can tell. The need for God grew out of the same need as modern science: to explain a fundamental aspect of Nature. The problem is that there is a gap between this need for explanations and the answers arrived at.

In this gap creativity went to work. The gods and God are human creations, constructs of the mind. Faced with unanswerable dilemmas the human mind went to work to fashion a supernatural dimension presided over by a ruler, or rulers, who stand in for rulers here on Earth, being human, emotional, unpredictable, beautiful, terrible, merciful, vengeful--pick any human trait and you can match it to some version of God worshipped now or in the past. The rational God of Thomas Jefferson's enlightened God is a projection of his ideal human portrayed on a superhuman scale, just as Jehovah, the complete opposite of Jefferson's God, was an idealized projection by ancient rabbis.

The need to create God in our own image is undeniable, and warring faiths were probably inevitable since antagonistic versions of God represented values worth fighting and dying for. Now the ground has shifted, however. The need to keep on creating God has waned drastically. There are unlikely to be new world religions armed with the power and might of the old ones. About the only God anyone wants in a modern secular society is either harmless, antiquated, and benign--like a fairy-tale grandfather--or else totally abstract, which is why some people defend evolution and science with the fierceness of defending God in the past.

Whether you approve of God on the wane or not, the need for God isn't the same as the need to create God. The latter serves a lower purpose, which is the mind's need for constructs--stories, explanations, wishful thinking myths, consolations, and so on. The need for mental constructs rules everything we can think about or put into worlds. From this perspective, the creativity put into the God-construct has been enormously impressive. Think of the great cathedrals and religious painters in the Western tradition--they glorify magnificently the God-construct and yet amount to the tiniest fraction of the whole enterprise.

If every trace of God was wiped off the face of the earth, the need for God would remain. This attests to a simple fact: being human has an inexpressible dimension to it. This inexpressible dimension cannot be put into words or concepts, and even when cathedrals are built around it, they are fragile symbols of the reality. There is no place where this dimension can be found, and no time when it will either come or go. To validate it only happens through inner experience, and even then the experience must be transcendent, going beyond words, concepts, symbols, and mental constructs.

The transcendent journey leads to the source of consciousness and therefore the source of reality. To say that one arrives at God is true only if you realize that the God in question isn't anything like the God made out of human creativity. God is the immeasurable potential as consciousness for all forms of knowing and experience in every living organism. Our everyday reality is an experience in that consciousness. The real God is wholeness, which has no qualities we can speak of, including cherished qualities like mercy and compassion, and yet God is the source of all possible qualities. This disparity is one reason for the gap between our need to create God and our need for God as reality. Frustrated by not experiencing the reality, we fall back into the old, familiar game of mental constructs, and thus a new, provisional, incomplete, and dangerously factional version of God gets born.

Our greatest hope for the evolution of human consciousness is that we are finally ready to give up on all pseudo-Gods, not only for the incomparable violence and suffering they leave in their wake, but more importantly because God as reality awaits our awakening. What better hope for humanity is there?


Reprinted from SF Chronicle with permission

Get Yourself a Pocketful of Miracles

Tapping Into Your God Given Power

Think, Move and Act from Peace.

Walk Through the Boundary into a Larger Life
Get Yourself a Pocketful of Miracles
Tapping Into Your God Given Power
Enlightened Rebel: THE EMPTY CANVAS
Think, Move and Act from Peace.