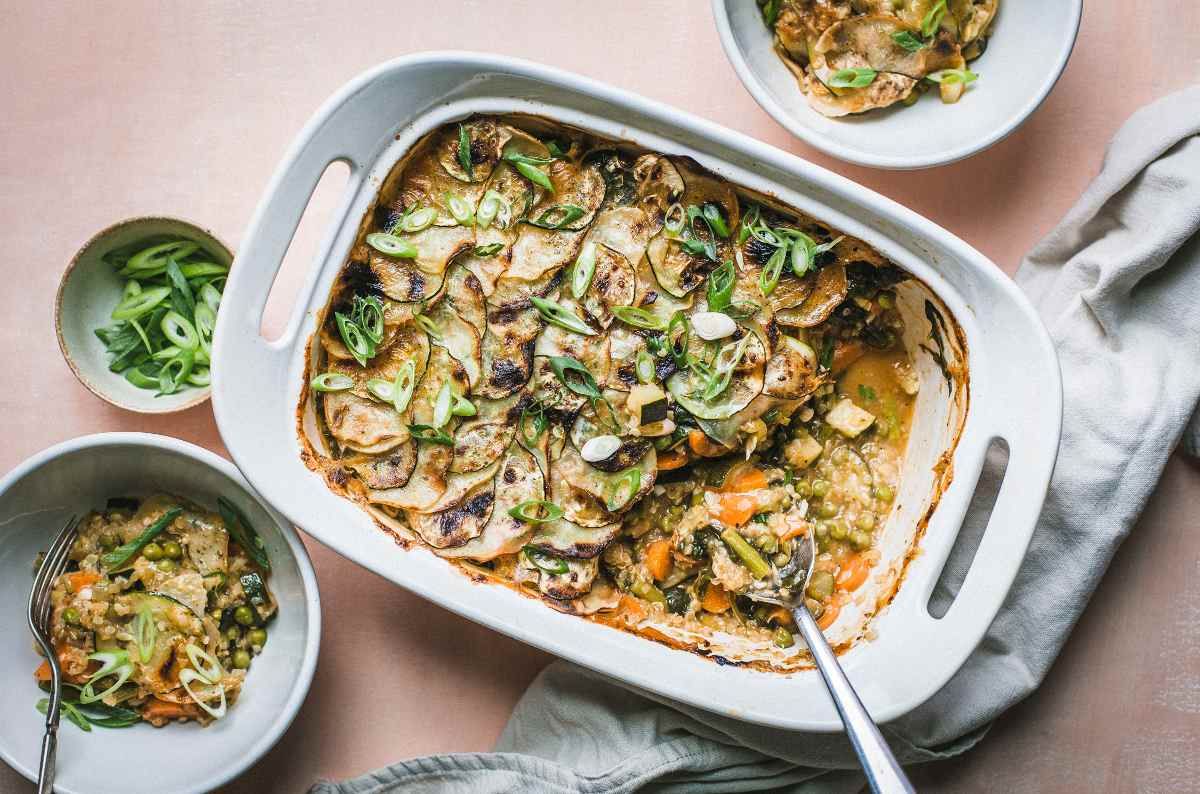 Spring Vegetable and Quinoa Pot Pie
Spring has been super rainy for us (it’s been raining for almost a full week now!), with only a sprinkling of a few nice days, so cozy food cravings are still in full swing around here. I seriously can’t wait until freezing cold smoothies, raw salads, and huge watermelon mono-meals regain their appeal, but I definitely don’t mind living on this pot pie til then :) It’s got almost all the comforting features of a traditional pot pie, but is made with bright spring produce and a blanket of thinly sliced vegetables instead of the more traditional pastry-based crust. 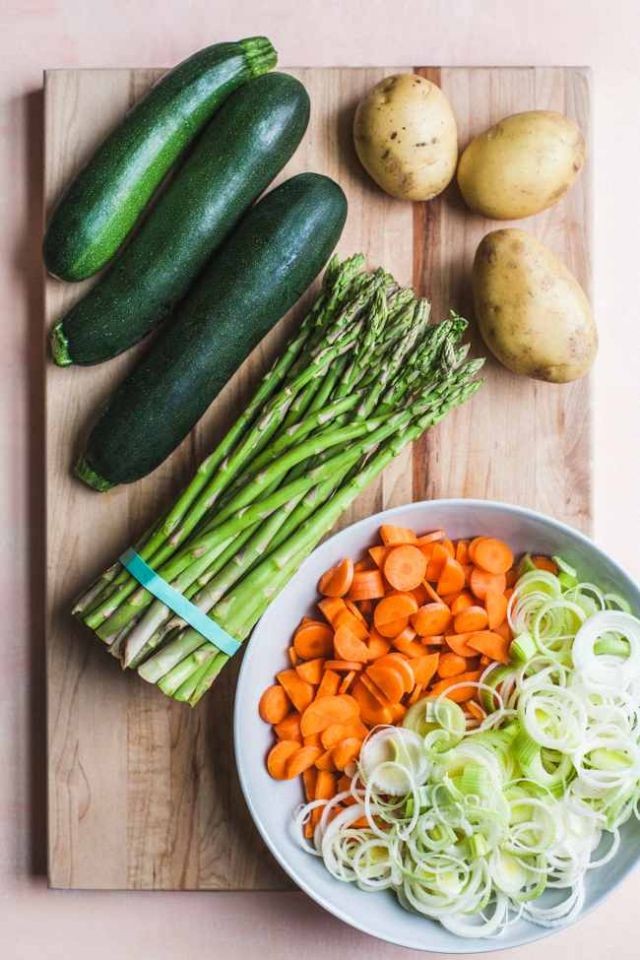 Leeks, asparagus, peas, and spinach all made it into this pot pie in celebration of spring. There’s also quinoa for more substance and a stew-like texture, as well as carrots and zucchini. The crust is made up of thinly sliced potatoes (use new potatoes for the ultimate seasonal points) and zucchini. You could totally sub in your favorite pot pie pastry crust here if you’re looking for something even more substantial, store-bought biscuits would work too.

Don’t be afraid to improvise and include other spring goodies that you might find around this time of year. Green garlic, spring onions, and ramps could replace some of the leeks. Quickly blanched fava beans could stand in for part of the peas. Chives can be used for garnish instead of scallions, and chive blossoms will always offer the most beautiful finish. Hope you enjoy this one :) 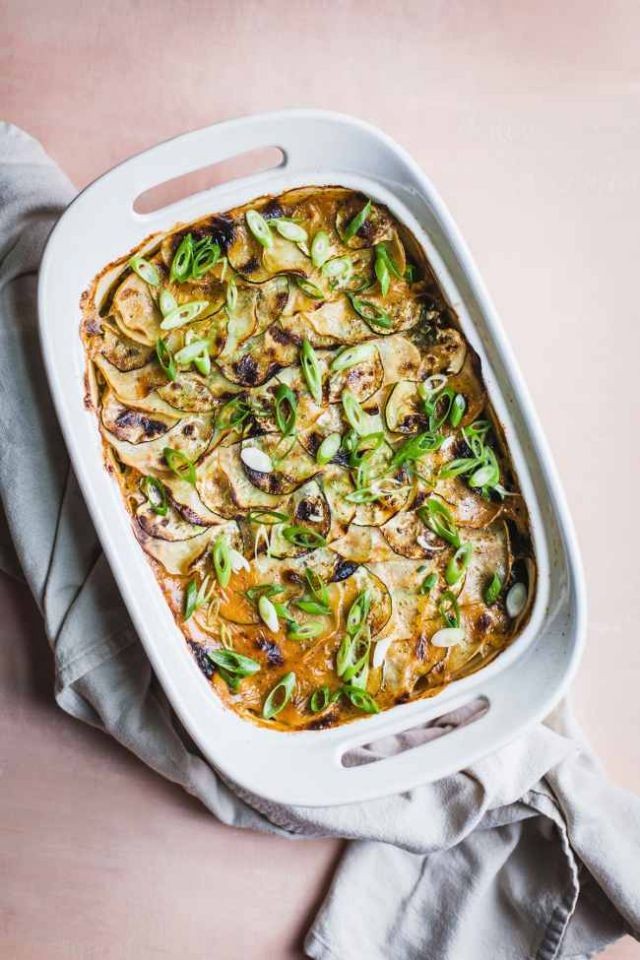 5 Signs You May Have Sleep Apnea

6 Reasons to Try a Low-Sugar Diet