Stand on the Ground of Your True Self 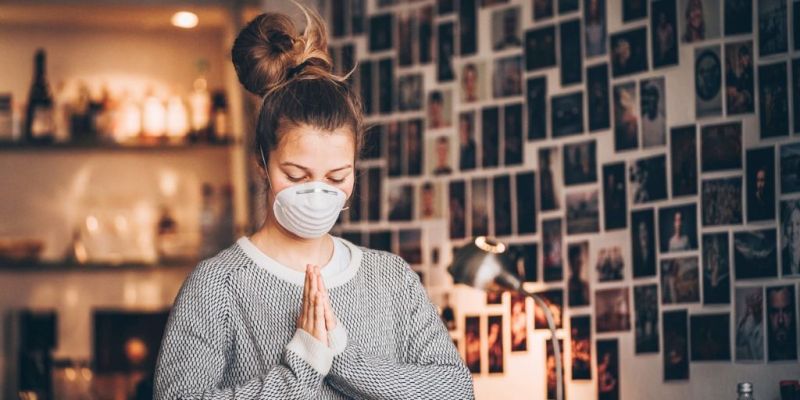 Stand on the Ground of Your True Self

Our sense of self -- the way we experience ourselves -- is very much connected to the widely varying states of emotional energies that come into us and that seem to shape the nature of our individuality. But the fact of the matter is, there is no such separate self, at least not the way we presently experience it. There are just these ceaseless states of energy and the fleeting sense of self they produce as they pass through us. And because these widely varying states don’t belong to us -- in effect, they’re just "passing through" -- the moment their nature moves on, goes with them the sense of self we had derived from their presence.

This knowledge has great meaning for anyone who wants to be free of useless negative states and more, including this: When you don't -- when you consciously won't -- express some negative state, you are literally asking for awareness of a higher self. Here's why. As you don't express that state, you become conscious of yourself as the ground upon which it is breaking as well as the presence of that visiting state. In this moment of new awareness there is something there inside of you, with you, that won't change when the state changes.

Would you like to know a miracle? First, the eternal, permanent spirit of God is a miracle. But that you can experience this miracle of miracles right within yourself -- by learning to consciously witness the coming and going of these inner visiting states – that is your miracle. Wouldn’t the seeing of where you've been losing yourself your whole life be the same as getting close to being wholly self-possessing? Please think about it… because what is it to not possess myself? It's to be whatever vagrant state happens to pass through me. I pray for good states because I want to get possessed by joy. But the problem with getting possessed by emotional joy is that it either evaporates in the course of time or it just disappears when the temporary conditions that created it change (as they must eventually do). Then I’m left there empty, not only taken over by whatever the next state in line happens to be, but wondering, "Where did my joy go? What happened to my happiness?" I think it's gone, because the “I” that was connected to it, created out of it, has disappeared too. So now I’m looking for it again, and the whole vicious cycle starts over.

If you'd like to take the next step in doing the inner work required to help set you free from yourself, here are some suggested ways to begin detaching from these visiting states:

The next time that you're somewhere by yourself and suddenly in comes this complaining visitor -- the whining, negative state that wants to complain about the way your life is -- remember this secret prayer-in-action: Not expressing the state is the same as revealing the self that is not it. Go silent to that self that wants to hold onto or glorify misery. This act of self-sacrifice is the same as asking God to lift you above yourself -- into His life -- which He will do.

Here's another way to self-separate. Do you ever speak badly about other people behind their backs? Why would we ever want to badmouth another person? Because they must have done something that upset our sense of permanence. Again, a moment's reflection here is worth a lifetime of being self-determining. Dare to look at yourself when you denigrate other people, and you'll see that you feel this need to lash out because it seems to you as though they've made your ground shake. The truth is, they didn't make your ground shake. You're just being attacked -- visited by a vicious shaky state. When it rolls through and gets you to say "I" to it, your life belongs to it. Not expressing the state, not gossiping, is a form of requesting for yourself something that doesn't need to talk about other people in order to either restore or give you a permanent sense of yourself.

Do you ever get afraid? If you'll refuse to go along with the fear that you feel --consciously refusing to do its bidding when it directs you how to protect yourself from the enemy it has projected onto the screen of your mind -- you will become conscious of the fear as the psychic intruder, the intimate enemy that it really is. This new and higher self-awareness is the seed of a rebellion within yourself that God wants you to stage. He will give you what you need at that point to set you free from the fear (or whatever the inner tyrant may be) that is over-shadowing you.

Can you begin to see that these new inner-actions are indeed new prayers? As you are able to see them for the invitation they are for God to take your side, then you'll also start to see how you can extend this conscious invitation all the time, everywhere you go! One more example will show you how this is true.

Don't you want the last word in any disagreement, regardless of its seeming importance, even if you don't speak it out loud but only utter it in the smoldering depths of your own mind? Because if you don't have that last word, surely you're going to die! Consciously giving up the last word is a secret prayer because the you that wants the last word isn't you at all; it's that dark spirit of one-upmanship and combativeness. When you say "I" to it, it's the same as giving your whole life to it. But when you don't express it for the first time, you'll become conscious of its presence in you, and you'll realize its presence there is a punishment and not some power that it passes itself off as being while you're identified with it.

So, look at all the new ways in which you're learning to pray. And incidentally, no one will know what you're doing. You won't even know what you're doing for a long time! That's the truth, and that's all right. You'll hear inside of you other visitors telling you, "If you don't express this, you're going to explode!" Don't listen to it. Listen instead to Truth's instructions in any of these inner-situations. Truth says to go ahead and dare that visitor to do everything it can do to you, including taking your life if that's what it wants! Stand upon the ground of Truth. Watch yourself. Don't push anything away -- or down -- and don't give yourself up to what wants your life. Remain with God, with what is eternal. Remain within what is not the state. Oh, what a work! What a divine way to spend your day!

Start this very moment to become conscious of all inner states. Your consciousness of them is the request for that life which is not dominated by them -- which is the same as requesting that God let you live within Him. This request He always answers.

With more than two millions copies of all of his books in print, Guy Finley's message of self-liberation has touched people around the world. Discover how to extinguish self-defeating thoughts and habits that undermine true happiness.