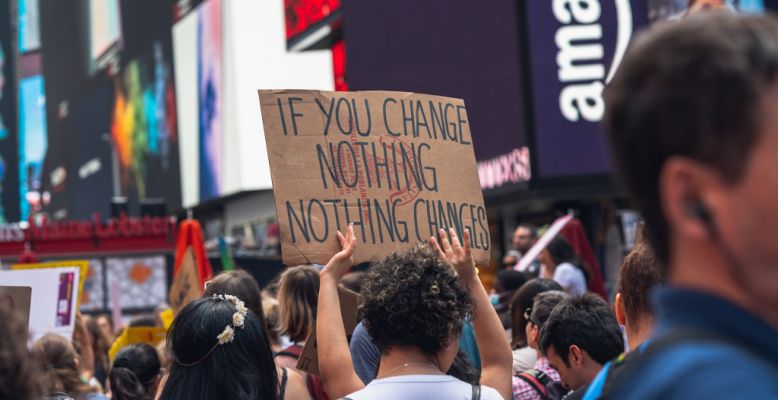 I’m in Colombia on my annual trip to the Kogi and will be in Guatemala in January with a group to visit the Mayan shamans and their sacred sites. I’m struck by the magnitude of popular demonstrations in Latin America. I’m also impressed by the millions of people around the planet who are taking their grievances into the streets.

Half of the Latin American countries have experienced large-scale demonstrations – mostly peaceful – during the last few months. Protest movements also are sweeping nations as diverse as France and Iraq, Sweden and Lebanon, Iran and Hong Kong.

Although specifics differ from country to country, the demonstrations share many things in common. They are led primarily by young people who are fed up with injustice and the feeling that the leaders from older generations don’t care about them and have far too much power. These young people want more control over the policies and institutions that impact their lives; they demand more democracy. In general, they feel they have little to lose by taking to the streets and railing against corrupt governments, income inequality, poverty, environmental destruction, police brutality and the lack of a voice in many other social and economic issues. They ask, “how do our leaders become so wealthy while the rest of us struggle and suffer?”

Many of the demonstrations have resulted in significant changes.  A few examples:

Global resentment against the establishment – wealthy and powerful elites – is an underlying theme of these demonstrations. People everywhere are fed up with the greedy materialism of the rich and of their often-brutal efforts to maintain it. Around the world, people watch films about feudal kings and emperors who banqueted in their castles while their subjects starved in the ghettoes outside – and they wonder how those kings could have justified such opulence and survived in the midst of so much misery. Then they watch another film about modern times or they drive past the grandiose mansions, mega-yachts, and luxury jets of the current billionaires and ask themselves similar questions about our times.

It’s ironic that many US citizens voted for President Trump because they saw him as antiestablishment and yet his policies have lowered taxes on the wealthy and abolished many environmental and social regulations on Big Business. In recent years, both Democrats and Republicans have seemed determined to keep the older politicians and established elites in power, although there are some significant exceptions among the Democrats.

Here in Latin America, I recall the late 1960s when I was a Peace Corps volunteer in Ecuador. Millions of young people were taking to US streets to protest the Vietnam War. Their success at ending the war – and Nixon’s presidency – gave hope that the Age of Aquarius was ushering in a new era of people power. Unfortunately, the enthusiasm and the power fizzled as the youth graduated from college and accepted jobs on Wall Street and in the offices of Big Business.

Today there are demonstrations in the United States over pipelines, Black Friday materialism and other specific issues. However, one has to wonder why millions of citizens in this growingly divided country – one founded on the principles of democracy – do not rise up and demand the types of reforms so much of the rest of the world is demanding. It is time for these United States to become united against our own injustices, corrupt officials, corporate-financed political campaigns, income inequality, poverty, racial and gender discrimination, environmental destruction, draconian immigration policies, police brutality and so many other social and economic ills.

It is time to take the streets!