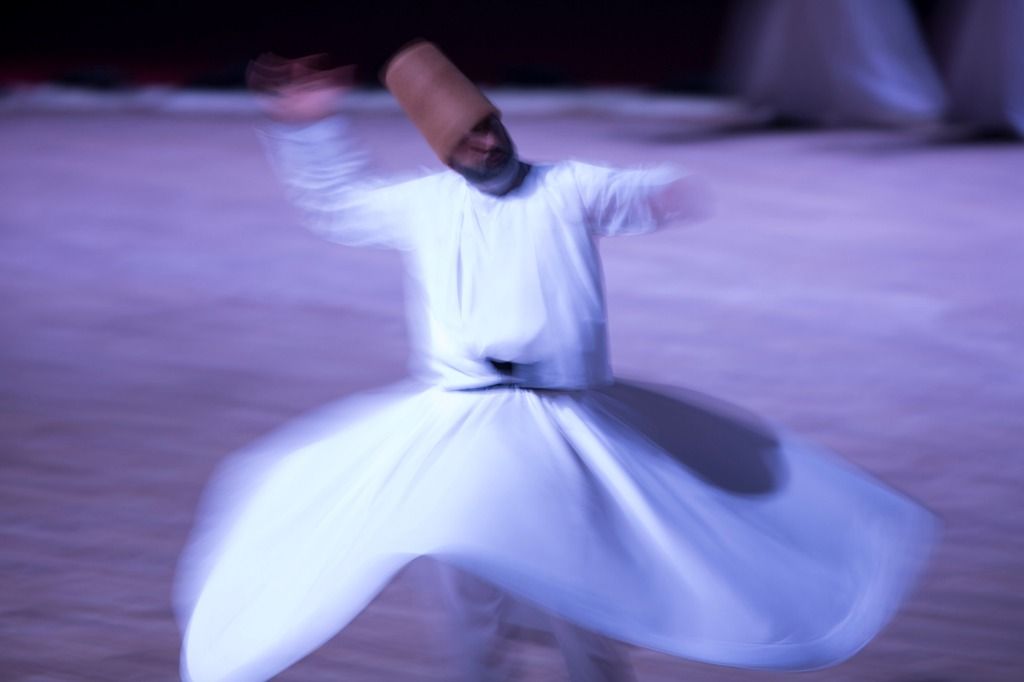 The popularity of the mystic Sufi poet Rumi is based on his love affair with God, expressed in such ecstatic terms that he makes the spiritual journey seem deeply romantic. But Rumi also reported about how his state of consciousness felt, which gives valuable clues about higher consciousness itself.

Here is a beautiful line of his that has profound implications for consciousness as well: “Exchange your cleverness for bewilderment.” What kind of bewilderment does he mean? To most people, bewilderment is the opposite of an appealing state, since it implies indecision, confusion, perhaps loss of control entirely. Rumi was known for applauding such a state, however, if the result was bliss and ecstasy.

To modern ears the message is more pointed. “Cleverness” is Rumi’s synonym for the rational mind, which seeks explanations that are logical and consistent. The aim of the intellect is to bring everything down to earth, so to speak, eliminating the folderol and fantasy associated with spirituality and mysticism in particular. Rumi encountered this not in terms of modern rationality with its basis in science but from clerics who studied and became expert authorities on “correct” Islam.

Another way to put Rumi’s idea comes from the inspired Bengali poet Rabindranath Tagore, who said, “You can’t cross the sea merely by standing and staring at the water.” This translates into the declaration that making maps, models, brain scans, and anatomical pathways to explain consciousness isn’t the same as experiencing it.

This is an undeniable fact. Take the most basic conduit of experience, the five senses. Remove any one of them, and it is impossible to bring it back by describing it. “Color” is meaningless to someone who is blind, just as “scent” is unfathomable to someone without a sense of smell. But logical models supported by facts, data, and experiments overlook the obvious truth just stated. There is a fallacious claim that the brain, once its operations are fully mapped and analyzed, will disclose the source of the mind.

Instead of criticizing this viewpoint, Rumi offers an alternative, which he calls bewilderment, but which could equally be called wonder. We should all be struck with wonder and thrown into bewilderment by everyday life, as Rumi was. Not just Rumi, though. There’s a famous saying of Einstein’s: “There are only two ways to live your life. One is as though nothing is a miracle. The other is as though everything is a miracle.”

The advantage of having a great scientist backup a great poet is that we cannot wriggle out of Rumi’s challenge to rationality by saying that he’s only speaking like a poet. He’s speaking like someone who knows full well the limits of reason when it comes to beauty, love, devotion, creativity, and wonder. Being closer to our time, Einstein’s affirmation tells us that reason isn’t abandoned; it is put in its rightful place.

Reason’s rightful place has been exaggerated in modern life, allowing science and technology to usurp essentially everything. In a world where being human is cherished fully, the things just listed—love, creativity wonder, and the rest—would be valued for their own sake, which brings us closer to the infinite potential of consciousness than any mind-made model, past, present, or future.