The Blissful Life And You 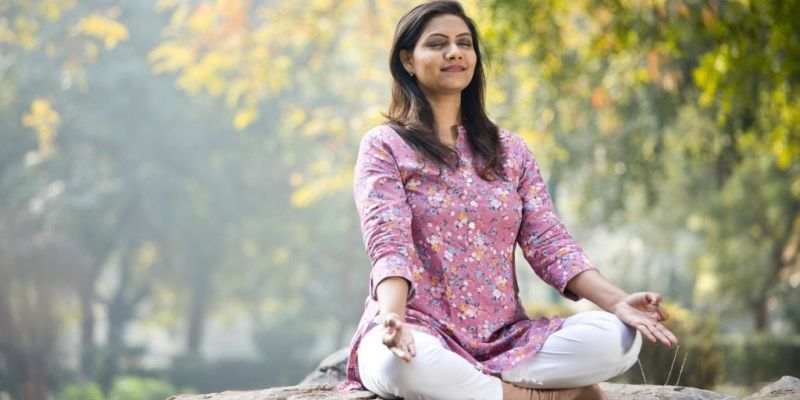 When the great American mythologist Joseph Campbell first used the phrase, “Follow your bliss,” he inspired many people. He held out a vision that was radically different from the notion that hard work, persistence, and keeping your shoulder to the wheel was the key to success. But actually, achieving this new vision didn’t prove to be easy.

Campbell’s underlying intention had mythical and spiritual roots. This is clear when you read a bit more about his advice. “If you do follow your bliss, you put yourself on a kind of track that has been there all the while, waiting for you.” This is where people get confused and frustrated, however. They have something they love to do, but the invisible track doesn’t show up. Or what they love to do might have absolutely no financial aspect. What then?

I wanted to clarify what the blissful life actually is, which motivated me to write my latest book, Total Meditation The key, I believe, to finding your bliss is knowing where to look. There is a source of bliss in everyone that can guide the choices you make. The track to follow isn’t mystical. When the mind settles down in meditation, there is contact with the deeper qualities of consciousness. Bliss is one quality, but simply feeling joyful, carefree, and light, which is the feeling of bliss, carries no greater meaning without other qualities of awareness that are contacted at the same time.

The qualities include creativity, intelligence, intuition, and inner growth. When they become real experiences, the track to a blissful life is open and can be followed. Here arises a second puzzle. How do you know you are on the right track? Do you drop your job as an accountant, office manager, or salesperson and jump immediately into opera singing, painting, or raising roses? That’s not what Campbell is actually saying. “Follow your bliss” points inward, to a pre-existing state of bliss that has the power to bring transformation.

As Campbell defines the goal, “…the life you ought to be living is the one you are living.” Because the goal isn’t very near in most people’s life, there have to be steps along the path. In Total Meditation I outline these steps quite simply. Your mind has creative intelligence and bliss as its source. Therefore, your mind will move closer to its source if you give it a chance. Not much progress can be made if you meditate only occasionally. The path is more like following a trail of breadcrumbs out of the forest; you reconnect with the path by small increments, and there need to be many of them to keep you on course.

This again is simple, because any time you notice that you are distracted, worried, stressed, or starting to feel overwhelmed, you can stop, find a quiet place, and spend a few minutes of quiet meditation until you feel centered again. Do this as often during the day as you need to. You will be allowing your mind to find the settled state it wants to be in naturally.

Will this simple practice, which I call total meditation, instantly give you a blissful life? Very likely it won’t, but you will be on the path that makes a blissful life not just possible but very probable. That’s because what Campbell had in mind goes back thousands of years. He had gleaned from his deep knowledge of world mythology a belief that consciousness creates change in a way inexplicable to reason alone.

He makes this point quite clearly: “Follow your bliss, don’t be afraid, and doors will open where you didn’t know they were going to be.” In other words, step into the unknown and make an ally of uncertainty. Here the inspiration of “follow your bliss” runs into a psychological block. Countless people have had glimpses of what a spiritual life can be. Who hasn’t experienced love, compassion, inspiration, beauty, and joy some time in their life?

But these scattered glimpses are far from organized and integrated into normal life. That’s why we always return to what is familiar, routine, tried and true. We fear uncertainty; we have no desire to step into the unknown. I address this fear in the book not by ramping up a person’s motivation but by making it clear that consciousness moves fear away by itself. You don’t have to commit acts of bravery (of reckless folly). In effect, your vision of a blissful life unfolds on its own, because everything that is organized and integrated in your life already depends upon consciousness.

You can only change what you are aware of. The unseen doors that will open aren’t a figment of Campbell’s imagination, nor is the biblical injunction of “knock and the door will be opened.” In both cases the lesson is that when you become fully aware, the organizing power to bring solutions, answers, and opportunities is actually built into your awareness. Instead of using a mind that works at the level of the problem, your mind works at the level of the solution.

If these things are true, then the spiritual life is also the most productive, successful, and blissful life. That’s a vison worth experimenting with. In the book I detail how this vision applies to each reader and what it takes to produce change in the direction of bliss consciousness. But I wanted to give a nod to Campbell here, because I was one of those who were inspired so many years ago by his famous phrase. Following your bliss is a notion that opened many doors for me, and I believe it remains valid for countless people today.