The Brain Needs Reinventing—Here’s How 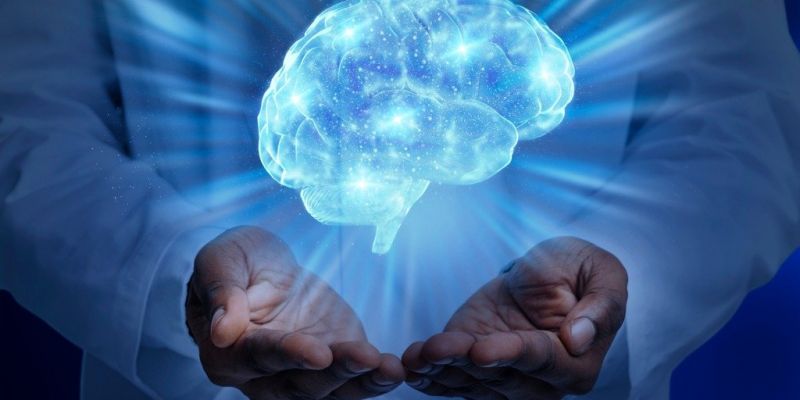 We’re living in a golden age for brain research, which could revolutionize how we think, feel, and behave.  Thanks to advanced brain scans like the fMRI, brain activity can be localized and even the most precise activity pinpointed. For example, researchers can spot the minuscule area in the visual cortex that, when damaged, prevents a person from recognizing faces, including his own.

Now the goal of neuroscience is to map the brain’s 100 billion cells and perhaps a quadrillion connections down to the tiniest detail. But what will we use the map for? One obvious area is medicine. The more we know about what goes wrong in Parkinson’s disease and Alzheimer’s, the closer we get to a cure.  But the highest good would be to reinvent the brain.

“Reinvent” isn’t an exaggeration. Ten thousand years ago Homo sapiens had evolved the same genetic array that modern people inherit, which includes the same brain structure. But in the intervening millennia since then, there arose reading, writing, advanced art and music, mathematics, and science.  Each advance required a new relationship between mind and body.

Human beings reinvent the brain as we go along, day by day. You are doing it right now. In short, the brain is a verb, not a noun. It is reshaped by thoughts, memories, desire, and experience.

If genes and a fixed structure of brain cells told the whole story, it would remain a total mystery why a cave dweller after the last Ice Age should have just the right complement of neurons to discover gravity or write a symphony. Now we realize that the human brain is far from fixed, at any level. New brain cells are being formed throughout life; trillions of connections between neurons are developed; and the genetic activity inside each neuron is dynamic, responding to every experience and every stimulus from the outside world.

The brain reflects human existence, which is open-ended. What makes us human is consciousness, which we silently shape simply by perceiving, thinking, wishing, and exploring. We had to have a brain that is just as open-ended. Because it is dynamic, fluid, and ever renewing, the brain is much more malleable than anyone ever imagined.

Consider a controversial British medical journal article from 1980 entitled, “Is the brain really necessary?” It was based on the work of British neurologist John Lorber, who had been working with victims of a brain disorder known as hydrocephalus (“water on the brain”), in which excessive fluid builds up. The pressure that results squeezes the life out of brain cells. Hydrocephalus leads to retardation as well as other severe damage and even death.

Lorber had previously written about two infants born with no cerebral cortex. Yet despite this rare and fatal defect, they seemed to be developing normally, with no external signs of damage. One child survived for three months, the other for a year.  If this were not remarkable enough, a colleague at Sheffield University sent Lorber a young man who had an enlarged head. He had graduated from college with a first-class honors degree in mathematics and had an I.Q. of 126.  There were no symptoms of hydrocephalus; the young man was leading a normal life. Yet a CAT scan revealed, in Lorber’s words, that he had “virtually no brain.” The skull was lined with a thin layer of brain cells about a millimeter thick (less than 1/10 of an inch), while the rest of the space in the skull was filled with cerebral fluid.

This is an appalling disorder to contemplate, but Lorber pushed on, recording over 600 cases. He divided his subjects into four categories depending on how much fluid was in the brain. The most severe category, which accounted for only 10% of the sample, consisted of people whose brain cavity was 95% filled with fluid. Of these, half were severely retarded; the other half, however, had I.Q.s over 100.

These findings were not seriously challenged as being false or distorted. The controversy arose over how to explain them.  Even now, when the old view of a fixed brain has been replaced, such radical adaptability is mystifying. But it seems undeniable that reinventing the brain is viable. Stroke victims are rehabilitated on that basis, training undamaged areas of the brain to take up functions lost from the stroke.

Once medical science accepts that the brain can be reinvented, there is no limit. Together with Dr. Rudolph E. Tanzi, professor of neurology at Harvard Medical School and a leading researcher on Alzheimer’s, my efforts have been directed at how each person can relate to the brain in a new way.  As we argue in our book, Super Brain, the most direct way to improve brain function is through the mind. The mind-body connection is powerful because our habits lead to brain changes. What you pay attention to, what your passion is, your approach to diet, exercise, stress, and even basic emotions like anger and fear – all of these things register in your brain and drastically shape its structure.

In the simplest terms, every experience is either positive or negative when seen as input for the brain.  A brain that is processing positive input will grow and evolve much differently from a brain that processes negative input. This has always seemed intuitively right – we all know that children who are well loved, for example, almost always turn out better than children who are abused.  Now we have validation from neuroscience. the most important conclusion is that no one needs to submit to old conditioning. The past can be changed by changing the brain, just as the future can be shaped by how your brain is trained today. Reinventing the brain is much closer than you think.

Rudolph E. Tanzi, Ph.D. is the Vice-Chair of Neurology, Director of the Genetics and Aging Research Unit, Co-Director of the Henry and Allison McCance Center for Brain Health, and Co-Director of the MassGeneral Institute for Neurodegenerative Disease at Massachusetts General Hospital. He also serves as the Joseph P. and Rose F. Kennedy Professor of Neurology at Harvard Medical School. Dr. Tanzi discovered several Alzheimer’s disease genes, including all three early-onset familial Alzheimer’s genes, and serves as director of the Alzheimer’s Genome Project. He is also developing therapies for treating and preventing AD using human mini-brain organoid models of the disease, pioneered in his laboratory. Dr. Tanzi has published 600 papers, received numerous awards and was on the 2015 TIME100 Most Influential People in the World list. Dr. Tanzi is a New York Times bestselling author, who has co-authored “Decoding Darkness” and three bestsellers with Deepak Chopra: “Super Brain”, “Super Genes”, and “The Healing Self”.

More posts from author
Monday, 20 September 2021 An Enlightening Minute
Monday, 13 September 2021 Three Questions To Ask Yourself When Things Go Wrong
Monday, 06 September 2021 Is Metabolism The Key To Disease And Aging?