The Clash Between Truth And Reality 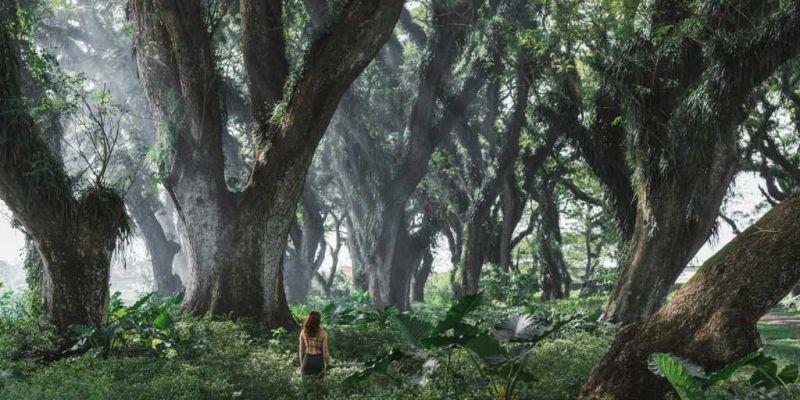 The Clash Between Truth And Reality

Every person wakes up in the morning to join the struggle between truth and reality. Yet almost no one realizes that this is what they are doing. Life contains struggles—no one disagrees with that sad fact—but what are we struggling against? The answers seem obvious. We struggle to stay healthy, make a living, maintain our relationships, and in general to keep our heads above water.

Where does truth enter into this? Imagine someone sitting in a chair wearing state-of-the-art virtual reality gear. In the simulation bombarding his senses, he is racing in the Indy 500, running away from tigers in the jungle, or walking a tightrope. These are perilous adventures that he is immersed in, where survival itself is at stake. His body will exhibit all the signs of a stress response. But his experience is entirely fake, a construct by clever VR engineers. The truth is that he is sitting still in a chair, perfectly safe and sheltered from struggle.

This imaginary setup is actually what occurs to all of us in daily life. We inhabit a virtual reality that is so powerful it blinds us to the truth. What we accept as real is mind-made, but when you are inside this spell/illusion/dream, your struggles totally envelop you. Even the words we speak encase us in limitation: the instant you say the word “tree,” you have shoved into a box an immensely complex living organism with thousands of cellular processes occurring every second. The minute you think of the tags that we apply to ourselves and other people—age, race, gender, religion, political persuasion, nationality, income level, occupation, etc.—you shove that person into a box.

When life is relatively comfortable, we can afford to overlook the false position that mental constructs have placed us in—all the prejudices, painful memories, fixed beliefs, personal disasters, failures, and wishful thinking that the mind is prey to. After thousands of years of philosophy, religion, and science, each field seeking to discover the truth, virtual reality remains in charge. Its shell has barely been cracked, which is why we don’t perceive the struggle between truth and reality. Mind-made reality (the spell/illusion/dream) keeps the world going. Only on a side tangent will someone say something extraordinary like “Know the truth, and the truth will set you free.” But this can be ignored as a religious thought, and when the Persian mystical poet declares, “God speaks in silence, everything else is a mistranslation,” that can be dismissed as poetry or once again religion.

Yet somehow, on the remote frontier where virtual reality and “real” reality meet, the truth is trying to contact us, and doing so all the time. The human mind has incredibly powerful tools at its disposal to keep virtual reality in place; we call these tools thinking, feeling, remembering, desiring, wishing, fearing, and dreaming. Against this armada, the truth (“real” reality) has only one tool: waking up. Waking up is the process of becoming more conscious. You cannot change what you aren’t aware of. In this case, becoming more aware is the truth.

In every other aspect of life, there is something to discover and learn about; we spend every waking hour since birth using the mind’s tools to learn the skills it takes to survive, be accepted, take care of ourselves and our families, and so on. Desire constantly pushes us forward. But here are some bald facts about “real” reality:

Behind the spell/illusion/dream of everyday reality, “real” reality simply exists, making everything else possible. You can’t put awareness in a box (although you can scientifically measure how it operates); you can’t stand outside it; you can’t do without it.

Before waking up happens, there is already a ratio between the things we do consciously and the things we do unconsciously. This is the primary evidence telling us that we are conscious beings. Blind prejudice, social conditioning, denial, ignorance, bad faith, habits, and the drama of pleasure and pain occupy the domain of unconscious life. Love, compassion, curiosity, creativity, insight, empathy, and inner growth occupy the domain of conscious life. It’s obvious which domain contains the values we hold most precious.

So we are not that far from waking up. Consciousness prevails in many areas of life, even though war, violence, crime, natural disasters, and other forms of bad news grab the headlines. If you want proof that consciousness is the basis of your own life, sit down and make a list. Write down everything that has been fulfilling in your life, and when you examine the list, you will discover that the values of consciousness lie behind every meaningful, fulfilling experience.

You don’t even have to accept the argument about virtual reality and the spell/illusion/dream. Once you see what you truly value, you will automatically want to be more conscious. The motivation to wake up is built into consciousness itself. Even the concept of truth struggling against reality is just an eye-catching phrase. Truth doesn’t struggle against anything. It exists, and it knows. All we need to do is to realize this truth.

When Plato wrote that we are like creatures living in a cave watching a shadow play on the cave’s walls, he came up with the simplest and most powerful metaphor for waking up. The shadow play is mesmerizing, but then you realize that shadows need light to project them. So you turn around to face the light, and when you do, you say, “Aha, so that’s how the shadow play works.” From that moment of awakening, the shadows can never again hold you in their grip.

5 Things Keeping You from Wealth and Success

What If You Knew When You Were Going To Die?

The Power of Your Words