The Healing Power of the Feminine 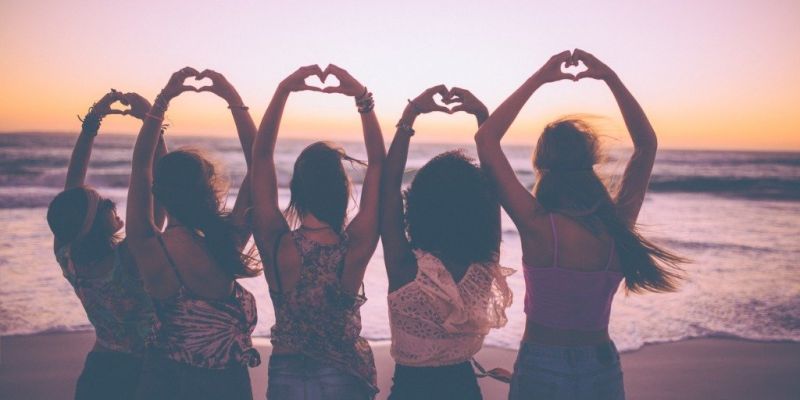 I have an emotional response to the following words that I don’t think is unique: loving, peaceful, forgiving, warm, tolerant, harmonious, heartfelt. To me, these words all have feminine overtones.  The same is true of the “A words” that are in circulation: appreciation, affection, acceptance, and allowing. If you are distressed by the deep divisions in society, these words seem to describe what has been lost.  They also outline a path to healing.

Does the feminine have a chance right now? Within every person resides two polarities, the masculine and the feminine. When both are free to express themselves, the foundation is laid for living in harmony, balance, and fulfilment. This need for wholeness is known to modern psychology as well as ancient spiritual wisdom. When we experience one polarity overshadowing the other, disharmony, imbalance, and inequality prevails.

The rise of feminine energies is not only necessary; it needs to accelerate if we are to regain any kind of healthy balance, socially and in ourselves. The era of total masculine dominance, which goes back to prehistoric times, has reached a state of exhaustion, which I think is felt quite widely. Brute force, physical strength, and aggression are masculine energies that once had survival value. But the future can’t emerge and the planet cannot be saved, by allowing those forces to dominate.

A healed planet inhabited by healed human beings demands the emergences of the feminine energies that have been ignored and suppressed far too long. I’m not issuing a manifesto. Manifestos are a symptom of intolerance and rigidity. The place where healing occurs is in one’s own awareness. If you wake up to your attitudes and behavior, it’s not esoteric or arcane to discern the imbalance that favors the masculine.

Look at the feminine energies represented in the words I began with, and this time see if they apply to you: loving, peaceful, forgiving, warm, tolerant, harmonious, heartfelt. If you find that they don’t apply to you, why not? This isn’t simply a case of men behaving badly, although the men in leadership positions around the world certainly have. The issue is really one of healing both men and women.

If you consider these words again, they are appealing to everyone, not just women. But in a world tilted too far toward masculine energies, men abandon peace in favor of war, harmony in favor of partisanship, and so on. Where does the desirable side of the equation go? It gets assigned to women. One astute Black leader commented on the current election by saying (I don’t have her exact words), “Black women are always called off the bench to save the Democrats, and we do it over and over again.”

When elections must be pulled out of the fire, it is women we rely on. One has to be grateful, but the underlying message is that men, on their own, would keep fighting, competing, clashing, and generally acting badly.  It’s wishful thinking to believe that women, on their own, represent salvation. Power is still overwhelmingly in the hands of men. The misuse of that power, extends to a President who takes pride in abusing both his power and the women in his life.

One of the most warped symptoms of imbalance is this pride in putting down and abusing the powerless. Such a betrayal is endemic in every society on earth. A picture of male abuse is hard to escape, and impossible to accept as normal.

I am not naïve enough to believe that a list of words can do much unless they are taken to heart. The paradox of human history is that war, violence, crime, civil strife, and domestic abuse—all generated by men overwhelmingly—are deplored as the root of suffering, and yet, having stared the cause of suffering in the face, we continue to embrace them.  I keep faith that women do not believe in this embrace or join it. At the same time, feminine values have a history of being shrouded and ignored.

Big ideas float around about how to solve some global problems that seem insoluble, including overpopulation, climate change, epidemic disease, and refugeeism. I have only a modest proposal. Become a unit of healing in your own life. Put into practice the feminine qualities that are the only avenue toward inner wholeness and balance. The greatest contribution you can personally make to the world is your state of awareness. Society doesn’t teach us that, but if it had, we wouldn’t find ourselves in such a sorry state in the first place.

Having the Courage to Be Who You Really Are