The Matrix Is Real, and It Is Here 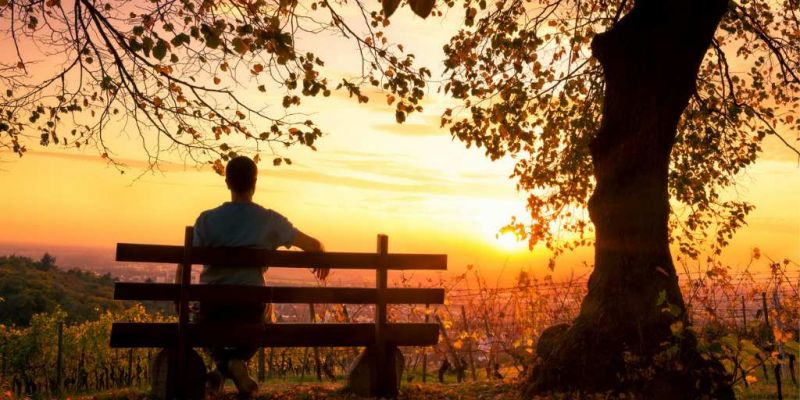 When the Matrix movies first gained immense popularity in 1999, the notion of an imaginary world in which everyone was enslaved seemed just that, imaginary. Pop culture didn’t look deep enough to reveal that ancient tradition of Maya, the Sanskrit term for an all-enveloping illusion that, for real, envelops all of us. When Maya was discussed, it belonged to an exotic worldview that no modern person in the West gave much credence to.

But that’s how illusion keeps us entranced, by making it seem, as in the brilliant movies, that the matrix constitutes real life. Clearly a better explanation is needed in order to convince the average person, not so much that we all live in a dream/spell/illusion, but that it can be escaped.  I discuss what it means to escape the illusion in my new book, Total Meditation. Here I’d like to give a capsule preview of why the real-life matrix matters to everyone.

The most necessary role of the human brain is to present a picture of reality that fits our needs, or to be more accurate, the needs of our ancestors in the hominid lineage. The primary need was for survival, which Darwinians break down into two elements, food and mating. But clearly there were other needs that separated hominids out from other mammals, including shelter and a peaceful community at the physical level. Far more crucial, however, was the emergence of human needs that are primarily a matter of higher consciousness. These include free will, language, art, writing, love, compassion, altruism, creativity, and above all, self-awareness.

These qualities make us human, and in the process of evolving, they became completely entangled in a unified setup we can call the matrix or Maya—terminology isn’t important here. The important thing, which the movie got right, is that you and I are the matrix. We are not in it, nor is there any separation between the things we perceive “out there”—rocks, trees, buildings, sky, other people—and the things we perceive “in here”—thoughts, sensations, images, and feelings. So seamless is the matrix that countless people go through life accepting it on appearance alone.

This, in fact, is the basis of scientific inquiry, which gives primary importance to physical objects as the basis of reality. With all respect to the incredible advances of science and technology, such a worldview is only a convenient fiction, the very fiction that the dream/spell/illusion has thrown us into all the way back to our survival instincts. What motivation do we have, then, for trying to escape? The answer lies outside the matrix, because once you are the matrix, you can’t escape unless you find a way to escape yourself.

The key word here is “self.” When the doctrine of Maya arose in India’s ancient past, it was unlike any other concept, thought, teaching, or everyday fact. Nor was it a religious notion or someone’s stroke of genius. Instead, there was a natural relationship to Maya that we have lost. It was the relationship of a creator to his/her creation. Realizing that the human mind had constructed the matrix, the ancient rishis kept in mind that being fooled by your own creation isn’t desirable. But everyday life was beset by amnesia. No one looked at himself and said, “this whole world is something my mind created.

Maya had been around as long as anyone could remember, and for evolutionary purposes it worked very well, as witness the immense creations of civilization. But there was a fly in the ointment. The continuity that makes the matrix so convincing had holes in it. I’ll name three:

Once you verbalize them, these flaws or holes in the whole setup smack of philosophy. But in reality they did not emerge from abstract thinking. There was just this sense that couldn’t be explained. This sense was common enough that when ordinary people asked—and still ask —“Is this all there is?”, they said no.

Only when you go into the vague sense that there must be something more to life do you arrive at the secret of human existence—hidden evolution. Hidden from the sight of the physical world, the human mind kept evolving thanks to several factors that are easy to recognize once you look at yourself closely. These factors are all part of our consciousness, built into it without anyone creating them. They include

No one would be surprised by the first three things on the list, but the last two require some explanation. All cultures contain myths, religion, and metaphysics. The word “god” needn’t be dragged in, because the common denominator isn’t religion but the source of religion. Built into human awareness is a pull or attraction toward the very source of our own awareness. This isn’t a mystical notion. The universal evidence of seeking a higher reality has existed from the beginning. Some cultures took this impulse and looked outward for gods and goddesses, but India looked inward and explored consciousness itself, using as the only tool simple, everyday self-awareness.

The same opportunity still exists, as I discuss at length in Total Meditation.  The other factor, wholeness of the self, needs explanation because as modern people, we are conditioned to occupy a divided and fragmented self. We identify with a reality divided into “in here” and “out there,” which makes sense when you have to hunt to survive—a keen sense of what lies “out there” mustn’t be clouded by inner moods, fears, and distractions. The problem is that once people got deeply immersed in “out there,” the divided self forgot that it was an evolutionary convenience, not the actual nature of the self.

Sit quietly for a moment and sense who you are. Effortlessly and naturally you are simply here, and your sense of self is your knowledge that you exist. To be conscious and to exist go together. They are the creative foundation of the matrix, not the movie’s unholy, malignant machinery that babies get plugged into. The simple sense of self needs nothing to justify its existence. Not even evolution is on the table; there is no agenda beyond to be here now.

And yet the sense of self, tapping into the source of consciousness, gave us every human value, every civilization, every scrap of art, science, and technology. Crucially, it now offers an escape route from the divided self and all the pain and suffering created by being trapped in the matrix. The message of Total Meditation is simple: you are the source and substance of the matrix, but you don’t have to be identified with it. That in many ways is the ultimate promise, the only one that counts in everybody’s life.

Let Go of the Branch and Swim

Finding a Way to Live in Our Truth