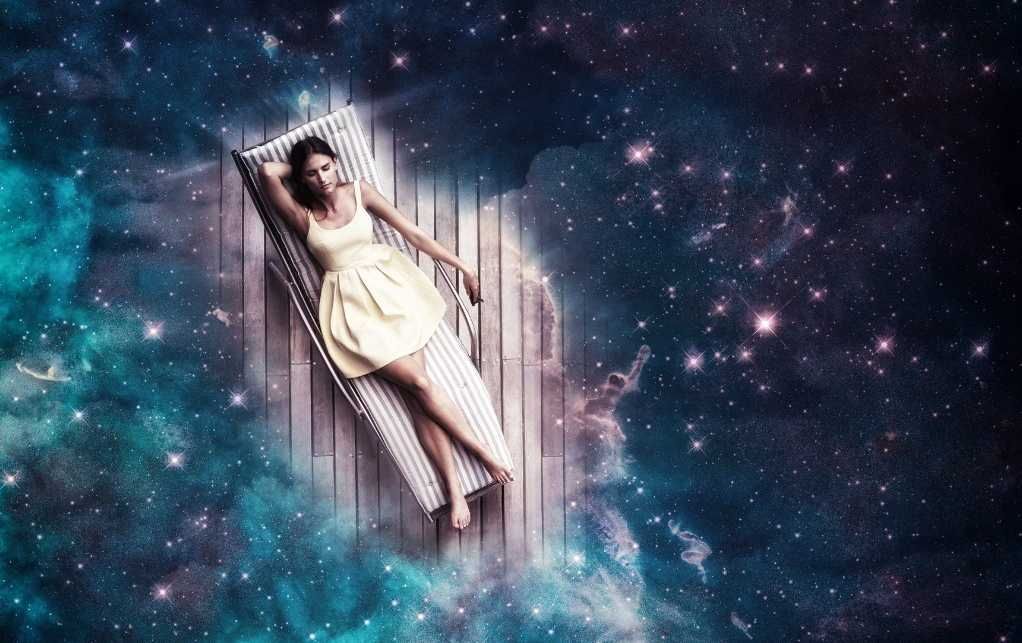 Solving the mystery of reality is left to experts, which is nothing new. The explanations of the cosmos is assigned to physicists today as it was assigned to theologians in an age of faith. In some ways modern people are even less interested in the topic. Your soul isn’t likely to be in jeopardy if you don’t accept the Big Bang.

In a new book titled Metahuman: Unleashing Your Infinite Potential, I hope to change this indifferent attitude by showing that the mystery of reality is actually personal. You are the same mystery as the cosmos. My argument isn’t religious or scientific, however. It is based on consciousness, and it begins with a common experience: eating a meal.

See yourself sitting down to breakfast with a plate of eggs and toast in front of you (you can actually do this exercise with your next breakfast). See if you can look at the food simply as shapes and colors; this isn’t hard to do. As you take your first bite, let the taste and smell register without interpreting them as food. This is a bit harder, but imagine that you come from a society that has no eggs or toast, and someone has told you to put these foreign substances in your mouth. At the same time, focus on the sound of chewing and the texture of these substances on your tongue.

This simple example has far-reaching consequences. Look out the window as the outside world. If it is daytime imagine seeing the stars at night. Nothing you see has any reality without you being meshed into the experience of it. A skeptic with strong convictions about physical reality will scoff at this claim. “Of course,” he will argue, the food, clouds, stars, and galaxies pre-exist our experience of them. No human was around for the Big Bang.

Strangely enough, some physicists would disagree. Without going into the details offered in my book, I will cut to the chase and say that physics has found it impossible to account for reality, either on the vast scale of outer space or the minuscule scale of atoms and subatomic particles, without an observer. This has given rise, however grudgingly, to the concession that consciousness is probably innate in creation. Without consciousness there can be nothing real. Or if something is real without consciousness, the human mind cannot conceive of it.

Who or what is the cosmic observer needed to make everything real? It doesn’t necessarily have to be a human observer. One possibility is God or the gods, stepping in as the creator and therefore the consciousness that shapes creation. In a secular world the more plausible observer is no one but just consciousness itself. This explanation has a major advantage you might not suspect immediately—it levels the playing field between mind and matter.

The point here is to realize something simple but quite basic. When you were an infant, you had no mental constructs called “food, eggs, toast, sight, taste, texture, and smell.” You experienced eggs and toast directly. The experience preceded the mental constructs. Quickly you learned these concepts, and of course they are very useful. Very young infants in a highchair will splash around their food, throw it on the floor, and treat it generally as a plaything. None of this is acceptable, or even makes sense in the everyday world (except for food fights at school, where food becomes weaponized, itself a mental construct).

Without the mental constructs surrounding breakfast, what is actually present are you and the reality of your experience. There is nothing more fundamental, and the two are inseparable. You cannot have knowledge of breakfast without experiencing it; therefore, breakfast depends on your direct experience.

Modern science has caught up with centuries of philosophers attempting to solve the mystery of where the mind comes form. Science cannot locate the point in the chain of physical things, starting with subatomic particles, atoms, and molecules, where matter started to think and become conscious. Therefore, it is impossible to say how the ordinary atoms in our brains manage to produce thoughts. It isn’t as if adding more and more oxygen, carbon, and nitrogen suddenly causes them to think. As one wit put it, this would be like adding more cards to the deck and finding that they suddenly know how to play poker.

All mysteries of the most basic kind lead back to consciousness. Where does life come from? How did DNA learn to divide? Is Homo sapiens unique in the cosmos? What lies outside spacetime? Naturally there is concerted resistance to the answer that consciousness is the creator, but more than that, consciousness becomes matter, energy, space, and time. In Metahuman I detail why consciousness is the best answer to every mystery.

As for the mystery of you, all of us identify with mental concepts. We have learned to manipulate them, and in the process we have become the victim of our own labels, beliefs, memories, conditioning, prejudices, and judgments. These are particularly harmful when directed at the question “Who am I?” It is freeing to discover that you are none of these things. You are pure consciousness in action. As you eat your breakfast, no matter what is on your plate, you the experiencer remain as consciousness, while sights, sounds, textures, tastes, and smells move through you.

This sense of self, sometimes called “I am,” stands at the junction point between you and reality. At this junction point there are infinite possibilities. This should be the starting point of human existence. Instead, we learn something different for early childhood, that possibilities are limited, the universe is random, and humans are mere specks in a black void. Only by reversing this misconception can we resume our role as creators of our own reality. It takes a whole book to unfold how liberating it is to change your worldview this radically, but I hope this taste will motivate you to consider how profound the mystery of you actually is.

Are You Committed To Living The Life Of Your Dreams?!

Rise Above All Runaway Reactions