There Is No chaos, There Is Only Creativity 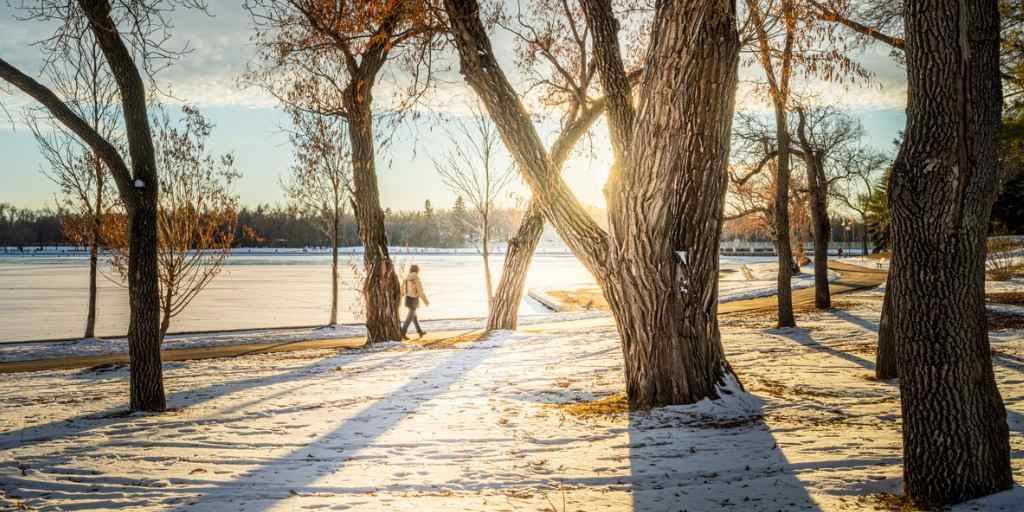 There Is No chaos, There Is Only Creativity

The human mind is addicted to opposites, but it turns out that Nature isn’t. This statement becomes important in a deep way when it comes to chaos. In our minds chaos, or disorder, is the opposite of order. By thinking like this, we oblige the human tendency to prefer order over disorder. Leading an orderly life supports every kind of organized activity from making a meal out of raw ingredients assembled in an orderly way to making an iPhone or any other technological tool in an orderly way.

Chaos is the messiness that disrupts order and can cause it to fall apart. In Victorian times mental illness was often referred to as a disordered mind, and it is the mind that we rely upon to keep life organized and rational. But what if this whole discussion is simply wrong? As long as we believe in chaos, it serves as a potent threat. Cancer causes chaos in the regulation of the body; earthquakes shake up cities; riots in the street threaten civil society.

The threat of chaos changes when we shift our perspective. Expand your viewpoint, and chaos is the mask worn by creativity. To die of cancer returns your orderly body to a disorderly state known as decay, but the material of your body continues to contribute to the life of fungi, bacteria, and  other micro-organisms. Good for them, you might grumble, but without them, human DNA could not have evolved. Earthquakes topple buildings, but without seismic shifts, the present-day continents wouldn’t exist, or the life forms that inhabit Asia instead of Africa or North America instead of Europe.

Creation cannot exist without destruction. This much is clear even in our thoughts. Your last thought has to vanish in order for a new thought to arise. The same is true of chemical reactions and electromagnetic charges that makes the brain operate. No process in Nature can exist eternally, and many of the most crucial, from the viewpoint of being on planet Earth as a living creature, last only a few thousandths of a second at the level of the quantum.

Science has favored an imbalance by favoring destruction over creation. For a long time the model of Nature physics operates under gives precedence of randomness, chaos, accident, and entropy, as if we are back in the 18 century when the cosmos was seen as a windup mechanism like a clock perpetually running down. The cosmic mechanism was set up with everything it needed at the Big Bang, and it has been decaying ever since, with exceptions.

The exceptions are big ones—all the orderly forms in Nature from atoms and molecules to stars, galaxies, and planets. It has never been clear why this imbalance favoring destruction looks upon creation as the exception when just as easily we could see creation as the rule and the dominant force in Nature.

It actually makes sense to see Nature as absolutely creative, with destruction simply being a construct of the human mind. It is impossible to think of any destructive process that isn’t actually a step toward a new creative outcome. Since this is undeniable, from the quantum to the cosmic level, it is better to drop the opposition of chaos and order. From a creative standpoint, disorder mixes things up to open the way for something new to happen.

This new perspective isn’t just a mental game. As long as human beings are just physical entities sitting on a speck of a planet lost among trillions of stars, destruction has the upper hand and randomness rules. But if we are part of eternal creation instead, then our participation changes, and the change is radical. If we live in a participatory universe where our thoughts, desires, and intentions matter, human beings turn into powerful creative agents.

That can only happen when we give consciousness priority over the physical. At bottom, science views chaos as a dominant feature because of physicality—tiny bits of matter can be viewed bouncing around mindlessly everywhere. Yet the bouncing around of tiny bits of matter in our brains doesn’t dominate at all. Those tiny bits are serving the mind and its infinite creative potential. Outside the brain, any given cell in the body is a riot of tiny bits bouncing around, yet our bodies operate with exquisite intelligence, precision, and knowledge. The wisdom of the body sounds like a faddish phrase, but that wisdom is real, and without it we wouldn’t exist.

Physics is currently in a funk due to the unraveling of almost every accepted model based on pure physicality. Look at the rash of current articles in any branch of physics, and you find headlines about quarks (the tiniest building blocks in nature) not really existing, causation going backwards in time, photons being teleported from one location to another, dark matter and energy subverting the whole scheme of atoms and molecules, and much, much more in the way of anomalies piling up to disprove previous assumptions that only a few decades ago seemed all but iron-clad.

The reality is that Nature is totally creative. There are no anomalies contradicting set laws of nature. The laws are provisional at best, constantly open to change. Nor is this change destructive. A new process is always bubbling up to create new forms. A higher order of creation is always possible, which is why physics now credits the existence of trillions of universes, each employing its own laws and its own version of space, time, mater, and energy.

We live in a state of fermenting creativity, and nothing else matters. In the flux of creative dynamism, the only force that oversees everything is consciousness. I don’t have the space to detail why this is true (interested readers can consult my book, Metahuman, for the full picture). But at the very least, once you see that you are embedded in infinite creative possibilities, the current gloom about the future of humankind and the planet we inhabit can be dispelled. The way out of every difficult is always creative, and no one is better placed to put that principle into action than you, me, and everyone.