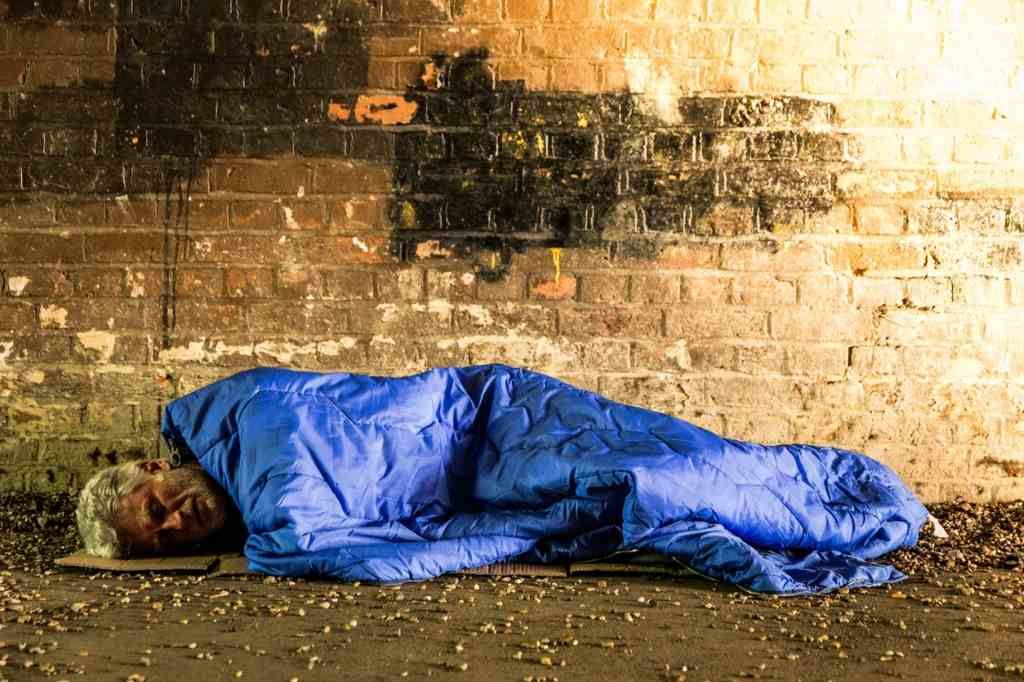 “The ache for home lives in all of us, the safe place where we can go as we are and not be questioned.” — Maya Angelou

It was early evening when it happened.

I was walking back to my car after a boxing session (yup, I box!), when I turned the corner and encountered a homeless man lying face-up on the sidewalk. He was motionless. Quiet. Had little sign of life. I wasn’t sure what to do or how to help him. So instead, I just kept walking with my head down.

A moment later, a thought flashed through my mind. “Did I really just walk past a man lying on the ground and keep going?”

I got into my car and felt a deep sense of shame.

In the county of Los Angeles, more than 50,000 people are homeless right now. The numbers are grim in San Francisco as well. California actually has the highest population of unsheltered people in the U.S. Meanwhile, the numbers are on the rise across the country, especially in western states including Washington, Oregon, Nevada, Hawaii and Alaska. Just last week, California Gov. Gavin Newsom announced the leaders of a Homelessness Task Force and called the issue an escalating human crisis.

As I sat in my car reflecting on what I had seen, that voice in my head kicked in again.

“It’s okay you walked by,” it said. “You can’t help every single homeless person. There are simply too many. What difference would it have made if you stopped?”

Just a day before, I had actually been discussing homelessness with my friend Daniel Lurie. Daniel is the CEO of Tipping Point Community, a major nonprofit that is fighting poverty and chronic homelessness in the Bay Area. Since 2005, Tipping Point Community has raised more than $260 million to educate, house, employ and support individuals living in poverty around San Francisco.

Daniel confessed how challenging the homelessness issue has become in San Francisco and how it keeps getting harder. (Read more about his work in this San Francisco Chronicle profile.) Daniel said that he was encouraged when Salesforce billionaire Marc Benioff and his wife, Lynne, recently donated $30 million toward a research initiative to study the root cause of homelessness and ways to end it. That said, Daniel said he fears the problem is so big that even a billionaire can’t erase it.

I sat there thinking about my conversation with Daniel, and I contemplated the problem that I was ignoring in my own backyard. All of a sudden, I felt motivated to get out of my car and walk back over to the man who I avoided just minutes before.

His eyes turned to mine as I approached. That’s when I noticed a sign that said: “Can you give me money for coffee?”

I asked the man if he was okay. He nodded yes and thanked me for stopping. I then handed him $20 and meekly said, “I hope this helps you get a few hot cups of coffee.”

Right after that, another homeless man came up behind me and also asked for help. I reached back in my bag and handed him $10.

I know $10 or $20 isn’t going to help any one of these people in the long-run. I also know that some people want to discourage us from giving money altogether. But giving money to those two men wasn’t my attempt to fix homelessness in Los Angeles. It was simply about walking by another human being lying in the street and realizing that they deserved to be treated with an ounce of human dignity.

As I drove home that night, my thoughts shifted to all the people throughout the Midwest who have lost their homes to tornadoes and are now living in makeshift shelters. It broke my heart to think about how these families have now lost the safety and security of their homes, too.

We have a lot of issues to address in our society these days. (Tragic shootings like the one in Virginia Beach, access to health care, and increased funding for diseases like Alzheimer’s are just a few of them.) Still, shelter is one of our most basic human rights and needs. It’s not just about having a safe place to lay one’s head at night. It’s about having a place where you can find your sanity and move forward in life. At a core level, every person wants and deserves a place to call his or her own.

Every morning, I wake up and thank God for my health, my children and my home. Feeling safe at home is what grounds me. I can’t imagine what it must be like to not have that sense of grounding in your life.

My friend Daniel said to me, “You know, Maria, we simply lack the political will to fix homelessness in our country.” It’s sad, but I believe that he’s right. The problem is very complicated, and it’s bigger than any one shelter, community or state can fix on its own. We need better policies. We need more innovative solutions. We need a commitment from people at every level to see the humanity in others and raise their hands to help. (I’m grateful to my brother Bobby for using his voice to fight for the rights of homeless veterans.)

I don’t tell my story from this week to shame you or anyone. I tell it because I think we’ve all had these conflicted feelings. We’ve all felt overwhelmed by a problem of this magnitude and asked ourselves, “Is there really anything I can do to help?”

One thing I believe we can all do is talk about our values as a nation. As we head into another political year, this is a time when we must ask ourselves what matters to us most. From time to time, I want to write about the issues that require political will because deciding where we stand on them is about defining the heart and soul of our nation. What kind of country do we want to be?

As I went to bed the other night and thought about how many of our brothers, sisters children, parents and elderly are living without permanent shelter right now, I just felt so ashamed at us as a nation. I really wish we would spend less time talking about one person’s tweets and more time talking about our fellow Americans’ basic human needs. I wish we could have a national conversation about why they aren’t being met, and what we can do to change that.

I know this is a giant problem with no easy solution, but treating all individuals with respect is one place we can start to create ripples of change.

“Just don’t be afraid!” my friend Daniel said. “Sometimes a ‘hello’ or ‘how are you doing?’ can make someone’s day.”

That advice holds true for any of us. It’s true for any human being who wants to be seen, heard and valued. So the next time you see a homeless person on the street, maybe vow to stop for a moment. Smile, say “how are you?” and even ask their name, if you feel comfortable. Perhaps the best way we can make an impact on someone else’s heart is simply by recognizing our shared humanity.