This Is About Us 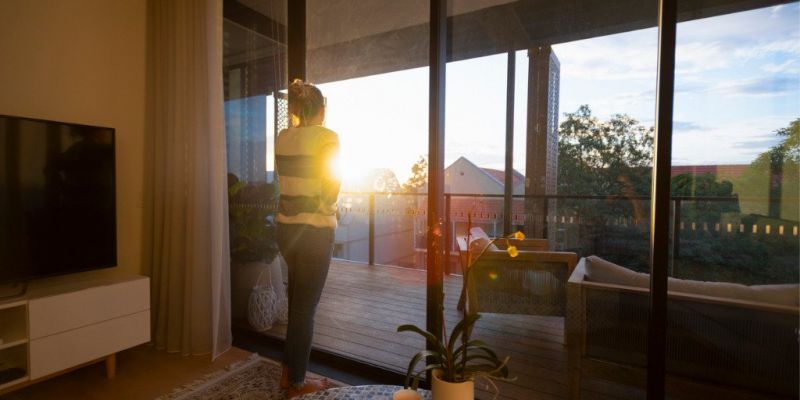 I woke up Wednesday morning feeling down. I mean, really down.

The presidential debate, which was anything but presidential, knocked me back. It was hard to watch. It was maddening, frustrating, irritating, depressing, and downright unbelievable. I’ve never seen anything like it (and I’ve seen a lot).

Friday morning, I found myself simply staring at the tree in my backyard. I always look to my tree for strength and inspiration. I look to it to reassure me that despite whatever is going on in my world or the world at large, it’s going to be OK.

The news that the president has Covid-19 knocked me back too, but unfortunately it didn’t surprise me. I wish I could say that I didn’t see this coming, but it’s one of the few things this year I actually did see coming. I mean, if people can get Covid from being in large, unmasked crowds, from not wearing masks, and from going about their business as usual, well, then why wouldn’t the president and his entourage get it? Why would they be the exception?

Covid doesn’t spare you based on who you are or what your job is. It doesn’t bypass you simply because you don’t think it’s that serious. It doesn’t let you off the hook because you don’t wear a mask and are being tested regularly. It is what it is, and it does what it wants to whomever it chooses. Those are the facts. Just ask any of the people who have lost a loved one to this terrible disease.

That brings me back to the debate. What a night that was. My son Patrick walked out of the room after the president refused to condemn white supremacy. My other son Christopher said he was disgusted and dismayed by all of it. My daughter Christina said it gave her so much anxiety and that it depressed her that that’s where we are as a nation. Agreed. The only moment that touched me was when former Vice President Biden defended his son Hunter, explaining that he had struggled with drugs like so many others and had turned himself around. He said that he as his dad was proud of him. In that moment, I felt for Biden as a father. It was a moment of humanity.

My friend Simon summed up the night in a way that really floored me. He said: “Our politics are a reflection of all of us. It will take years to restore decency.” Was what happened on that stage really a reflection of us? I had to think about that. I asked another friend for her take and she said, “Of course it is!”

My daughter’s friend said she thought the president was “fearless” and that he was simply giving we, the people, what we want. Wow, fearless? Really? Is that really what we, the people, want?

I wish Chris Wallace—a journalist I know and respect—had stopped the debate and sent both candidates out to gather themselves, or even called it off altogether. That’s what a first grade teacher would have done. That’s what I would have done if that was happening at my table. That’s what referees do at boxing events. They call fights. They penalize fighters when they disobey the rules.

Before you say, c’mon Maria, think about your own table. Ask yourself if you would have been OK if that was going on at your table? I know no moderator has ever done what I wish Wallace would have done, but no so-called debate has ever gone down like that. (I’m glad to hear the Commission on Presidential Debates says they’re considering new format changes.)

We have to all ask ourselves, “Is this really what we want? Or do we want the person vying for the most powerful job in the world to display civility, elegance, and manners? Do we want him to model leadership for us, or do we want him to entertain us? Do we look at rudeness, bullying, and interruptions as examples of fearlessness and strength? Or do we have a different model for that?”

To my Republican friends, can you picture President Reagan or Bush or Eisenhower or even Nixon acting like Trump did? I mean, take a moment to think about that. The soul of the nation is indeed on the line, but so is our soul, our character, our decency, our substance, our style, our media, our temperament, and our values.

In therapy, they teach you that an event or person that triggers you—like the debate triggered so many—is there to teach you something about yourself. Ask yourself: Have you ever encountered a man or a woman like the president who talks over you, belittles you, attacks your family and your version of the truth? Whose physical presence is looming? Who doesn’t let you speak and who disputes everything you are trying to say? Pause, close your eyes, and think about it.

Ask yourself: What were the men on stage mirroring to you? What buttons did they trigger in you, and why? What are they doing or not doing that you can or cannot do? How would you have handled the white supremacy question? How would you handle someone speaking over you and drowning you out?

At the end of the day, the debate wasn't just about the men on the stage. It was about us. It was about our politics, or lack thereof. We aren’t listening to each other. We are polarized. We believe that if I’m right, then you must be wrong. We lack empathy. We are more selfish than we used to be. The roots of this division have existed beneath our feet for some time, but they have grown rapidly in the past four years. And now our democracy and the integrity of our election are on the line in a way they never have been before. Is that what we want? Is that who we want to be?

My friend Simon was right. This is about us. Our future is up to us, and the change we want must start with us. We can’t just turn the channel off and walk away. That does nothing. We’ve got to begin confronting the shadow that exists within all of us. Change starts inside of us. In our homes. In our schools. In our conversations. We can do this. We can say no more. We can say we expect better.

Otherwise, we are going to have more verbal brawls, more rudeness, and more rubbernecking, and the job once awarded to the best and the brightest will go to the street bully who tortured you as a kid and never was given a time out. At the end of the day, it is up to us.

What else is up to us? Doing the right thing by social distancing and wearing a mask, short of a vaccine, which we do not have yet and which will not be here before Election Day. It’s our best way of staying safe and keeping our fellow citizens safe. It’s the patriotic thing to do. I don’t want to get sick, and I don’t want to get you sick. It’s the very least we can do.

I hope President Trump and the First Lady get better—and all those who were around the president that got sick (and that number seems to be growing by the hour). I hope everyone who has Covid gets better. I hope we can all wake up and care for each other so that the virus slows and fewer people get sick. Combined, that simple wish and act is a step towards moving humanity forward. It’s a step toward healing us. It’s a step toward recapturing our collective hearts.

In a way, Covid can be the ultimate unifier. I’m dependent on you wearing a mask, washing your hands, and practicing social distancing. I’m dependent on you telling me truthfully what you are doing. You are dependent on me to do the same. If I come to your house experiencing mild symptoms and don’t tell you, or if I tell you I’ve been quarantining but I haven’t, or if I tell you I’m taking it seriously but I’m not, then I put you at risk of sickness and death. You do the same to me.