Two Steps to a New Relationship With Your Partner and Yourself 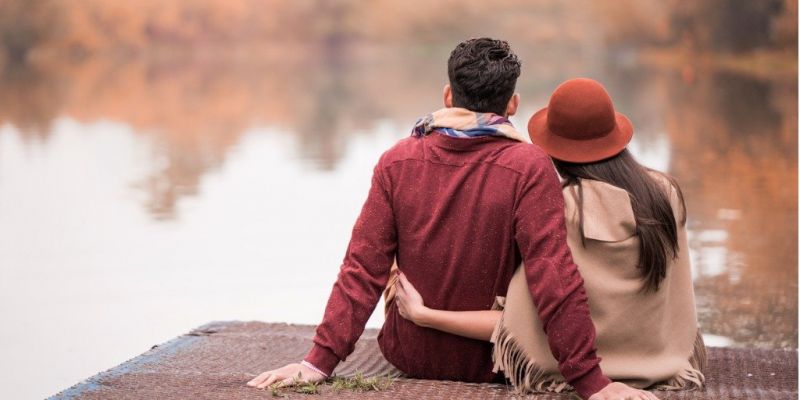 Two Steps to a New Relationship With Your Partner and Yourself

In the largely autobiographical film “Peaceful Warrior,” loosely based on the book Way of the Peaceful Warrior by author Dan Millman, we meet a mysterious old man, a delightful character by the name of Socrates who operates a run-down gas station. The story line revolves around the relationship that Socrates develops with Dan. As the plot develops, and Dan learns to trust the old man, Socrates takes him through a series of powerful experiences and challenging life lessons all designed to achieve a single end: to help Dan realize and then release himself from a set of largely self-imposed limitations carried over from his past. At an inflection point in one of their dialogues—to help strengthen the point he wanted to make of a particular lesson—Socrates tells Dan:

“The secret to change is to focus all of your energy, not on fighting the old, but on building the new.”

This idea seems simple enough to understand and, at one level, it is. But hidden within it is also a secret instruction that, once revealed, will help us see the way out of any and all old patterns we may be reliving with our partner. Study the following insight closely; read and reread it as needed until some of its higher understanding reaches the part of yourself able to employ its power.

At the outset of feeling any disagreement about to begin—whether we’re about to go on the offensive, or find ourselves on our heels, feeling defensive—we must have enough awareness of ourselves to realize this very simple truth: in that same moment there is only one of two things that can be causing this conflict. Either an unseen part of us has acted to start this conflict, or some unconscious part of us has been stirred into opposing a similar characteristic in our partner. As long as we remain unaware of this “starting gun” that sets us racing to win the argument, we’ll continue to see everything about the moment from one side only: our side. But here’s the truth, as well as the explanation for why no one can ever win such a race:

Both of these actions—whether an unseen part of us steps up to initiate the pattern, or steps back to resist an equally unwitting action instigated by our partner—are a part of the overall pattern. In other words, the real reason this negative pattern keeps being resurrected is that, over and over again, we identify with one side or the other of these opposing forces. Take away either one of these two sides and well, you’ve heard the old expression: “what if they gave a war, and no one came?” This is why as soon as we catch the smallest hint of impatience, a mounting frustration, or any sense of resentment gathering steam we must act—decisively—as outlined here in the following two steps.

The moment we can be aware of any negative thought or feeling looking to dig up a familiar reason to blame our partner for something, we must work to instantly drop these troublemakers, much as we would a hot skillet that we know will burn our hand if we hold on to it.

After all, now that we’re aware of how these opposing forces draw us into their struggles—trying to set us against each other—we know better than to take their part in any pattern they seek to create within us. And yet, as liberating as this first step may be, it’s only a hint, the herald of a still greater power to come.

Now that we’re becoming aware of these opposing forces, and how they trick us into identifying with their struggles—setting us at odds with our partner—the stage is set to turn our higher self-understanding into this completely new action.

The more we study the wisdom of this next insight, agreeing to embrace the truth it reveals, the more we will find ourselves with the power we need to shatter any punishing pattern before it begins:

The instant we become aware of any opposing force at work in us—some negative thought or feeling wanting us to embrace its agitation—not only must we drop it on the spot, but we must also drop any familiar sense of self that has appeared with it in that same moment. Here’s a short illustration that shows why we must detect and then reject this false identity.

Imagine you’re walking down the street, maybe after dinner, and you’re window-shopping with your partner. Things couldn’t be nicer, and you’re feeling a quiet sense of gratitude for all that life and love have given to you. Then he says, out of the blue, something like: “You know, I’ve been thinking about it, and we really need to cut down on our expenses.” Say what?

In less than a heartbeat, gone is that contented sense of yourself—the “you” that just a moment before didn’t have a care in the world. Its been replaced by a smoldering sense of discontent with your partner as well as “the whole situation”! You’ve gone from being mild Dr. Banner to the angry “Hulk,” and the only one who sees this terrible transformation is your partner, who suddenly wishes he were anywhere else but standing next to you! Here’s the point of this illustration:

Not only weren’t you feeling anything like a “Hulk” before his ill-conceived words were spoken, but neither did there exist that agitated sense of yourself that’s now advocate for, and defender of, some aggressive negative state!

This false sense of self is now in charge. In such moments—being now unconsciously identified with a host of negative thoughts and feelings—whatever they oppose, you do too; their nature has become as your own. They call the shots: cruel things are said; actions soon regretted are taken. And yet, the only power this painful pattern has to keep you in its grip comes from but one place: your identification with the negative forces that are keeping it in play. S

So, rather than identifying with these unconscious parts of yourself that want to justify being negative … say goodbye to them instead. Choose to snap the spell of this false sense of self by deliberately dropping any dark inner dialogue it may be trying to drag you into as to “why” you have to set things straight. Be vigilant with this new kind of inner resolve and you’ll soon see your negative state—and the false sense of self that embraces it—fade away. Their disappearance is the same as dropping the painful pattern that they were trying to keep alive.