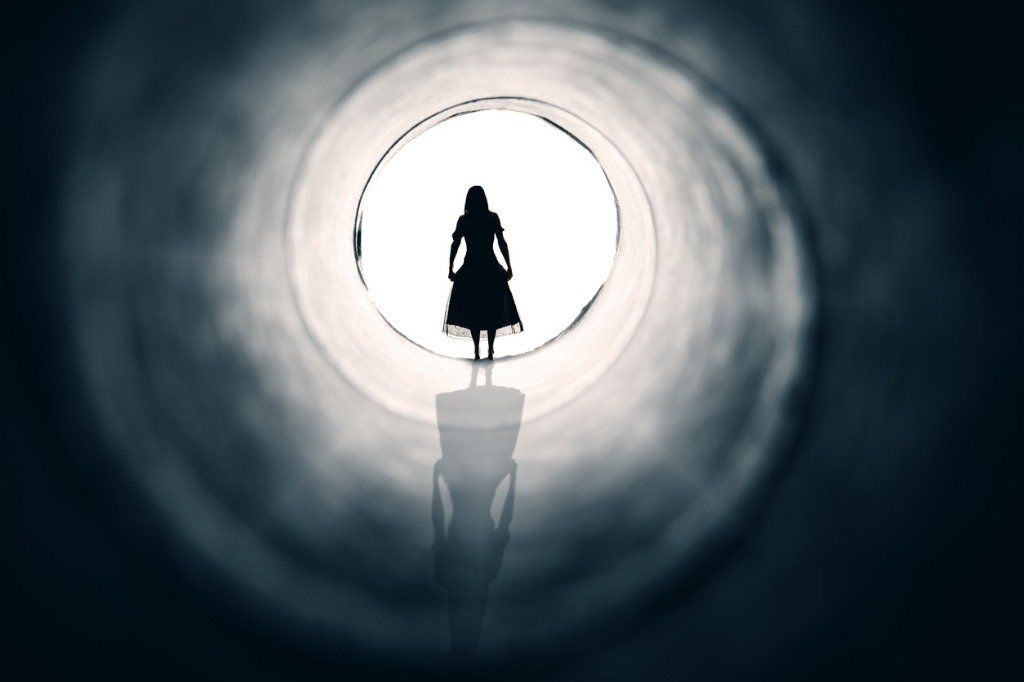 The near-death experience (NDE) has entered popular culture, starting in the 1970s, and "going into the light" is considered by the average person to be what happens after you die, assuming that anything happens. But the largest study of NDEs, which examined 2,060 patients who died under emergency or intensive care, arrive at the conclusion that death isn't a single event--it is a process. During this process, there are ways to reverse death. If you are successful at getting the heart, lungs, and brain to come back to normal functioning, about 40% of those who died and came back remember that "something happened" when they were flat line.

This part of the study, which was titled AWARE and was led by intensive-care doctor Sam Parnia, seems irrefutable. But very quickly the details of "something happened" become controversial. We have to dive into a few details to see what the issues are. Out of the 2,060 patients who died (the study went from 2008 to 2012 and included 33 researchers in 15 hospitals), 104 were resuscitated. The first point to note is that all had actually died. They were not "near death." Their hearts and lungs had stopped functioning, and within 20-30 seconds their brains showed no activity. The decomposition of cells throughout the body actually takes several hours to commence afterwards. During the interval between dying and being brought back is when 39% reported the memory of being conscious even though their brains had stopped.

Dr. Parnia believes that this is probably just a fraction of those who had such experiences; the rest had their memories erased either by brain inflammation, which occurs for 72 hours after a person is brought back from death, or because of drugs that are administered as part of resuscitation that also cause memory loss. But of the 101 out of 104 who completed the questionnaire about their experience during death, only 9% had an experience compatible with the typical view of NDEs; the majority of memories were vague and unfocused, sometimes pleasant but sometimes not.

Only 2%, which means two people out of the 104 who completed questionnaires, had the experience of full awareness or out-of-body experiences like looking down from above their bodies watching and listening to the medical team as it was working to revive them. Of these two people, only one could accurately narrate what had been happening in the room in such a way that it corresponded to timed events. So what does this one person tell us about dying?

It depends. Skeptics shrug off all such experiences as purely physical, claiming that if we had finer measurements of brain activity, at a very subtle level we'd discover that the brain hadn't actually died. Dr. Parnia accepts that this might be true. His main focus is on how to achieve better results at resuscitation that might bring back a normal person with no organ damage, particularly brain damage after clinical death. But Parnia's personal conclusion is that a person can be fully conscious without brain function, as this one patient was. He points to the basic disagreement, thousands of years ago, between Aristotle and Plato. Aristotle contended that consciousness was a physical phenomenon, Plato that it was non-physical, residing in a soul that transcends the body.

The AWARE study didn't confirm either side. Unsurprisingly, skeptics and believers didn't change their position, or their prejudices one way or another. One can say that it's a significant step to turn death into a process that can be reversed. It's also significant that awareness during death covers a wide range of experiences, not a one-size-fits-all of going into the light. Parnia found that people's spiritual interpretation of their death experience coincided with their own faith. They interpreted the light as being Christ, if they were Christians, which was different for Hindus and non-spiritual for atheists. but the consensus was that death is a comfortable process, not to be feared. Having directly experienced that their old fears were groundless, these people who came back had a different perspective on life. Many if not most also concluded that they should lead more selfless lives in service to others.

If we stick with the Aristotle-Plato split, scientists are almost totally committed to the physical explanation for consciousness (i.e., the brain creates consciousness) while a strong majority in the general public tell pollsters they believe in the existence of the soul. I think it is useful that the AWARE study validated that "something happens," but why are we trying to settle the issue of consciousness at the most extreme moment when life and death are at stake? It's like trying to validate gravity by asking survivors of a plane crash about their experience of falling from the sky.

It is the normal, everyday experience of consciousness that needs to be explained, not the extreme states. I've debated or conversed with many neuroscientists, and all, I concluded, believe that the brain creates the mind. Yet despite being experts on brain activity, none has been able to answer the simplest questions about consciousness. These simple questions include the following:

What is a thought?

How does the electro-chemical activity in a neuron turn into words, sights, and sounds in our heads?

Why is a person's next thought totally unpredictable?

If someone has a vocabulary of 30,000 words, does this mean that a clump of brain cells knows 30,000 words? If so, in what way are the words being stored? For the word "cat," is there a place inside a brain cell that holds the letters C-A-T?

All brain activity occurs here and now, in the present, because chemical reactions and electrical impulses are instantaneous events. So how is it that I remember, relive, or revisit the past?

There is such a thing as "sudden genius syndrome," where a person who has little knowledge of music, mathematics, or art suddenly acquires deep knowledge. How can they suddenly know what their brains never learned?

Genius exists among child prodigies. A musical prodigy can play Mozart before age three on the piano. How is this consistent with the known facts about the development of infant brains?

There are lots more of these basic questions, and assuming that they can be answered by measuring brain activity is wobbly, so wobbly that the basic belief about the brain creating the mind should be taken by everyone with a huge grain of salt. Not just Plato but some of the greatest physicists of the twentieth century were convinced that consciousness simply is--it pre-existed the evolution of the human brain and indeed is the basic "stuff" of creation. It is only a tiny step for one patient to see and hear what is happening around her when she was clinically dead, but in that one experience could be hidden an important conclusion: consciousness exists outside the brain.