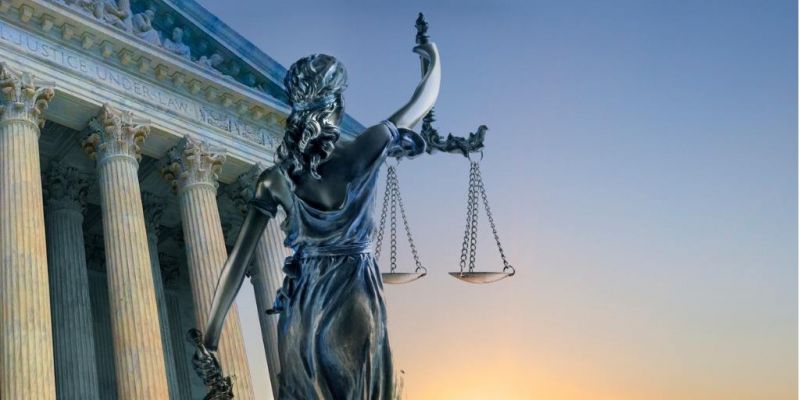 This is a seminal moment for each of us to dig in and dig deep.
"Fight for the things that you care about, but do it in a way that will lead others to join you."  -Ruth Bader Ginsburg

I haven’t been sleeping well lately. I can’t come up with one particular reason why, however I can come up with about 100 different things that keep me up at night staring at the ceiling.

This weekend, it was the passing of one of my heroes, Supreme Court Justice Ruth Bader Ginsburg. Her death brought me to tears for so many reasons. I admired her. I was deeply grateful to her. I depended on her. I depended on her being here. I depended on her voice, her judgment, and her guidance in the public square. Her death left me feeling down, really down. I even felt a wave of despair come over me. So much has happened in 2020, and yet Ginsburg’s passing is one of the biggest and most consequential news stories of this year.

Who will ever replace her? I wondered. Who has her character, her fierceness, her ability to work across the aisle? Who will be the beacon of hope that she was? Before I could even absorb her passing, the news exploded just minutes later with reports that Mitch McConnell would hold a vote on President Trump’s nominee, even though historically no president has nominated and confirmed someone this close to Election Day. I mean, really? As my mother used to say, “That is so déclassé.”

Ginsburg’s death superseded almost everything else that’s been keeping me up at night: the election, the fires, the division in our country. It’s all so much at once. Friday night’s earthquake here in Los Angeles felt like one more disruption to add to the list and had me in conversation with Mother Nature once again. The fires in my state are out of control, and so are my own bad eating habits (which I’m blaming on watching the news late at night). My youngest son is moving out the house, too. There are about a million other things keeping me up at night as well, but I don't want to bore you.

I remember many years ago when I read “Eat, Pray, Love.” In the beginning of the book, author Elizabeth Gilbert writes about this same kind of feeling. The feeling when you know you can’t go backward and yet you don’t know what forward looks like. That’s when your own voice (or God’s voice) simply tells you to go back to bed.

I know that a lot of people have a lot of things on their minds these days. I know I’m not the only one staring at the ceiling in the middle of the night wondering whether to go back to bed or hit the streets. I know many are wondering what the heck is going on with our country, our politics, our climate, our race relations, our schools, our neighborhoods, and our news. Many of us are also wondering what we can do about it all.

How do we turn despair into action (as Jane Fonda has done so well with her new book on climate change)? How do we turn sleepless nights into days of hope and transformation? How do we each drill down and decide what needs to get done when it feels like the scene outside our windows is almost biblical in its destruction?

If she were alive today, I know that my mother—who was a friend of RBG and her husband—would be fired up. She’d be on the phone. She would have called me in the middle of the night (she never slept) and told me to get up and get going. She would have been organized by now, and I would have my marching orders. In her name, in her spirit, in honor of RBG, we all have to suit up. We all have to make necessary calls. We all have to do it in a way that is confident, clear, and fierce.

The other day, one of my son’s friends said to me, “No one is thinking for themselves anymore. I’m trying to decide what I think, but I’m confused by what everyone is telling me to think, so I’m just going to bow out.” All I could think was, what?

Then, a good friend of mine—one who is known for telling people what to think—said to me, “I’ve got nothing left. Nothing to say. Nothing to give. Nothing to add anymore. I’m going quiet.”

I was bemoaning all of this the other day to my friend Tom. Tom is a gifted writer and a deep thinker. I was sharing my questions about life and one’s mission and purpose and was wondering out loud what we should all be doing with ourselves right now. Instead of telling me what he thought I should be doing, Tom shared a story about Eckhart Tolle.

Before he became a big famous author, Tolle asked himself how he could use his voice to reach more people and cut through the noise? Tom told me that Tolle said to the universe: “Use me. Use me.” He told people to invite the universe to use them, but to also be prepared for what comes next. I love that. What came next for Tolle was his book “The Power of Now” and worldwide acclaim. What came next was a larger platform for his voice and his words, as well as a deep connection with those he was trying to reach.

I told Tom that every morning when I wake up, I say to God, “Show me the way.” Now, I’ve started adding, “Use me” to my prayers as well.

After all, the antidote to all the noise (short of a news fast) is to be of use to your community, to your family, or to others in ways you may have never even entertained. Maybe you are not going to write “The Power of Now” like Tolle, but maybe like Pema Chödrön you will write something like “When Things Fall Apart” and really help people when they are in their dark night of the soul. Maybe you’ll join Jane Fonda and fight climate change in your own way. Maybe you’ll help struggling moms and dads with food or clothes or cash. Maybe you’ll fight to make sure Ruth Bader Ginsburg's dying wish, which was not to be replaced before the election, will be granted.

I don’t know how the universe will use you, but I do know that asking is a good first step. Surrendering to the answer is key. I know believing you have something to offer is a universal truth. I know each of us is needed right now. I know each of us has a role to play in making things better.

Ruth Bader Ginsburg fought to make life equitable, just, and fair until her dying day. She was 87 and still suiting up every day. She always had something to give and to say, and she never stopped trying. She used her voice every single day on behalf of what she believed to be right.

If nothing comes up when you ask yourself how you can be of service, keep digging. Let me know what comes up, and be prepared for what comes next. I’ll bet the answer won’t be to go back to bed.