Fast Food Health Risks That Will Shock You 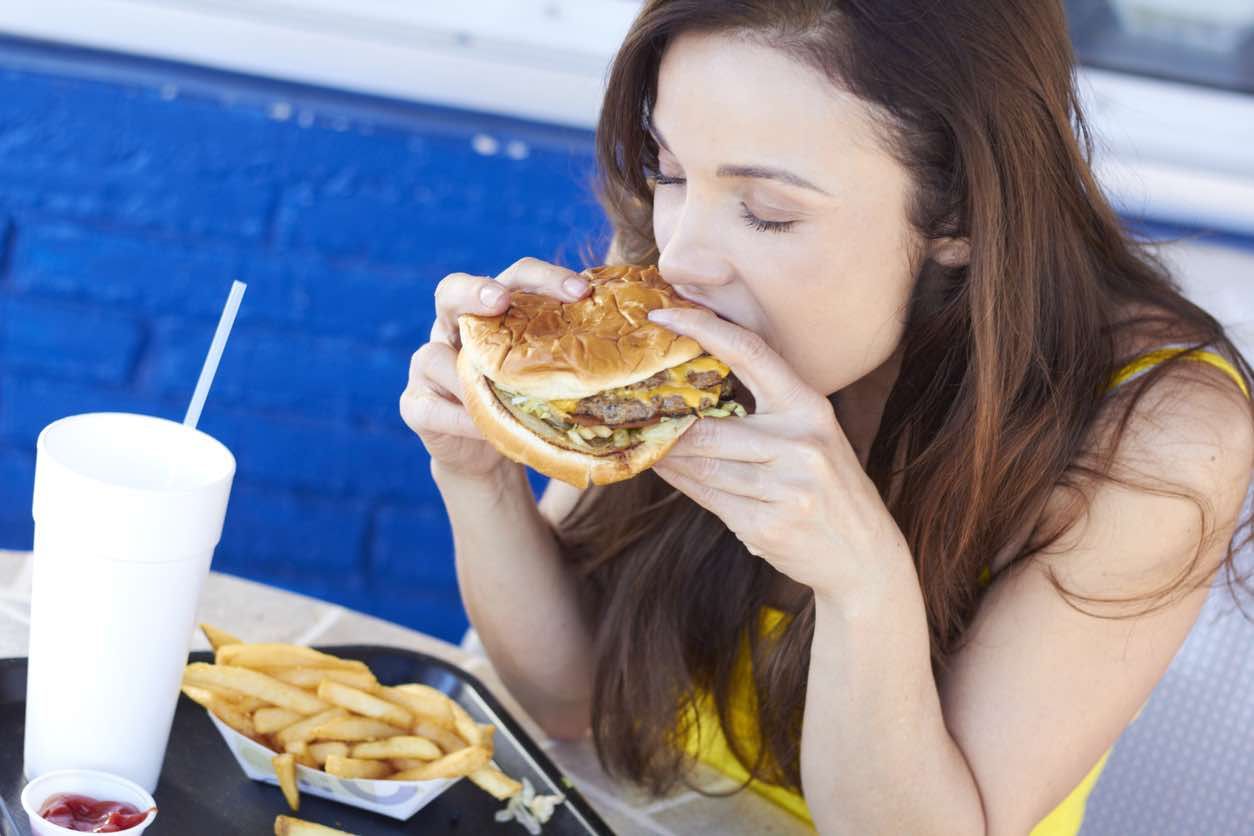 Today, the majority of people in most of the developed world get more than half their calories from processed, fast, and fake foods. The fast food health risks are shocking. And it’s only getting worse.

The global fast food market is growing. And the demand for packaged foods is predicted to increase as well.

Industrialized food industry giants like KFC, Nestlé, and McDonald’s are aggressively expanding in developing nations and getting people hooked, in places such as Brazil,Ghana, China, and India, where obesity and other health issues are becoming an epidemic.

Fast and processed foods are common today. But they may be more destructive for our health and for society as a whole than you ever imagined.

You’ll learn all about the damaging impacts of these unhealthy foods. But the good news is, you have the power to help change these trends.

The first step is education.

The industrialized food industry hopes you never discover some of the things they do. Even if you don’t eat fast or processed foods often, you’re still affected by these industries.

Because of their practices, you may pay higher taxes. You may pay more for health insurance. And your friends, loved ones, and your community may be more at risk than you realize.

See why in this short video from Dr. Joel Fuhrman — a popular Food Revolution Summit speaker and author of the new book, Fast Food Genocide: How Processed Food Is Killing Us and What We Can Do About It.

What does Dr. Fuhrman mean by fast food?

Dr. Fuhrman says fast foods are anything out of a bag or a box or with a wrapper on it. Anything you can eat fast, that’s already pre-made.

Fast food is digested fast and absorbed into the bloodstream quickly. And it’s not only found in fast food restaurants.

According to Dr. Fuhrman, examples of fast foods include:

Fast food health risks you need to know about

You may be aware that fast and processed foods can harm your physical health, leading to diabetes and obesity, as well as premature cardiac death, cancer, strokes, and more.

But these foods are also altering your brain and your mental health – fueling depression, mental illness, and other issues.

According to a study published in the Public Health Journal, people who eat fast foods are 51% more likely to develop depression compared to those who eat little or no fast food. And this finding was for people who only consumed two servings of fast food a week.

Another study published in the Journal of Adolescence Health found that eating just one serving of French fries per week during adolescence increased women’s breast cancer risk later in life by 27%.

And a study published in Circulation found that eating fast food one time per week increased the risk of dying from coronary heart disease by 20% — a risk that grew to 50% for people eating fast food two or three times per week.

Other documented impacts from these foods include:

And for kids who eat fast food and processed foods, the situation may be even worse.

How do fast food and processed foods affect the health of children?

Children who consume nutrient-rich diets have been found to perform better academically than those who are nutrient-deficient.

Well-fed children have been found to be:

Children are also developing habits and tastes that will affect them as they become adults. If kids eat fast foods often, it will harder for them to break those patterns later in life. And childhood eating habits have far-reaching consequences.

According to a study published in the British Journal of Psychiatry in 2009, eating candy and sweets in childhood is linked to later-life violence, drug use, and drug abusemore than any other parameter. It was found to be a more significant determinant even than being raised by a single parent or growing up in poverty.

And raising children on unhealthy foods doesn’t only impact their lives, but also the lives of their descendants. Dr. Fuhrman points out that when children eat unhealthy foods, they may be damaging their genes.

Why do people eat junk foods despite the fast food health risks?

Fast food is appealing — it’s cheap, convenient, tasty, and in many circles, socially acceptable. But the health concerns are dramatic. So why do so many people continue to make choices they know are not in their long-term best interests?

Fast food and processed foods are being designed to alter our brains and drive food addiction.

The science of food addiction says these foods produce the same biochemical effects in the brain that are characteristic of substance abuse. Hundreds of millions of people have come to crave these unhealthy foods.

How can you take action?

Dr. Fuhrman says, “We need a revolution in information about our food, nutrition, and health, and it starts with you.”

Getting educated about the negative consequences of consuming junk foods can help you talk about the fast food health risks with other people in your life. And you can set an example by saying no to fast food foods – and saying yes to healthy alternatives.

Even if you’ve been eating an unhealthy diet for your whole life, it’s never too late to make a change – and to reap the benefits.

Want to take your learning further? Get Dr. Fuhrman’s new book, “Fast Food Genocide.” He says it may be the most important book of his life.

10 Simple Self Care Tips To Manage This Mercury Retrograde

How The Reset Works In U.S. Healthcare.
What is Miso? Introducing a Longevity Food of the Blue Zones
Holistic Tips to Fight Off Winter Blues
Twenty Quick and Simple Ways to Get Unstuck
Path to Recovery: How Yoga, Meditation and Mindfulness Can Aid in Addiction