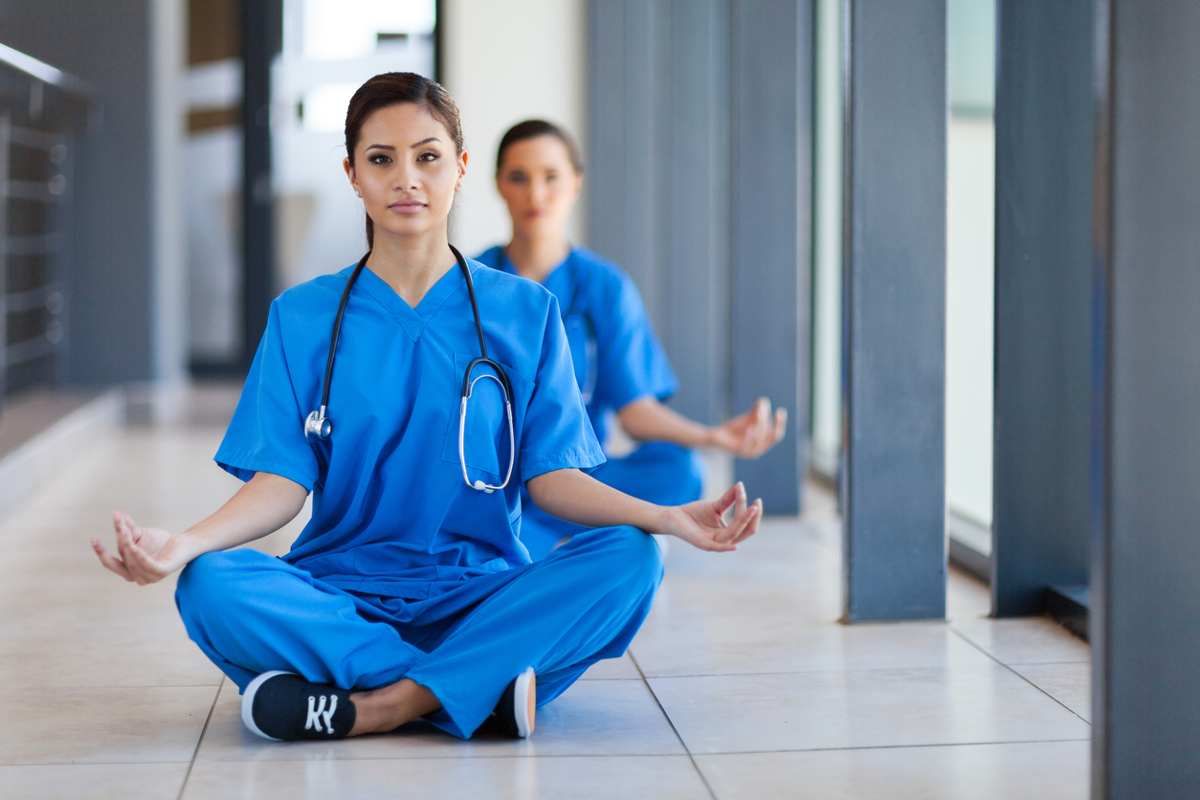 How the core problem shows up

You can see the effect of a machine-like perspective of the human being in most clinical settings. Clinicians are often scrambling to see the number of patients scheduled in a day. While a car is a machine designed to be accelerated safely up to the speed limit and even beyond that, a clinician’s insights cannot be accelerated safely. Intuition and rapport are not made up of little parts.

Observe any clinical setting and there is good chance you will see clinicians and patients with pent-up emotions, unexpressed concerns, and a general sense of overwhelm, often under the blanket of a half-smile. This isn't normal. It results from an inner clash in the psyche between an old story telling us to push on like machines at any cost, and our own intuition knowing that there is more to the picture.

If you look in an anatomy textbook, a patient is depicted as a jigsaw puzzle. While this perspective has its value as a learning strategy, it rarely advances to a higher, more complete vision of the whole human being. As a result, diagnoses can be incomplete, and underlying problems that are not physical in nature fester until they cause problems at the physical level. This may be a reason why cancer, heart disease, auto-immune disease, and mental illness are rampant even as we experience a technological leap.

How are we coping with the core problem?

It is phenomenal that despite the pervasiveness of the core problem and the lack of attention given to it, we still manage to do many things well in healthcare. This is a testament to our creativity and intuition.

You and I know we’re not just robots. We’re not just a bunch of atoms thrown together. We’ve always known that, even before we studied our first textbook. We know that we feel, we think, we learn, we love, and we find meaning, even if these are not considered part of our anatomy. That innate creativity and intuition finds a way--at any cost--to work around misconceptions that function as roadblocks to health and care.

But our intuition shouldn’t have to be at odds with what we learned. We shouldn’t have to pick sides between a mechanistic model of what we are and an intuitive one. Both have their place, therefore they must be integrated. What if I told you that integration happened about 100 years ago?

About 100 years ago, a pioneering cadre of Nobel prize-winning physicists discovered that the apparently physical atoms and particles that make up the human body were not physical at all on close inspection, but instead, mental in nature. Particles were first and foremost observations in a mind, not things. The results of their findings and of further experiments conducted over the last many decades were summarized in a 2005 article in the journal Nature by Richard Conn Henry, Professor of Physics and Astronomy at Johns Hopkins University. He wrote:

...The 1925 discovery of quantum mechanics solved the problem of the Universe’s nature. Bright physicists were again led to believe the unbelievable — this time, that the Universe is mental. According to Sir James Jeans: “the stream of knowledge is heading towards a non-mechanical reality; the Universe begins to look more like a great thought than like a great machine. Mind no longer appears to be an accidental intruder into the realm of matter... we ought rather hail it as the creator and governor of the realm of matter...”

…In place of “underlying stuff” there have been serious attempts to preserve a material world — but they produce no new physics, and serve only to preserve an illusion…

...As Sir Arthur Eddington explained: “It is difficult for the matter-of-fact physicist to accept the view that the substratum of everything is of mental character...”

In other words, experiments over the last 100 years have suggested that what we experience as the physical world—including our bodies as clinicians and patients—are actually mental. We are not primarily interfacing with things, we are interfacing with mental experiences. It is not wrong, per se, to say that we are made of atoms, but it is remarkably incomplete. We must recognize that the atomic framework is simply one way to map what we mentally experience. Science and intuition are complementary, not at odds.

If this sounds like a radical notion, recognize that it is only radical when juxtaposed against the belief system we have been fed for the last many decades. When we inquire into our own experience, it confirms what science discovered 100 years ago yet scientists have been hesitant to say: Anything we know is known only as a mental experience. This includes the mental experience of what we call a "physical" body.

Richard Conn Henry is surely not alone in his deductions. Numerous other scientists are with him. The evidence for a mental universe continues to build, but like any paradigm-shifting idea, the challenge of shifting minds and entrenched careers and institutions is not met overnight.

Enlightened Medicine will fully bloom when a critical mass of clinicians, patients, and administrators realize, through introspection and analysis, what science already knows—first and foremost, we are conscious beings. We interface and communicate with each other as and through the mind, not as robots in a concocted, physicalized world. When we fully realize this truth, we will unlock the depths of the mind and go beyond mere disease management to healing and cure for patients and clinicians.

Enlightened Medicine is unstoppable. An intelligent person who inquires into their own experience can’t help but see that everything we know is a mental experience, and even more, that the entire history of human knowledge, including science, is essentially a series of experiences occurring in consciousness. Consciousness is primary; matter is secondary. Those who fail to explore the possibility of the primacy of consciousness over matter through introspection and inquiry not only deny science, they deny their very own experience of life and contribute to unnecessary suffering in healthcare. Their contributions to healthcare are nearing their end. Current and future leaders of medicine: Wake up!

A healthcare system built on these experiences will undoubtedly discover now-unthinkable technologies to promote, sustain, and return to wellbeing.

I am not describing utopia, though the above list certainly appears utopian in comparison to what happens today. In this coming era of Enlightened Medicine, there will still be sickness and bills to pay, yet the heart of healthcare will be transformed, permeating the entire system. Healthcare will naturally orient around and align with wellbeing at the highest levels. This is the highest goal.

How do we make Enlightened Medicine the new standard?

We are already on our way. Here’s what you can do to help.

Enlightened Medicine will not emerge from large organizations as a shiny, new initiative. It will emerge from you and I connecting with ourselves and those around us.

Michelangelo's Medicine: how redefining the human body will transform health and healthcare

How to Create a Zen Home & Office Space

Stretching for Enlightenment: Benefits of Yoga and Tai Chi

How to Balance Hormones Naturally with Diet & Lifestyle

Cool that fire: Inflammation
5 Health Benefits Of Soybean
How to Create a Zen Home & Office Space
Stretching for Enlightenment: Benefits of Yoga and Tai Chi
How to Balance Hormones Naturally with Diet & Lifestyle