What are the stages of the journey towards the Living Spirit? 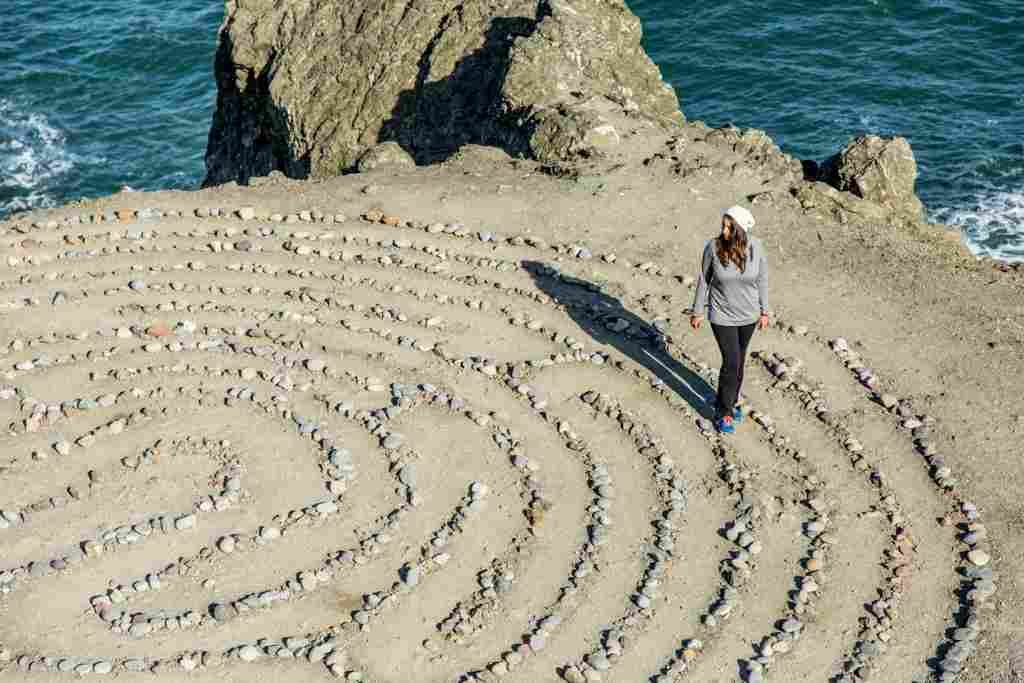 What are the stages of the journey towards the Living Spirit?

Welcome! It’s so graceful to share the journey. We’ve been on the journey a long time together. We’ve gone through a lot of stages.

And just as in any journey, some people have dropped along the way, have had enough for this round. Others have been waiting for us to catch up. The journey passes through the seven valleys, the seven kingdoms, the chakras, the planes of consciousness, the degrees of faith. Often we only know we’ve been in a certain place when we pass beyond it, because when we’re in it, we don’t have the perspective to know, because we’re only being. But as the journey progresses, less and less do you need to know. When the faith is strong enough, it is sufficient just to be.

It’s a journey towards simplicity, towards quietness, towards a kind of joy that is not in time. It’s a journey out of time, leaving behind every model we have had of who we think we are.

Because many of us have traversed this path without maps, thinking that it was unique to us because of the peculiar way in which we were traveling, often there has been a lot of confusion. We have imagined that the end was reached when it was merely the first mountain peak — which yet hid all of the higher mountains in the distance. Many of us got enamored because these experiences along the way were so intense that we couldn’t imagine anything beyond them.

Isn’t it a wonderful journey that at every stage we can’t imagine anything beyond it?

Every point we reach is so much beyond anything up until then, that our perception is full, and we can’t see anything else but the experience itself.

For the first few stages we really think that we planned the trip, packed the provisions, set out ourselves, and are the master of our domain. It’s only after a few valleys and mountains some ways along that we begin to realize that there are silent guides, that what has seemed random and chaotic might actually have a pattern.

It’s very hard for a being who is totally attached and identified with his intellect to imagine that the universe could be so perfectly designed that every act, every experience is perfectly within the lawful harmony of the universe — including all of the paradoxes. The statement, “Not a leaf turns but that God is behind it,” is just too far out to think about. But eventually we begin to recognize that the journey may be stretching out for a longer span than we thought it was going to.

We in the West seem to have become very reactive toward traditional religious forms, which I think comes from the way we’ve seen rituals and ceremonies used as ends in themselves — as a mechanical, ritualistic priestcraft, with the Living Spirit gone out of it. That has certainly happened in the East, and it’s happened in Western religions as well.

In most cases, that’s come out of a healthy awakening to the deadness of the existing structures. But somehow we’ve gotten a little lost in thinking that traditions are per se bad, when maybe what’s needed is not to throw them away, but to reawaken them.

I think that one of our challenges now is to become sophisticated enough not to throw out the baby with the bathwater.

I have gone to a lot of traditional religious communities in both the East and the West. You go into a church or a temple, and often what you see is that everybody’s going through the motions: they go through the ritual as if they were checking off their shopping lists at the supermarket. They may be singing wonderful songs about resurrection and rebirth, but nothing’s happening. The ceremony and the ritual originally came out of the Living Spirit, but that’s gotten lost in the shuffle, and what’s left is just the mechanical stuff.

But now if I come back to it with eyes that are tuned to other planes of consciousness, and if I can center and not get lost in my own reactions to the situation, suddenly there it all is: Living Spirit again.

I think that we are all being prepared — all of us — to serve in that capacity of reinvesting our society with Living Spirit. And that happens through our becoming Living Spirit — because the only thing you can really transmit to another person is your being. The fancy words don’t mean a thing.

Are You Pushing Miracles Away?